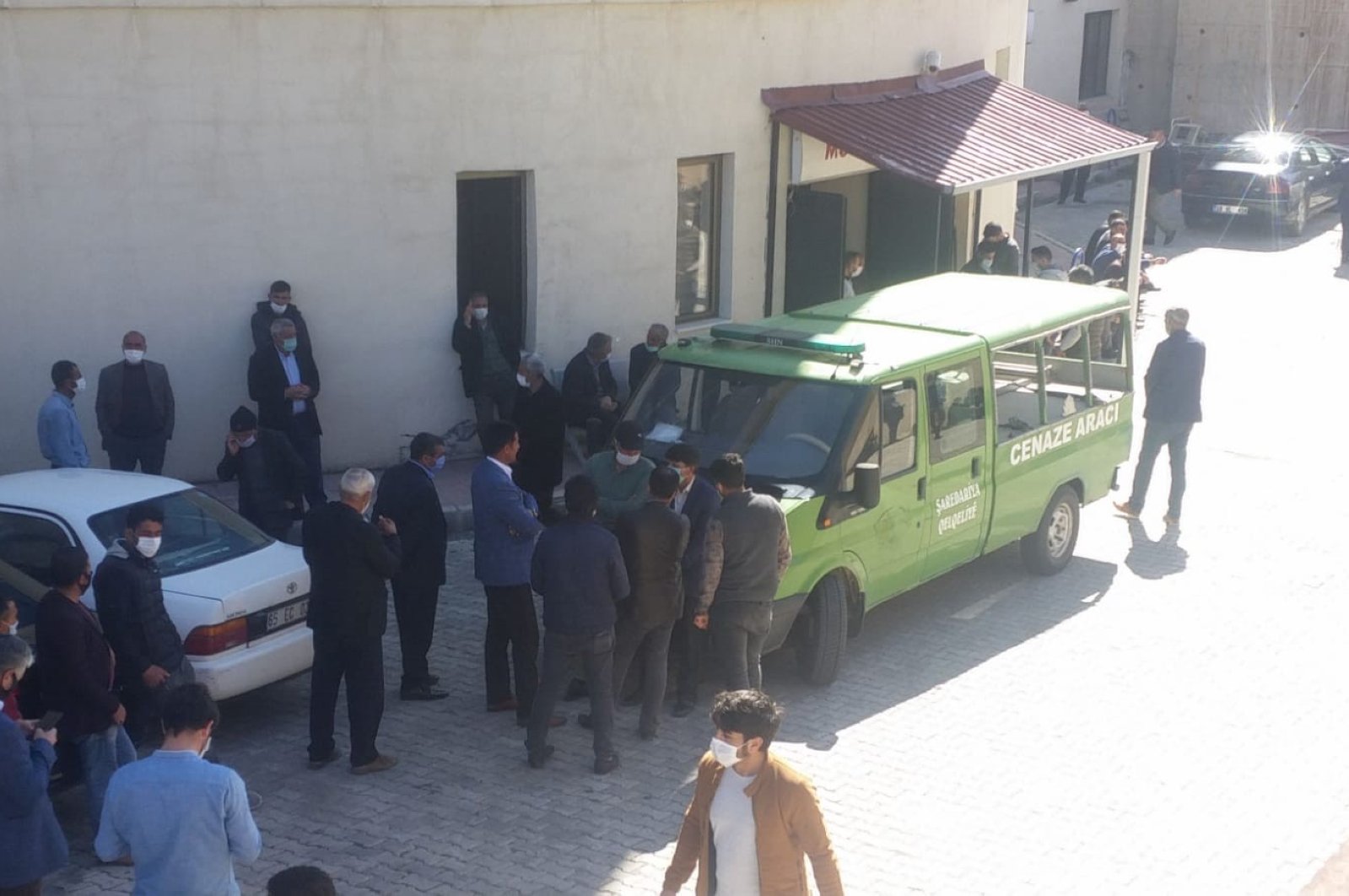 The PKK's brutality has proved to have no limits as the terrorist group has targeted civilians providing aid to needy people in coronavirus-hit regions, killing two social workers while injuring another

Two social workers were killed on Thursday in eastern Turkey's Van province in a PKK terrorist attack that took place despite the Islamic holy month of Ramadan and the ongoing coronavirus outbreak the country.

Workers with a Vefa Social Support Group, which was formed to assist people during the pandemic, have been attacked while returning from a quarantined neighborhood in Van's Özalp district.

According to a statement made by the Van municipality on Thursday, the group was in the neighborhood to distribute aid. After their work was done in the region, they were attacked by the terrorists using long-barreled weapons.

With an attempt to capture the perpetrators of the attack, a large-scale operation has been launched in the region as well as an investigation into the incident.

Vefa Social Support Groups were initially formed to respond to the needs of people older than 65 whose mobility has been restricted as part of the coronavirus measures. Public workers, such as police, gendarmerie, security forces and personnel of Turkey's Disaster and Emergency Management Authority (AFAD), not only meet the needs of senior citizens but also provide protective equipment including masks, cologne, hand soap and disinfectants. The groups have been formed under the supervision of the district municipalities all over the country, and a call center has been established for the people to reach the group's services.

Apart from the struggles caused by the pandemic, Turkey has also been celebrating the holy month of Ramadan, both of which reveal how the PKK's brutality knows no limits since the attacks can occur at any time, anywhere regardless of the circumstances.

This is not the first time that the terrorist group has targeted civilians during the pandemic. Five civilians were killed after PKK terrorists attacked a group of forestry workers heading to collect wood in southeastern Diyarbakır province last month.

The attack took place on the road between the districts of Kulp and Hazro near the neighborhood of Güleç when PKK terrorists detonated a roadside bomb, the statement read.

The attacks continue not only in Turkey but also in Syria. At least 11 civilians were wounded in a bomb attack carried out by the YPG/PKK terror group in the northern Syrian city of al-Bab while in a previous attack on May 5 one civilian was killed in an explosion of a bomb in the same province. Prior to that, on April 28, at least 40 civilians, including 11 children, were killed and 47 others wounded in a YPG/PKK terrorist attack conducted using a bomb-laden fuel tanker in Syria’s northwestern town of Afrin.

In a statement, the ministry said the terrorists, identified only by their initials of Z.A. and R.A.H., turned themselves in during the provincial gendarmerie command's ongoing efforts to convince terrorists to lay down arms.

It added that a total of 78 terrorists have so far surrendered to the Turkish forces since the beginning of this year.

There has been a surge in the number of terrorists laying down arms and surrendering to security forces after a series of successful domestic and cross-border anti-terror operations.

Once the terrorists surrender, they are provided with many opportunities, including the right to education and freedom to live without fear of oppression.

Meanwhile, in northern Iraq, Galya Bekir, the so-called PKK regional head in Mahmur, was killed in a Turkish intelligence operation.

In a tweet, Minister Süleyman Soylu said three terrorists were killed in an air-backed operation by the local gendarmerie command in the Bestler Dereler region.

Soylu said that in another anti-terror operation, security forces killed two terrorists, one of whom was in the orange category of the Interior Ministry's wanted list, in the Lice district of southeastern Diyarbakır province.

"The other five terrorists who fled should not think they are lucky. Our heroes are after them," he said.