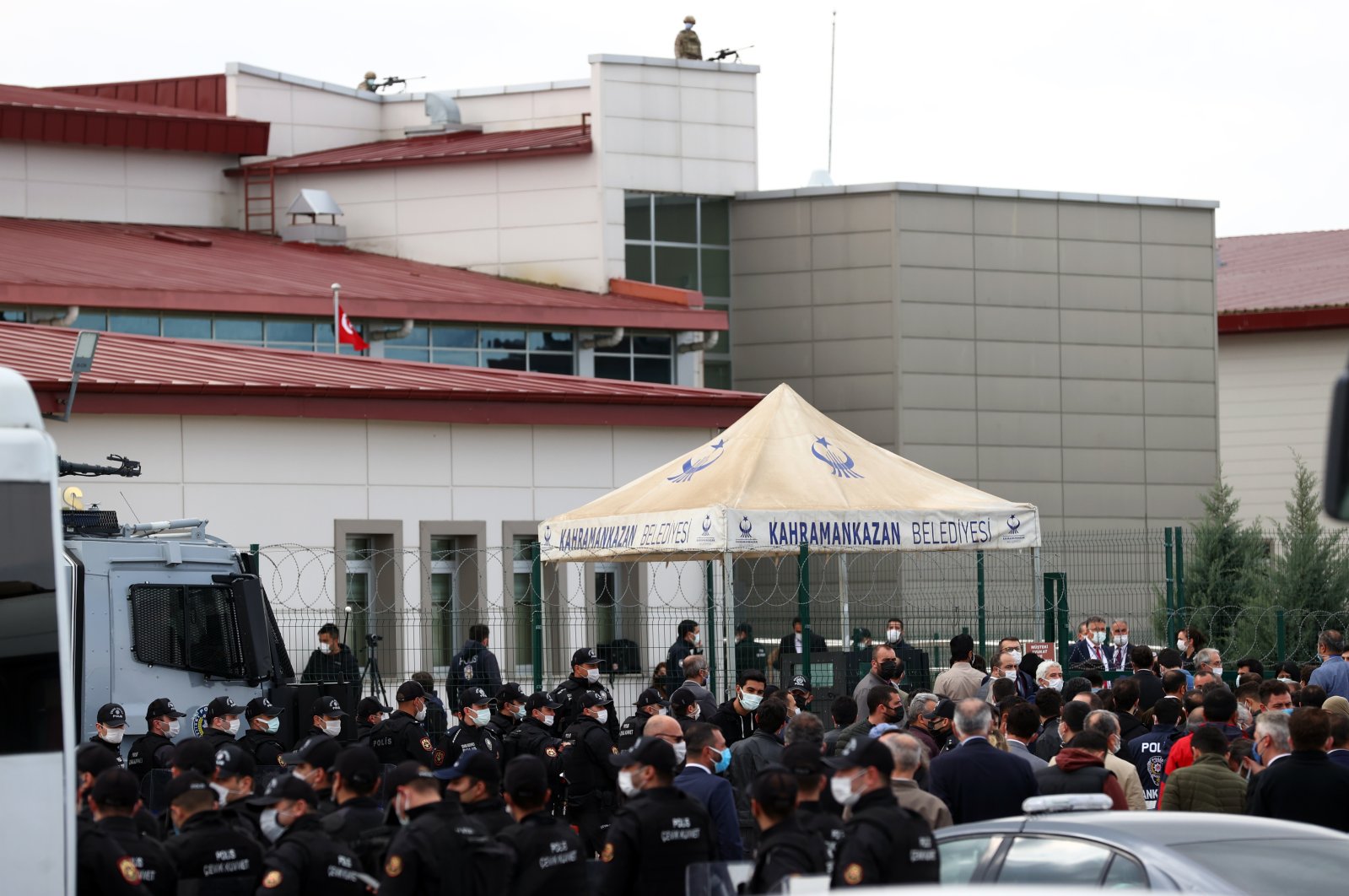 Vast quantities of materials and documents related to the PKK terrorist organization and its Syrian wing, the YPG, were found in the homes of suspects during an ongoing investigation into the events of Oct. 6-8, 2014, in which two police officers and 35 civilians were killed by PKK supporters.

According to information compiled by Anadolu Agency (AA), many documents with evidential value were found on computers, mobile phones and portable disks belonging to the suspects in the case.

Authorities discovered the evidence while examining the digital materials belonging to some of the suspects.

Books written by jailed PKK leader Abdullah Öcalan and other members of the terrorist group were also seized at the homes and workplaces of some of the suspects.

Photographs of PKK members and propaganda documents were found on the computer of Bülent Barmaksız, a defendant who is now under arrest. The defendant also claimed that he was unaware that Öcalan's books, which were found in his house, were banned.

He went onto say that he was a member of the pro-PKK Peoples' Democratic Party’s (HDP) central executive committee during the 2014 Kobani incidents and had no connection with the PKK.

The HDP triggered a response from its supporters following the Daesh terrorist group's attack in the northern Syrian city of Ain al-Arab (Kobani), resulting in mass incidents of violence in 35 provinces, 96 districts and 131 settlements on Oct. 6-8, 2014.

Photographs of Öcalan, former head of the PYD Salih Muslim and one of the ringleaders of the YPG, Ferhat Abdi Şahin, code-named Mazloum Kobani, were found on the mobile phone of Ayhan Bilgen, a defendant and former mayor of eastern Kars province.

Images of the funerals of PKK terrorists were also found on the phone.

In his statement, Bilgen introduced himself as a human rights defender and said that he was in favor of people using their rights to protest and march without resorting to violence.

Moreover, books allegedly written by Öcalan, letters addressed to the terrorist leader and a book banned by court were seized from the house of another defendant Emine Ayna.

A note with Öcalan's signature was found at the residence of former HDP Diyarbakır deputy Altan Tan, who has yet to be arrested.

The note addressed to Tan read: "With respect and love to Altan Tan, the great follower of our historical future."

In his statement, Tan said that the books and publications were sent to him while he was a deputy, adding: "These (FETÖ books) are among those sent. They were sent when they were not prohibited. I did not know that they have been banned. There are nearly 5,000 books in my library in Diyarbakır. I put them in the library on the date they arrived."