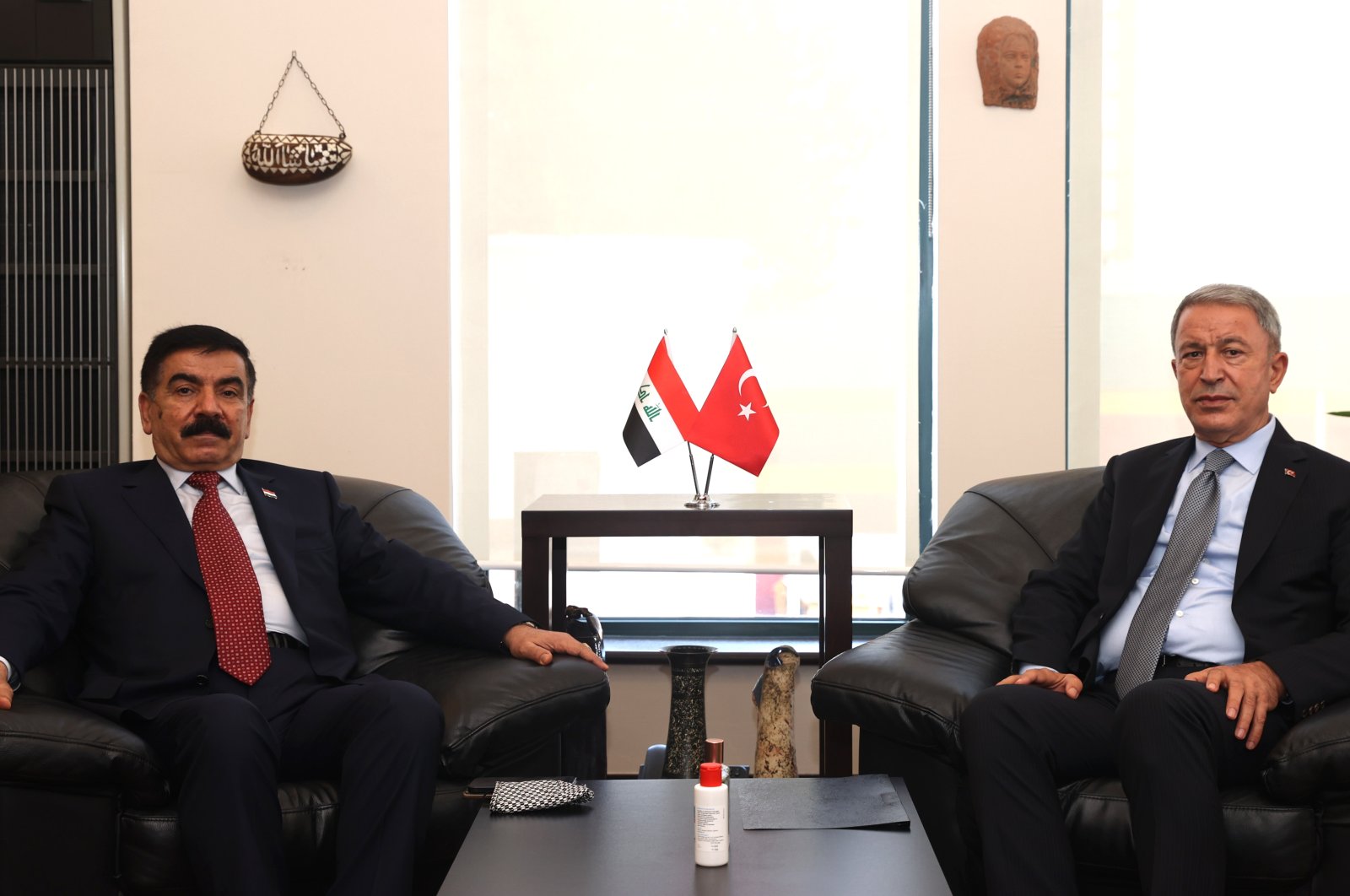 The PKK terrorist organization does not only pose a threat to Turkey but also to Iraq, Defense Minister Hulusi Akar stressed Thursday.

Akar met with his Iraqi counterpart Jumaah Saadoon on the sidelines of the International Defense Industry Fair (IDEF 2021) in Istanbul and discussed bilateral as well as regional defense and security issues.

Touching on the centuries-old relations between the two countries, Akar underlined that Turkey respects the territorial integrity of all its neighbors including Iraq.

He added that the Turkish Armed Forces (TSK) are determined to protect its borders and its people.

Akar also spoke on the importance of cooperation in the fight against terrorism and enhancing the mutual transfer of information and experience as well as training and drills between the TSK and the Iraqi armed forces. He also called for further cooperation in the defense industry.

The TSK regularly conducts cross-border operations in northern Iraq. Turkey has long stressed that it will not tolerate terrorist threats posed against its national security and has called on Iraqi officials to take the necessary steps to eliminate the terrorist group. Ankara previously noted that if the expected steps were not taken, it would not shy away from targeting terrorist threats.