Turkey's only goal in northern Iraq is to eradicate PKK, Akar says 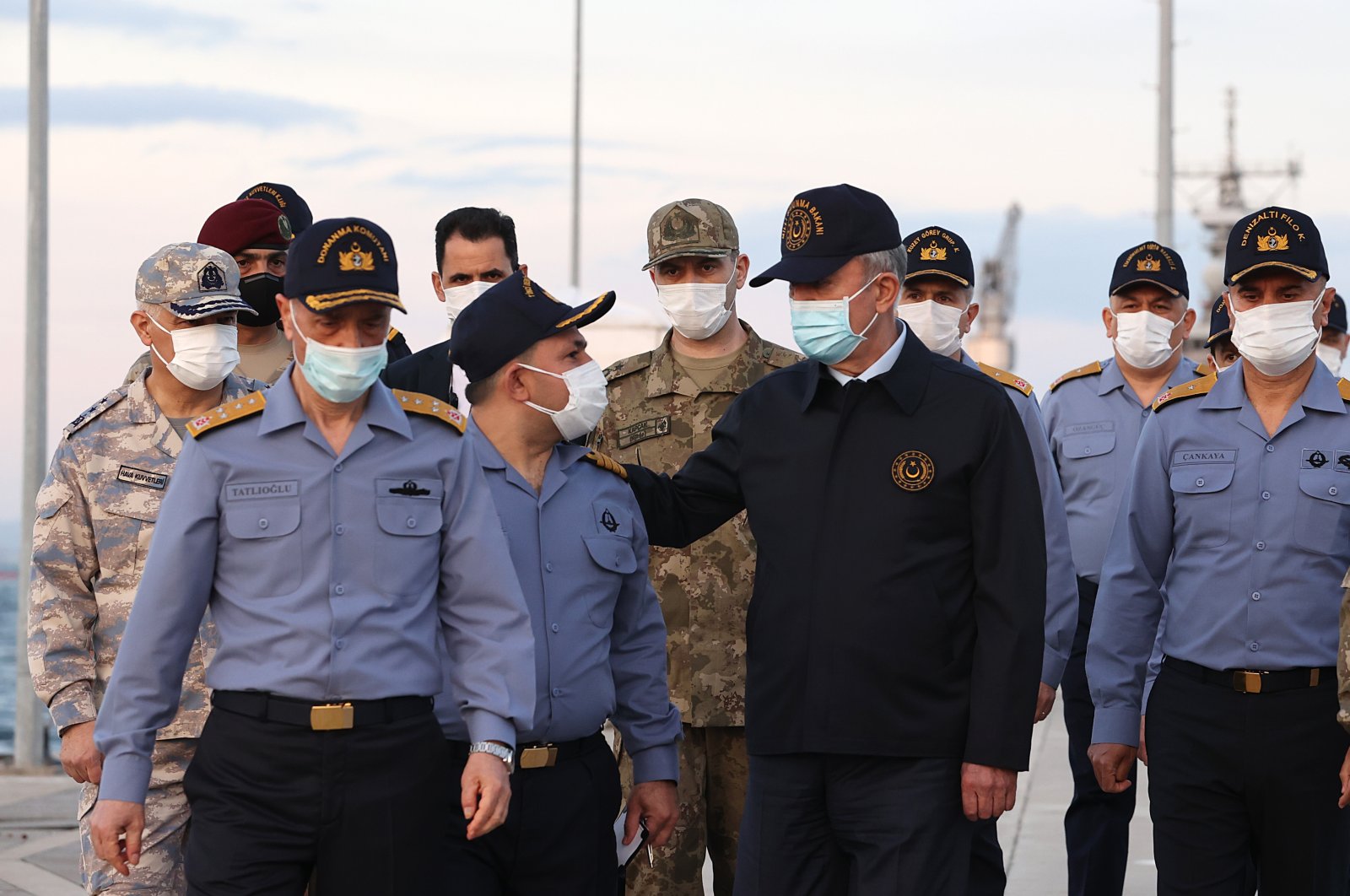 Turkey respects the territorial integrity and sovereignty of all of its neighbors, including Iraq, Defense Minister Hulusi Akar said, in response to Baghdad’s decision to summon the Turkish diplomat over Akar’s visit to a base in northern Iraq.

“Our only goal is to fight terrorism and terrorists. Everybody should know that we are in northern Iraq due to the terrorists who have taken shelter over there due to the region’s geographical conditions,” Akar said on a visit to the Gölcük Navy Fleet Command in northwestern Turkey's Kocaeli on Wednesday.

He continued by saying that Turkey will continue to do whatever is necessary to end the PKK’s four-decade-long terrorist campaign which claimed the lives of 40,000 people in Turkey, underlining that it has no other intentions in northern Iraq or Syria.

Later in the day, Akar held a phone call with his Iraqi counterpart Cuma Anad. They discussed bilateral and regional security and defense issues. Akar reiterated Turkey's respect to the territorial integrity and sovereignty of all of its neighbors.

On Monday, Iraq summoned the Turkish charge d’affaires, giving him a note protesting Akar’s visit to a Turkish base in northern Iraq.

According to the statement, the ministry told the top Turkish Embassy official that Baghdad “categorically rejects the continuing violations of Iraqi sovereignty ... by the Turkish military forces.”

The TSK regularly conducts cross-border operations in northern Iraq. Turkey has long stressed that it will not tolerate terrorist threats posed against its national security and has called on Iraqi officials to take the necessary steps to eliminate the terrorist group. Ankara previously noted that if the expected steps were not taken, it would not shy from targeting terrorist threats.