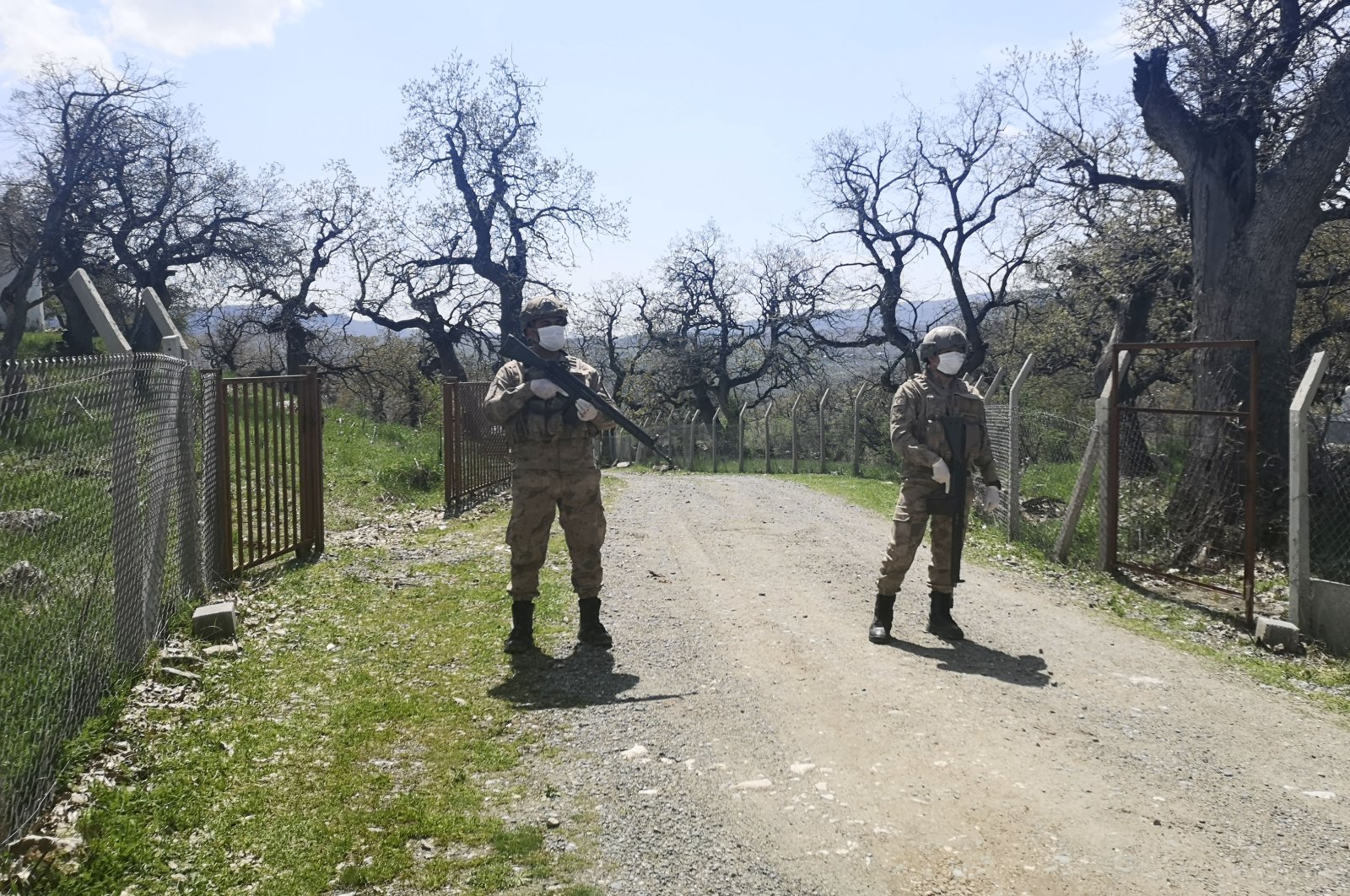 Five civilians were killed after PKK terrorists attacked a group of forestry workers heading to collect wood in the southeastern Diyarbakır province, the governor’s office said in a statement Wednesday.

The attack took place on the road between Kulp and Hazro districts near Güleç neighborhood when PKK terrorists detonated a roadside bomb, the statement read.

Ambulances were dispatched to the area and security forces launched an operation to capture the terrorists.

The gendarmerie units are carrying out the operation using unmanned aerial vehicles (UAVs) and armed UAVs in the area.

All entries and exits to the village have been blocked as part of the operation, Ihlas News Agency (IHA) reported.

Village dweller Abdulaziz Teymur, whose house is located near the area where the explosion took place, told reporters that the victims came to the area on a daily basis to collect wood from the nearby forest.

Defense Minister Hulusi Akar condemned the attack, as he pledged to hold the perpetrators of the attack accountable.

The Parliament speaker also condemned the recent attack by the YPG/PKK terrorists.

"The separatist terror organization PKK has shown its nefarious face once again. The traitors will get the response they deserve," Mustafa Şentop said on Twitter, offering condolences to the families of the victims.

Presidential Communications Director Fahrettin Altun also condemned the attack in a message he posted on Twitter. Altun noted that Turkey’s fight against terrorism continues without any pause and that the perpetrators will be brought to account.

The head of Turkey’s Directorate of Religious Affairs (Diyanet) condemned the attack in a message he posted on Twitter.

“I extend my condolences to the families of our citizens who were killed in a ruthless attack by the PKK terrorist organization as they were heading to collect wood in Diyarbakır’s Kulp district. These treacherous (terrorists) have once again shown their ugly faces in this difficult period, but they will never reach their goals,” Ali Erbaş said.

The chairman of the Great Unity Party (BBP) Mustafa Destici condemned the attack as he extended his condolences to the families of the victims.

Felicity Party (SP) Chairman Temel Karamollaoğlu also extended his condolences to the families of the forestry workers killed in the terrorist attack.

In its more than 30-year terror campaign against Turkey, the PKK – listed as a terrorist organization by Turkey, the U.S. and the EU – has been responsible for the deaths of nearly 40,000 people, including many women, children and infants.