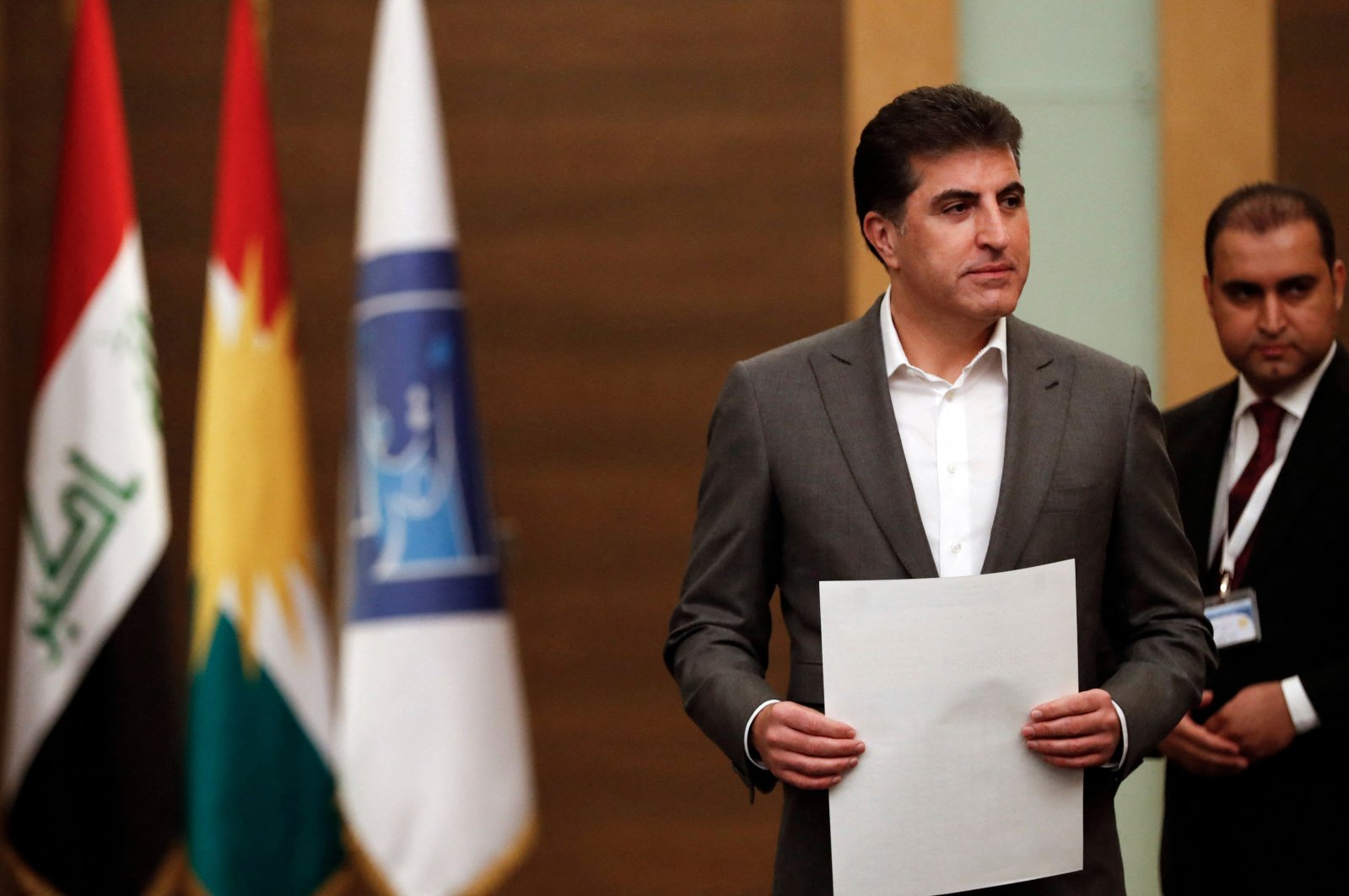 The PKK has been against the government in Irbil since the beginning, the head of the Kurdistan Regional Government (KRG) Nechirvan Barzani said on Tuesday as he drew attention to the trouble the terrorist group causes for the KRG.

Speaking at a panel at the Middle East Research Institute (MERI), a think tank in Iraq, Barzani stated that the Sinjar agreement signed on Oct. 9, 2020 between the KRG and the Iraqi central government could not be implemented due to the PKK.

Within the scope of the Sinjar deal, a series of security arrangements were to be implemented, including booting out armed groups like the PKK, its affiliates and Iran-backed militias. By establishing security and removing armed groups, it is expected that the displaced Yazidi community, on whom the Daesh terrorist group exacted genocidal attacks when it took control of significant swathes of the region, will finally be able to return.

Barzani also touched on Turkish counterterrorism operations in northern Iraq and described the PKK as the source of the problem. “The PKK cannot make any acts in Turkey. Yet, it is carrying this chaos to the lands of Kurdistan. This means that the main reason creating these problems is the PKK.”

The Turkish Armed Forces (TSK) regularly conducts cross-border operations in northern Iraq, a region where PKK terrorists have hideouts and bases from which to carry out attacks on Turkey. Iraq's KRG has previously called the PKK's presence in Sinjar unacceptable and urged the militants to leave the area.

Turkey has carried out a series of offensives since 2019 against terrorist groups in northern Iraq, particularly the PKK. The latest are the Claw-Lightning and Claw-Thunderbolt operations launched this April in the Metina and Avasin-Basyan regions, while operations Claw-Tiger and Claw-Eagle were initiated in June last year.

In its more than 40-year terrorism campaign against Turkey, the PKK, listed as a terrorist organization by Turkey, the United States and the European Union, has been responsible for the deaths of nearly 40,000 people, including women and children.