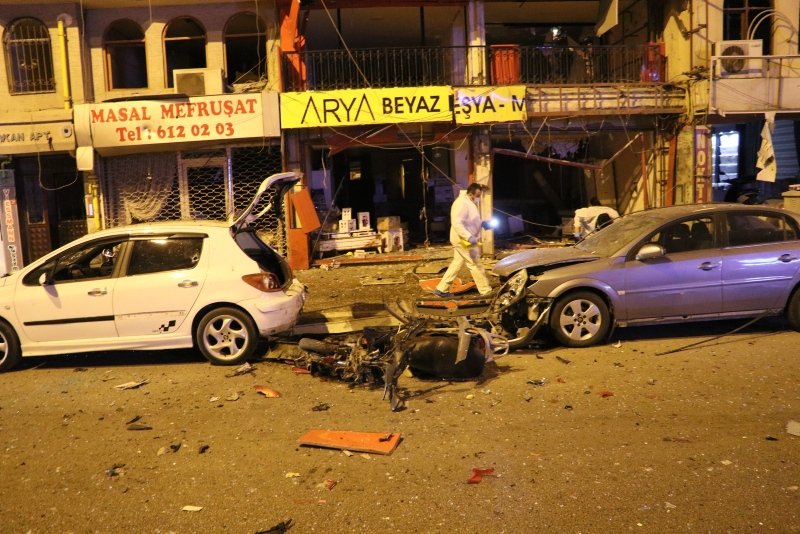 A suicide bomber targeted an avenue in the Iskenderun district of southern Turkey’s Hatay province late Monday, killing himself.

Hatay Governor Rahmi Doğan said in a tweet that no casualties have been reported so far.

Two PKK terrorists were apprehended by the police upon suspicious activity and one of them exploded a bomb, Doğan also added.

Interior Minister Süleyman Soylu released a statement later in the day, saying that both terrorists have been killed by Turkish security forces.

The PKK terrorist group torched forests in Hatay just two weeks ago, and it is well-known that the militants are trying to gain a foothold in the province that sits on the Syrian border, where they have the YPG/PYD as their Syrian wing.

The explosion took place on Fener Avenue and it is now being cut off for traffic.

Ambulances, fire squads and additional police forces have been dispatched to the scene.