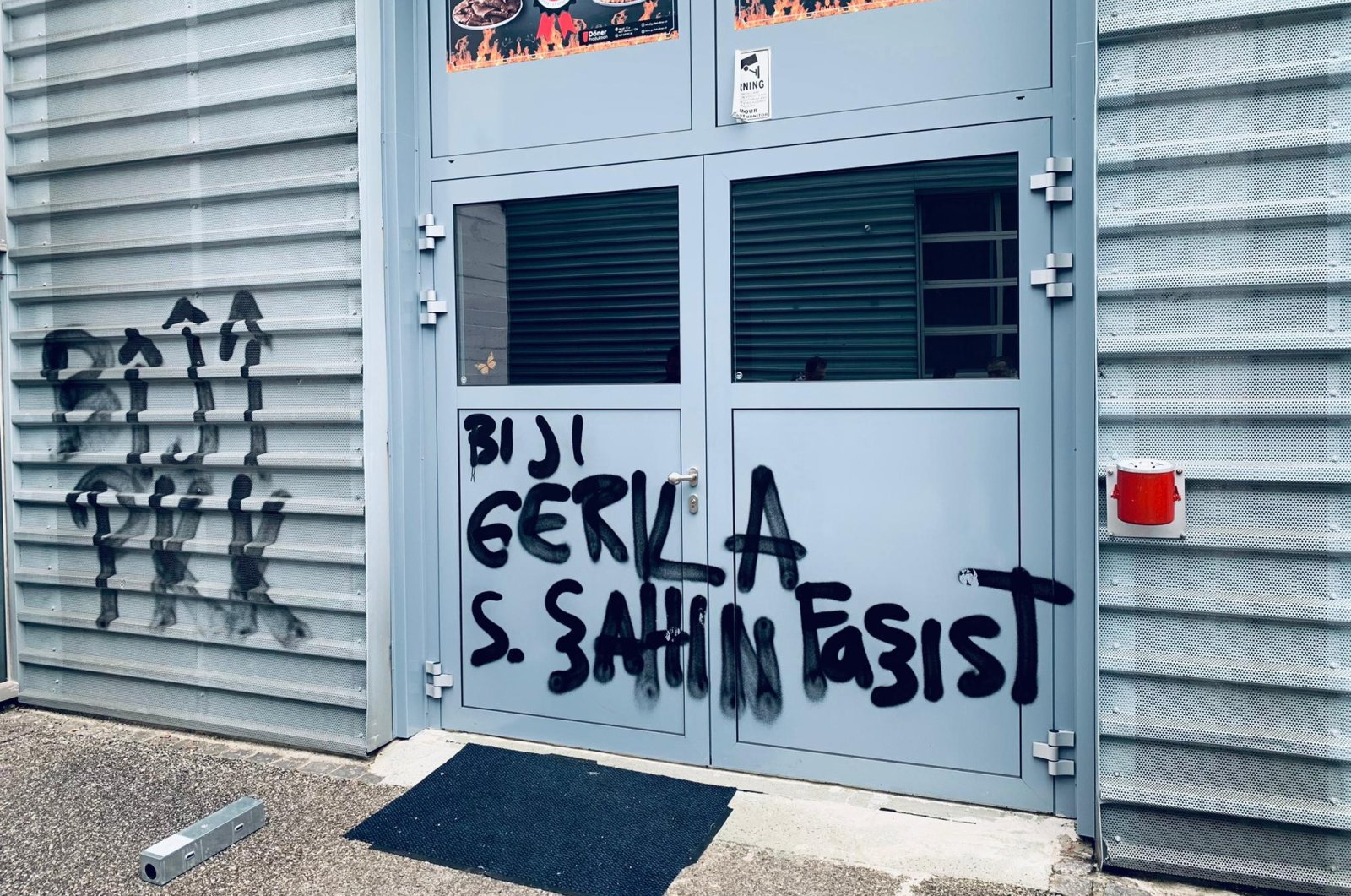 Terrorist PKK propaganda is seen on the walls of the Turkish-owned döner factory in Dulliken, Switzerland, Thursday, May 27, 2021. (AA Photo)
by Anadolu Agency May 27, 2021 2:26 pm
RECOMMENDED

Supporters of the PKK terrorist group used poisonous chemicals to attack a factory in northwestern Switzerland owned by a Swiss-Turkish businessperson, a report said Thursday.

PKK supporters descended on the Gurbet factory, which produces Turkish döner meat products, in the town of Dulliken in Olten. The terrorist supporters "covered the security cameras with paint. They then wrote terrorist propaganda and insults directed at me around the factory," said Suat Şahin, member of the World Turkish Business Council (DTIİK) Regional Committee for Europe told Anadolu Agency (AA).

Şahin said the PKK supporters also broke the windows of parked vehicles and the factory itself, adding: "They then threw poisonous chemical substances inside. We still can't go inside."

He explained that factory officials immediately called the police after they discovered the attack had taken place early Monday.

Police cordoned off the factory and the fire brigade was called to look into the toxic smells in the factory, Şahin said, adding that a 25-person team spent hours examining the site.

Şahin said nine of his employees got sick due to the chemical substances. He also said PKK supporters have attacked him in the past, but no one has been caught.

"We're trying to earn our bread here. We pay taxes. The Swiss government, state, and police are responsible for ensuring our safety," said Şahin.

Other Turkish businesspeople in Switzerland have suffered from similar attacks and this will happen again if officials fail to do something, he stressed.

"The perpetrators are known. Why have they stayed untouched for years? I can't understand that," Şahin said.

The PKK has been classified as an "ethno-nationalist" and "separatist" terrorist group by EU law enforcement agency EUROPOL but has long been active in Switzerland and other European countries, using these territories for recruitment, fundraising and propaganda activities.

In its more than 40-year terror campaign against Turkey, the PKK-listed as a terrorist organization by Turkey, the U.S. and EU, has been responsible for the deaths of 40,000 people, including women, infants and children.