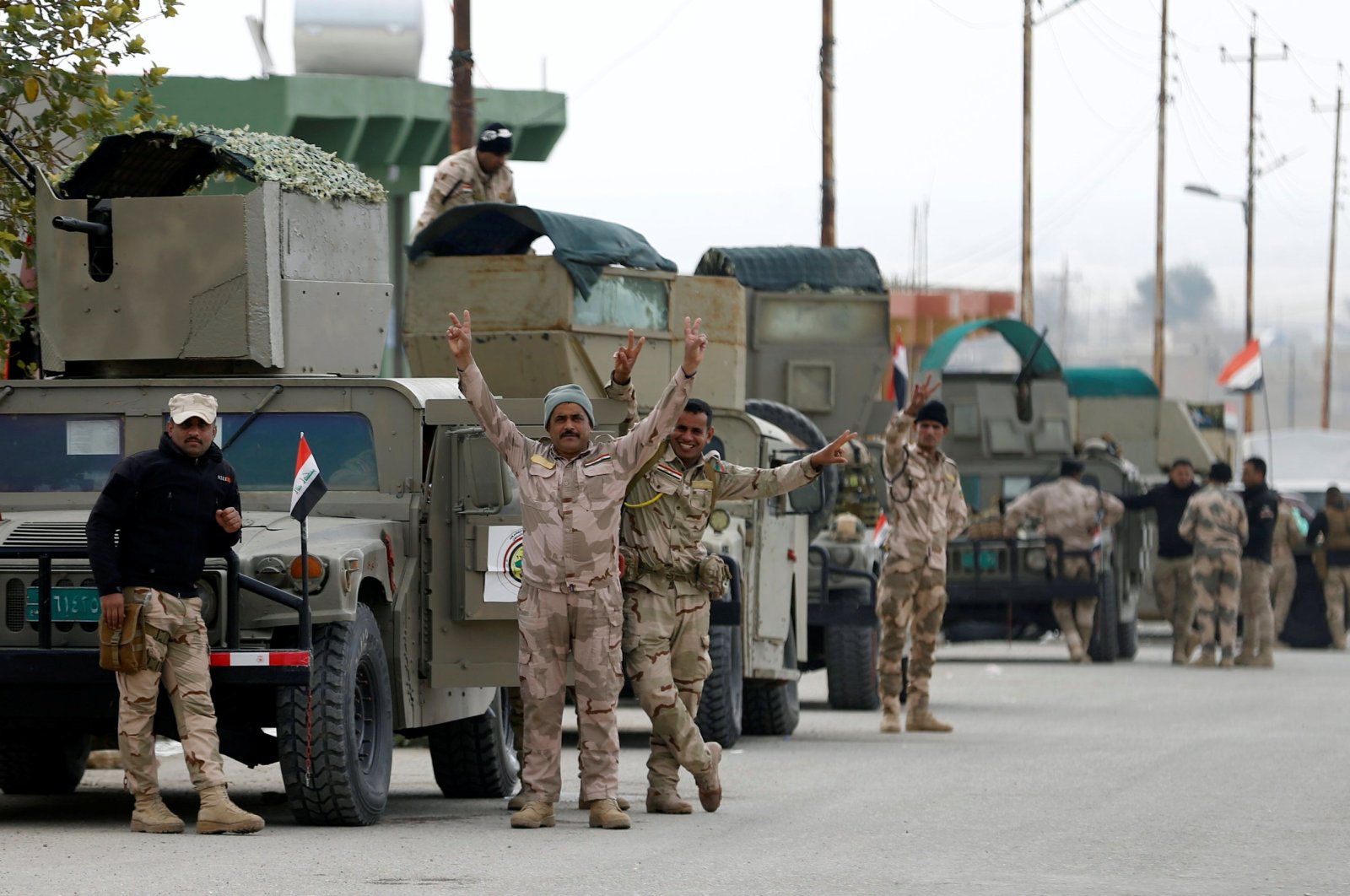 "According to the agreement between the central government and the Iraqi Kurdish Regional Government (KRG), the federal forces are responsible for controlling the land and ensuring security in Sinjar," Tahsin Hafaji, the command's spokesperson, told the National Iraqi News Agency.

He noted that the federal police of the central government are present in the district and that border guards are also located on the outskirts of the district at the Iraqi-Syrian border.

"All armed elements left Sinjar," the Iraqi spokesperson claimed, after negotiatiations with the PKK terrorist group.

"The central government and the Joint Operations Command have made great efforts in consultation with PKK-affiliated groups in preparing the grounds for the implementation of the agreement, pointing out that the Nineveh Operations Command is the one who manages the security file in Sinjar and other areas in the province," Hafaji said.

"There is joint coordination between the Joint Operations Command and the (Kurdish) Peshmerga forces to impose security in those areas," he added.

Turkish security sources have not yet confirmed whether the terrorists have left the region and said the situation is being carefully followed.

Previously, on Tuesday, Turkey’s Consul General in Irbil Hakan Karaçay said that the troubles of the Sinjar region can be attributed to the PKK terrorist group and its affiliates.

“The PKK terror group and its extensions under various names are the sources of the problems in the region,” Anadolu Agency (AA) quoted Karaçay as saying. He added that Turkey is determined to provide various types of humanitarian aid to the displaced Yazidi community, which had suffered from Daesh’s genocidal attacks when the terrorist group took control of significant swathes of the region.

On Tuesday, Iraqi security forces started implementing a deployment plan in the center of Sinjar district to enhance stability and security in the area that will enable displaced people to return home.

The Sinjar deal, inked under the auspices of the United Nations in October between the central government in Baghdad and the KRG on the status of the region, envisages clearing the region of the PKK terrorists.

In the normalization process, security arrangements are expected to be implemented in line with the deal such as booting out armed groups, including the PKK terrorist organization, its affiliates and Iran-backed militias. Through the establishment of security and the removal of armed groups, it is expected that the displaced Yazidi community, which suffered genocidal attacks by Daesh when the group took control of significant swathes of the region, can finally return.

The PKK terrorist group managed to establish a foothold in Sinjar in mid-2014 on the pretext that it was protecting the local Yazidi community from Daesh. Since then, the PKK has reportedly established a new base in the area for its logistical and command-and-control activities. So far, Daesh slaughtered more than 3,000 Yazidis, enslaved 7,000 women and girls and displaced most of its 550,000-strong community from Yazidis' ancestral home in Sinjar.

Turkey has long stressed that it will not tolerate threats posed against its national security and has called on Iraqi officials to take the necessary steps to eliminate the terrorist group. Ankara previously noted that if the expected steps are not taken, it would not shy away from targeting terrorist threats, particularly in Sinjar. Following the announcement of the deal, the Turkish Foreign Ministry said in a statement that it hoped the agreement would enable the reinstatement of Iraqi authorities’ control in Sinjar and lead to the eradication of the Daesh and PKK terrorist groups and their offshoots from the region.