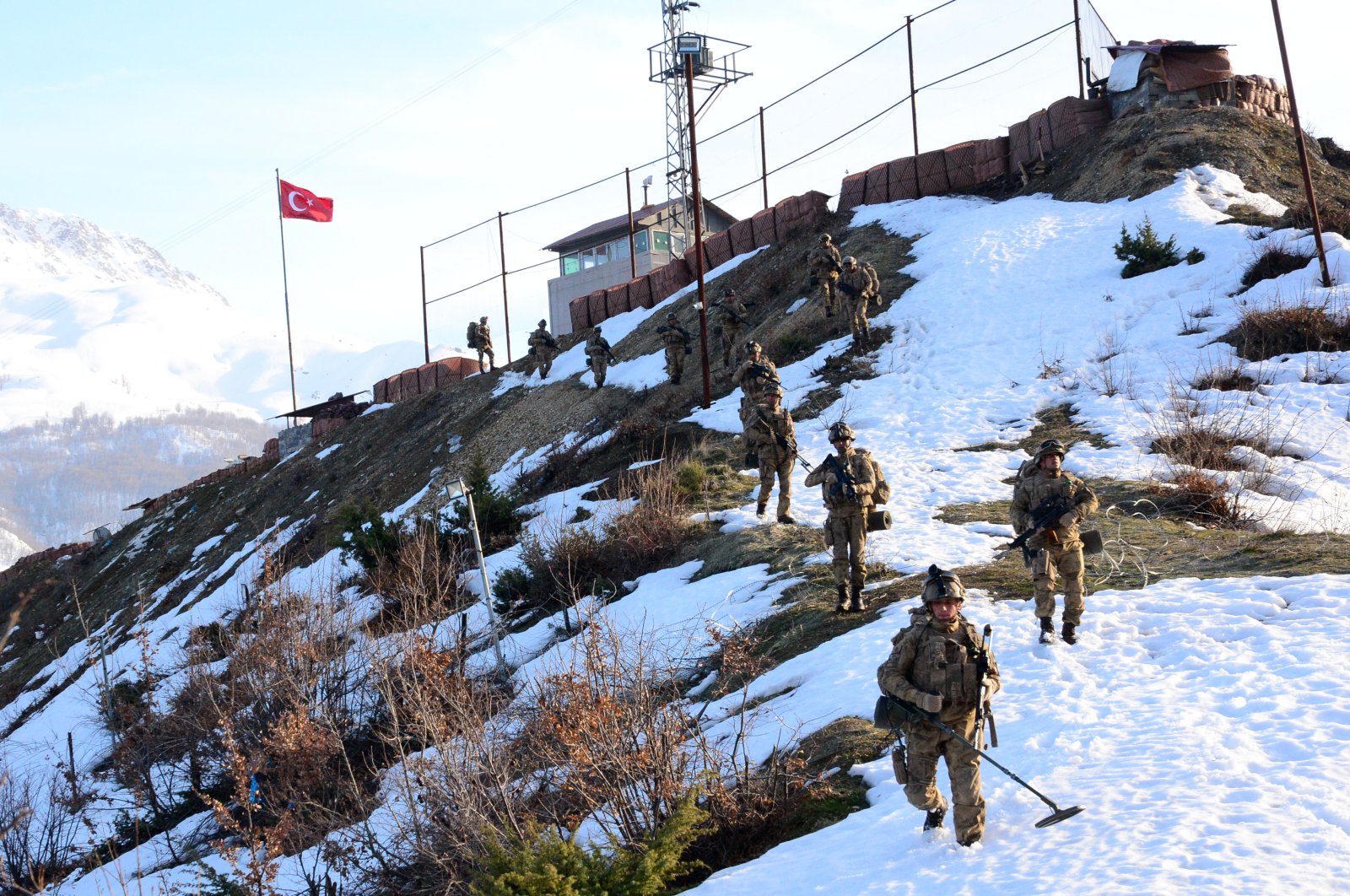 Turkish security forces regularly conduct counterterrorism operations in the eastern and southeastern provinces of Turkey where the PKK has attempted to establish a strong presence and bases. (AA Photo)
by Daily Sabah with AA Mar 20, 2020 11:12 am
RECOMMENDED

The terrorist turned himself in at the Demirtepe border gate in Mardin province, the gendarmerie said in a statement.

As a result of persuasion efforts by Turkish security forces and families of the terrorists, the dissolution of the terrorist organization continues, the statement added.

The Interior Ministry in a Nov. 26 statement said the dissolution of the PKK has accelerated due to Turkey's successful counterterrorism operations and strategies both at home and abroad.

In its more than 35-year terror campaign against Turkey, the PKK – listed as a terrorist organization by Turkey, the U.S. and the European Union – has been responsible for the deaths of nearly 40,000 people, including women, children and infants. The YPG is the PKK's Syrian offshoot.