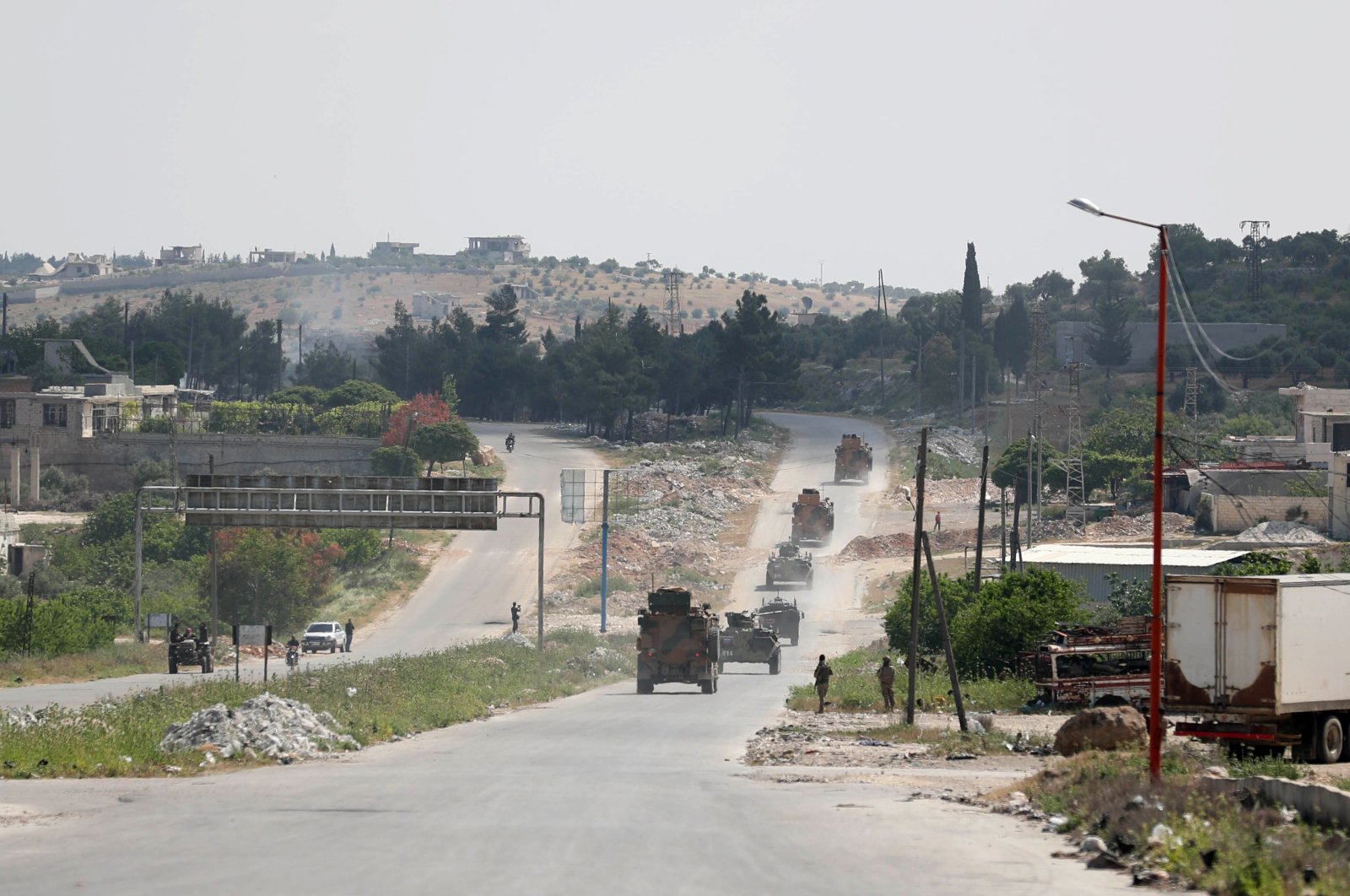 Military vehicles of a joint Turkish-Russian patrol pass through the M4 highway on the outskirts of the rebel-held town of Ariha in Syria's northwestern Idlib province on May 7, 2020. (AFP)
by Anadolu Agency May 08, 2020 4:19 pm
RECOMMENDED

Despite agreements with Russia and the U.S., YPG/PKK terrorists on Friday started digging a tunnel in northeastern Syria bordering Turkey.

Turkey made separate agreements with the U.S. and Russia on Oct. 9, 2019, while Operation Peace Spring was in progress.

The U.S. promised the YPG/PKK would withdraw from the safe zone, 30 kilometers (19 miles) from the Turkish border.

According to the deal with Moscow, Russian military police and Syrian border guards would enter the area outside of Operation Peace Spring to facilitate the removal of YPG/PKK elements.

According to local sources, however, the YPG/PKK has sped up the process of digging a tunnel near the Qamishli region, with large numbers of construction equipment to expand the existing tunnel networks.

Terrorists blocked civilians from the Qamishli-Amuda road for 24 hours on Thursday claiming a road was being built.

Sources noted that the terrorist group is digging a tunnel in the occupied Ayn Isa town, which is on the strategic M4 highway.

Turkish and Russian forces have carried out their ninth joint patrol along a key highway in northwestern Syria, Turkey's National Defense Ministry said Thursday, in accordance with the aforementioned deal.

"Within the framework of TUR-RF Agreement/Protocol, the ninth TUR-RF Combined Land Patrol on M-4 Highway in Idlib was conducted with the participation of land and air elements," the defense ministry said on Twitter.