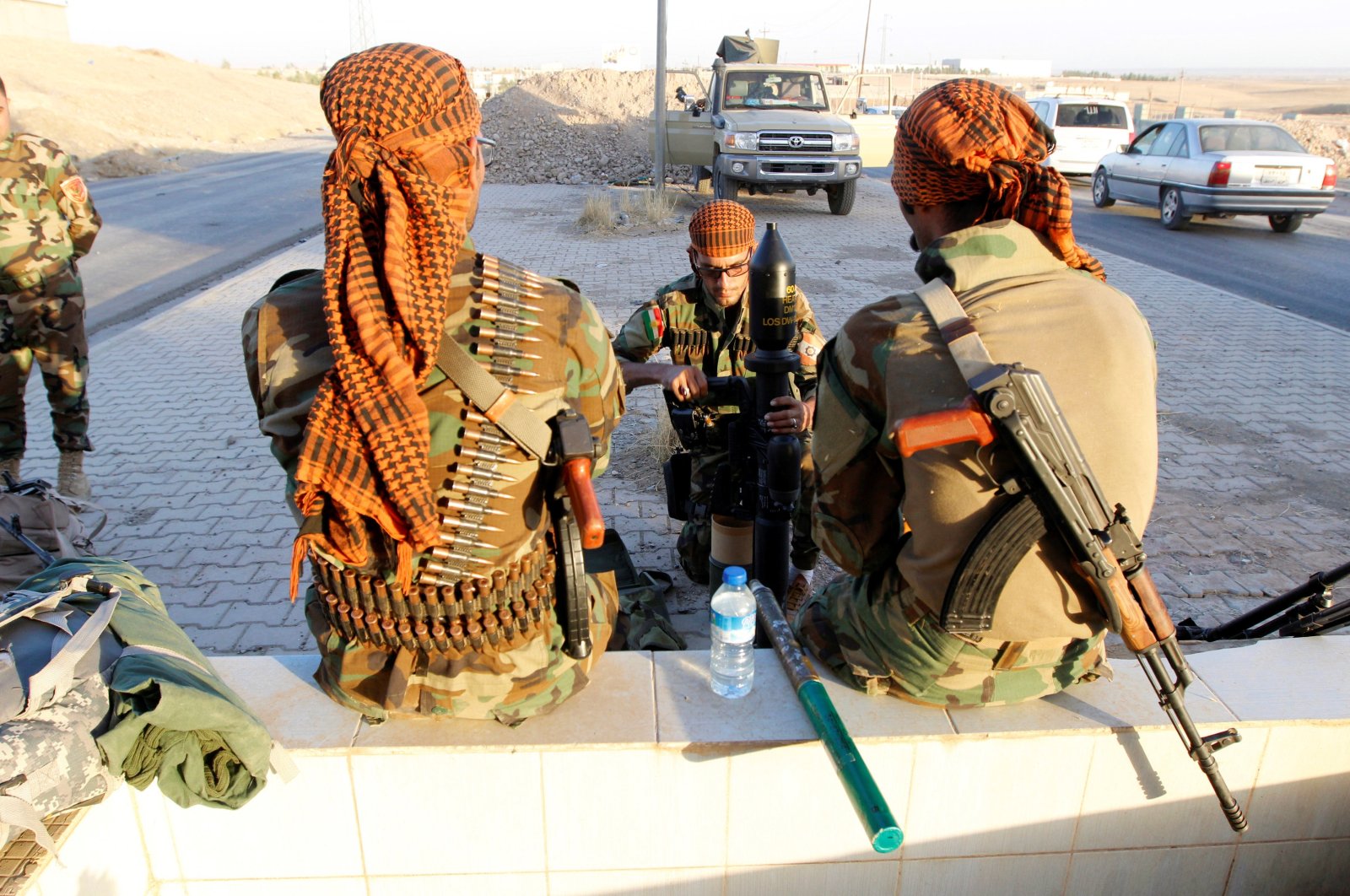 He added that two other Peshmerga soldiers were injured in the attack.

The Peshmerga affairs ministry has called on "everyone to respect the borders of Kurdistan and to refrain from endangering its security and stability."

The fatalities occurred during an ambush set by PKK terrorists in the Amadiya district in the province, Lezgin said in a statement.

KRG Prime Minister Masrour Barzani denounced the PKK terrorist attack against the Peshmerga troops, saying they are "standing together against this aggression."

"I condemn in the strongest terms the PKK's attack on the Peshmerga today. My thoughts are with the families of the five martyred and the injured," Barzani wrote on Twitter.

For its part, the Iraqi army also condemned the "coward terror attack" in a separate statement.

Spokesperson Brig. Gen. Yahya Rasool said an investigation was launched into the attack, adding that those threatening the lives and safety of Iraqis will be punished.

Turkey's Consulate General in Irbil condemned the attack on Twitter and expressed sorrow for the reported losses.

"The PKK terrorist organization is the common enemy of both Turkey, Iraq and the KRG," it said, adding that it stood with KRG authorities in the fight against the terrorist threat.

The PKK attack was also condemned by the British consul-general in Irbil, James Thornton.

"I condemn the PKK attack on the Peshmerga today that left five dead and several injured, and I send my condolences to the families of the victims," the British envoy tweeted.

The PKK terrorist group has once again revealed its true face in its recent attack on Peshmerga soldiers in northern Iraq, sources from the Defense Ministry said on Saturday, calling on allied countries to halt their support to the terrorists.

"This attack showed once again that the PKK is a terrorist organization and it never aims at protecting Kurdish people," said the ministry sources, asking not to be named due to restrictions on speaking to the media.

While some pro-PKK websites reported on unfounded claims holding the Turkish Armed Forces (TSK) responsible for the attack, a statement by KRG officials saying that the bodies of two PKK terrorists had been found at the scene discredited the allegations.

The statement by the ministry sources came in response to the claims, and they noted that the terrorist group targeted Peshmerga soldiers who were on duty to ensure the peace and safety of people living in their villages.