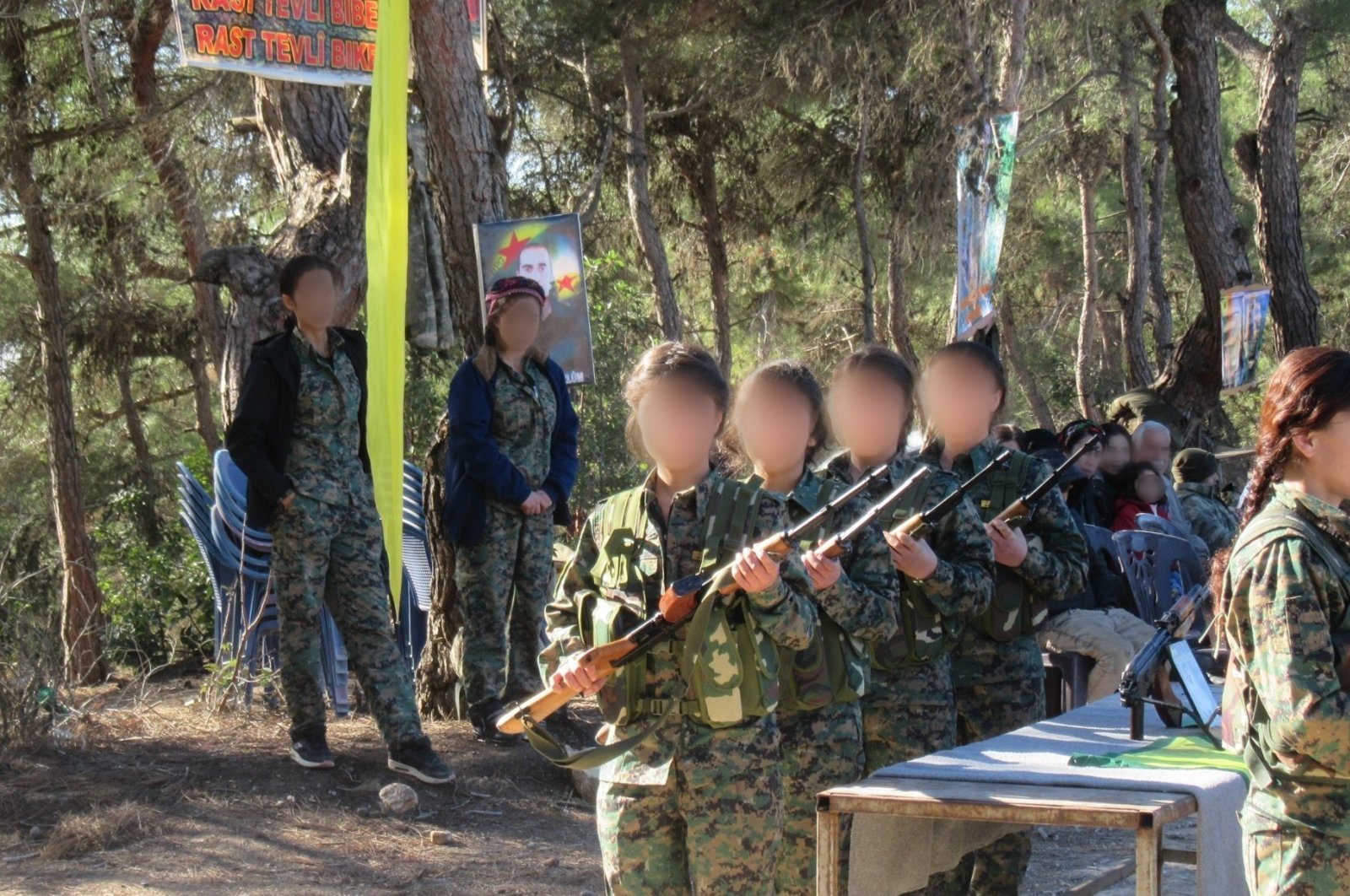 The PKK terrorist group has ramped up its abduction of children as it has been unable to attract adult recruits, a report by the Gendarmerie General Command said Thursday.

According to the report obtained by TRT Haber, prepared by the gendarmerie based on information provided by detained or surrendered PKK terrorists between 2018 to 2020, the terrorist group has been abducting children aged between 10 to 15 years old.

Furthermore, the group has been attempting to infiltrate the social lives of teens aged 15-17 and brainwash them in order to convince them to join the terrorist group in the mountains.

Meanwhile, the report also noted that beatings, harassment and rape are extremely common in the terrorist group and that women who object to these violations are punished by execution or forced suicide. For instance, the terrorist group confines a female terrorist in a cave with her weapons, forcing her either to take her own life then and there or to serve as a suicide bomber.

Each PKK terrorist stays in the group between 5 to 6 years on average, the report said, adding that those who fled the group say that they suffered psychological and physical violence, mistreatment, coercion and harassment.

A United Nations report stated that the PKK terrorist organization’s Syrian wing, the YPG, has also been recruiting children to fight among its ranks. The YPG/PKK has enlisted at least 400 children in the past two years alone. The YPG/PKK also carried out at least 4,700 rights violations toward children, including abduction and rape.

The YPG/PKK’s use of child soldiers has been repeatedly documented and criticized by international human rights organizations, including Amnesty International and Human Rights Watch (HRW).

Since its foundation, the PKK has forcibly taken at least one child from families who do not "pay taxes" in support of the terrorist group. To fill its ranks, the PKK has continuously raided villages and kidnapped young adults from the ages of 15 to 20 through violent means.

In addition to forced conscription, the PKK also conducts propaganda campaigns that mainly target university students. The terrorist group's approach has remained largely consistent, according to statements by captured or surrendered members of the organization.

Kurdish parents whose children were abducted by the YPG/PKK have been staging a sit-in protest in southeastern Turkey’s Diyarbakır in front of the pro-PKK Peoples’ Democratic Party (HDP) office for over a year.