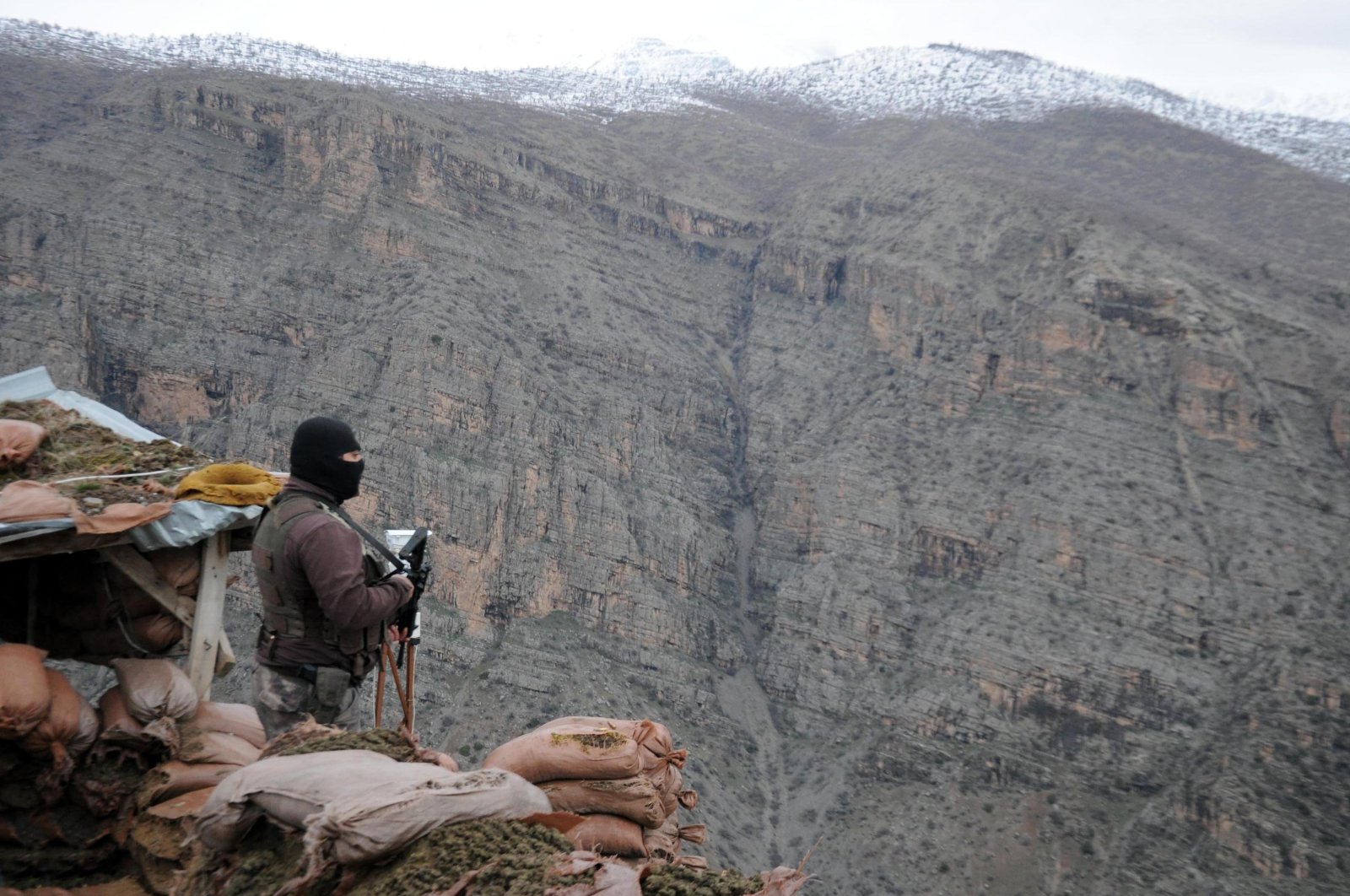 A Turkish soldier stands guard near the Turkey-Iraq border in this undated file photo. (AA File Photo)
by DAILY SABAH Jun 01, 2021 11:17 am

PKK terrorists have been using civilians as human shields in areas targeted by the Turkish military in counterterrorism operations in northern Iraq, a report said Tuesday.

The PKK’s so-called Patriotic Free Youth and Women’s Movement has recently urged civilians in northern Iraq to join them and those that do are brought to the Zap area – where the Turkish military is targeting the terrorists – to act as human shields, Yeni Şafak daily reported.

Meanwhile, the Kurdistan Regional Government (KRG) prevented civilians provoked by the PKK from chanting pro-PKK slogans against Turkey. In return, they threatened to stage a sit-in protest in the area.