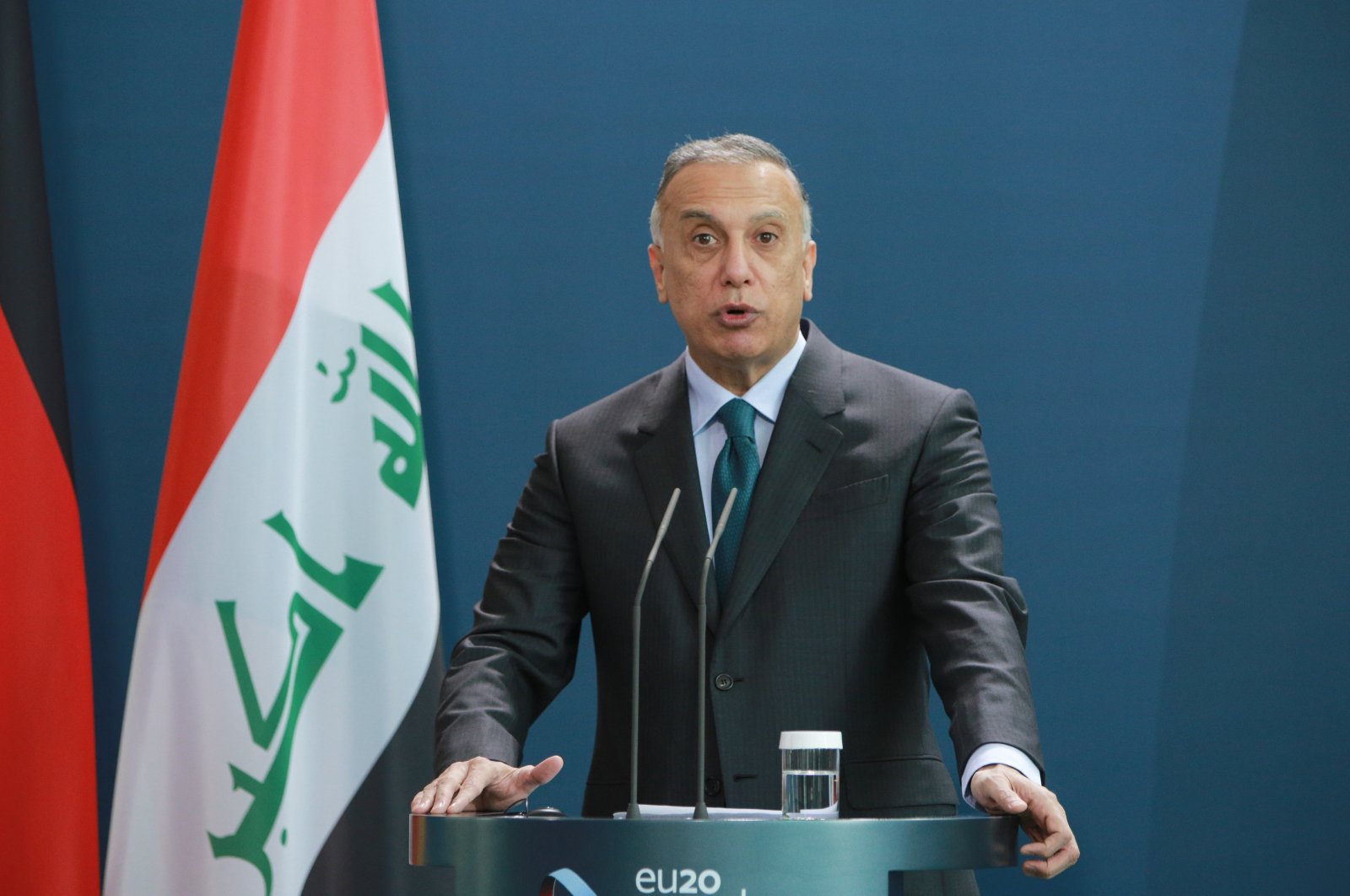 Iraqi Prime Minister Mustafa al-Kadhimi speaks to the media during a press conference with German Chancellor Angela Merkel at the Chancellery in Berlin, Germany, Oct. 20, 2020. (Getty Images)
by DAILY SABAH May 10, 2021 12:33 pm
RECOMMENDED

Kadhimi stated that the terrorist organization is disrupting and endangering the lives of locals, especially in the border areas where there is ongoing conflict between Turkey and the PKK.

“The actions of the PKK endanger the population of the Kurdistan region.”

Previously, security sources told Daily Sabah that the terrorist group threatens the lives of civilians mainly through improvised explosive devices (IEDs) and mines planted by the PKK and its offshoots in northern Iraq.

“We have good relations with Turkey,” Kadhimi stated, according to a written statement from the prime minister's office. “We are working to extend the influence of the Iraqi forces over some areas that were under the control of some armed groups. We are working with Turkey and have similar points of view.”

The two exchanged views on bilateral and regional defense and security issues, according to a statement by the Defense Ministry.

“We respect the territorial integrity, borders and sovereignty of all our neighbors, especially Iraq, and no one should doubt this,” Akar said.

Akar noted that Turkey's struggle is against terrorism and terrorists, saying it aims to eradicate terrorists who have nested in northern Iraq, killed 40,000 people and committed crimes against humanity.

The call came after Iraq's Foreign Ministry summoned the top Turkish diplomatic representative in the country's capital, Baghdad, to express their concern over Akar's visit to troops at a military base in northern Iraq.

The TSK regularly conducts cross-border operations in northern Iraq. Turkey has long been stressing that it will not tolerate terrorist threats posed against its national security and has called on Iraqi officials to take the necessary steps to eliminate the terrorist group. Ankara previously noted that if the expected steps were not taken, it would not shy from targeting terrorist threats.

Within this scope, the TSK and the National Intelligence Organization (MIT) in a coordinated effort killed eight PKK terrorists in northern Iraq’s Gara, according to the Defense Ministry’s statement on Sunday.