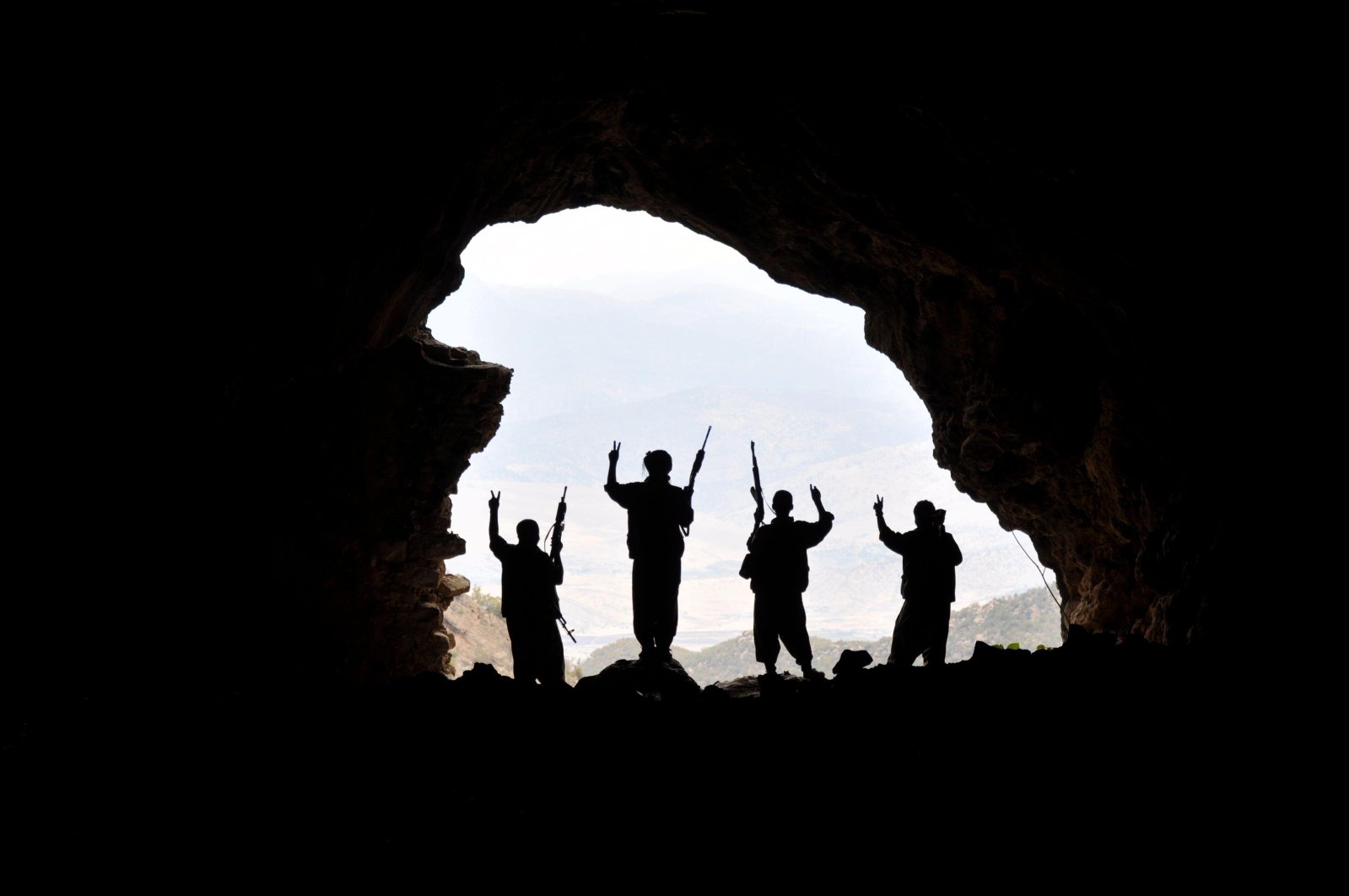 PKK terrorists pose in the mouth of a cave at an undisclosed location in this undated photo. (Alamy Photo via Reuters)
by Anadolu Agency Jul 02, 2022 7:20 pm
RECOMMENDED

Supporters of the PKK terrorist group and its Syrian branch YPG demonstrated in Sweden's capital Stockholm on Saturday to protest the recent counterterrorism memorandum between Turkey, Sweden and Finland.

Participants carried banners and symbols of the terrorist group, as well as posters of its convicted head terrorist Abdullah Öcalan.

The supporters of the terrorist group called on the government to nullify the memorandum signed at the NATO summit in Madrid earlier this week.

Meanwhile, another group of terrorist supporters also gathered at Mollevangstorget Square in the southern city of Malmo.

Sweden and Finland formally applied to join the alliance in May, a decision spurred by Russia's war on Ukraine.

But Turkey, a longstanding member of the alliance, voiced objections to the membership bids, criticizing the countries for tolerating and even supporting terrorist groups.

Ahead of NATO's Madrid summit, Turkey, Finland and Sweden on Tuesday signed an agreement following four-way talks in the Spanish capital.

The agreement allows the two Nordic countries to become NATO members, but conditions them to take steps on Turkey's terrorism concerns, and lift an arms embargo on Ankara.

In its more than 35-year terror campaign against Turkey, the PKK – listed as a terrorist organization by Turkey, the United States and the European Union – has been responsible for the deaths of more than 40,000 people, including women, children and infants.