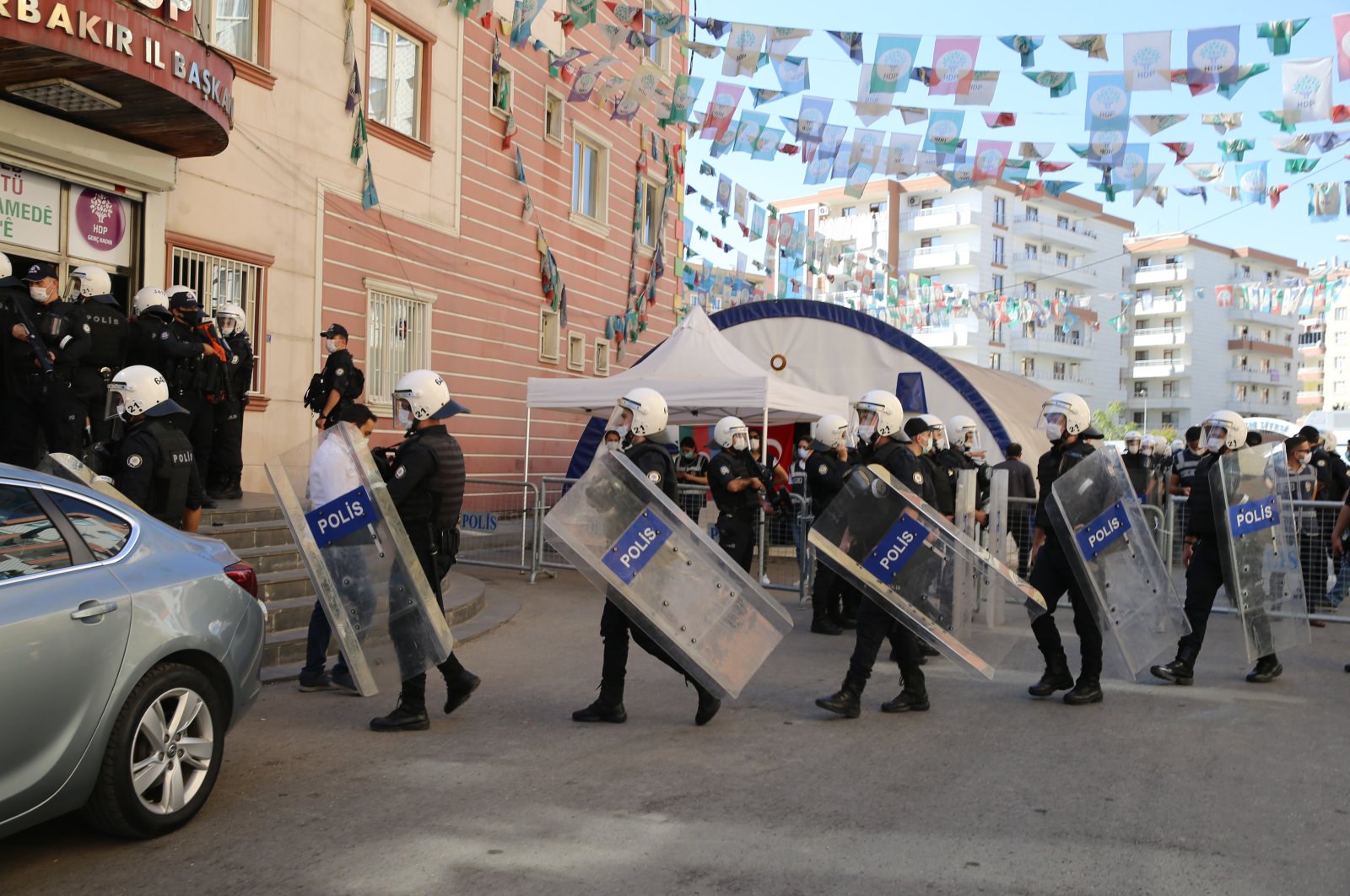 Counterterrorism squads also confiscated the mobile phones of the co-chairs, Demirören News Agency (DHA) reported Thursday, while confiscated material from the offices included documents and propaganda of the PKK terrorist group, as well as posters of PKK ringleader Abdullah Öcalan.

The raids follow a series of detentions and raids on the party and its officials, who are accused of having links to the PKK.

On Wednesday, an investigation revealed that HDP officials secretly transferred aid money to the terrorists and provided assistance in handling the funerals of the killed PKK terrorists.

The party's headquarters in Diyarbakır, which was raided by police Thursday, has been the main spot for a group of Kurdish families who have been protesting their children's recruitment by the PKK. The families accuse the party of facilitating recruitment and kidnapping youth for the terrorist group.

As a result, Turkey removed the elected administrations of 93 municipalities in the region for their links to the PKK terrorist group and appointed trustees to these municipalities in 2016 in the aftermath of the coup attempt launched by the Gülenist Terror Group (FETÖ).