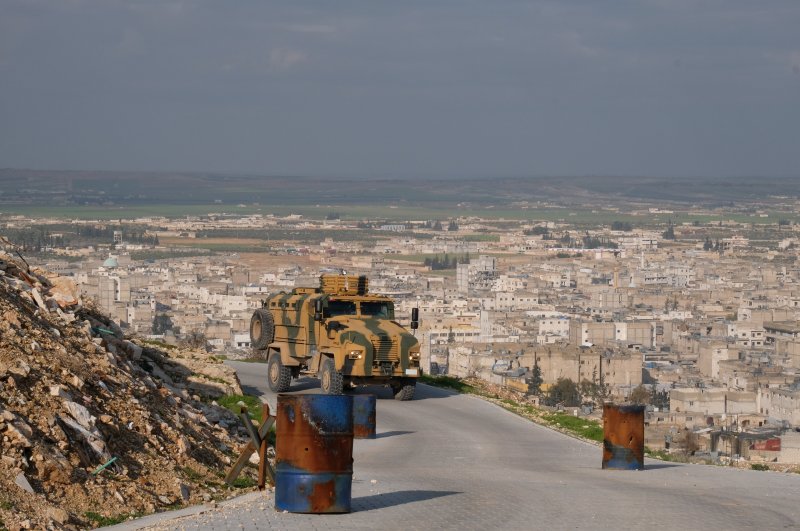 Terrorists planned to send 3.5 tons of explosive substances to the city of al-Bab in northwestern Syria to attack Turkish troops but were blocked by the police.

The plan started in Istanbul's Başakşehir district where terrorists stored nitric acid to form explosive mixtures in a warehouse in Ikitelli. Terrorists loaded the truck with 19,600 kilograms (43,210 pounds) of nitric acid in cans and camouflaged it with bleach placed on the top of the cans.

The aim of the terrorists was to bring raw material to al-Bab, which has been controlled by Turkey and its Syrian opposition allies since 2017. The truck successfully passed Kocaeli but was stopped at the Çobanbey Border Gate which is located in Kilis.

The truck driver and the owners of the transportation company were arrested by police.

According to officials, the explosive substance was provided by two Syrians who work in a chemical company in Gaziantep.

As a result of the intelligence work, police busted another warehouse in al-Bab, where the terrorists planned to mix up the explosive cocktail. When police raided the warehouse they found a large amount of ammonium nitrate and liquid chemicals to be used in making explosives. The Syrian owner of the warehouse was also detained.