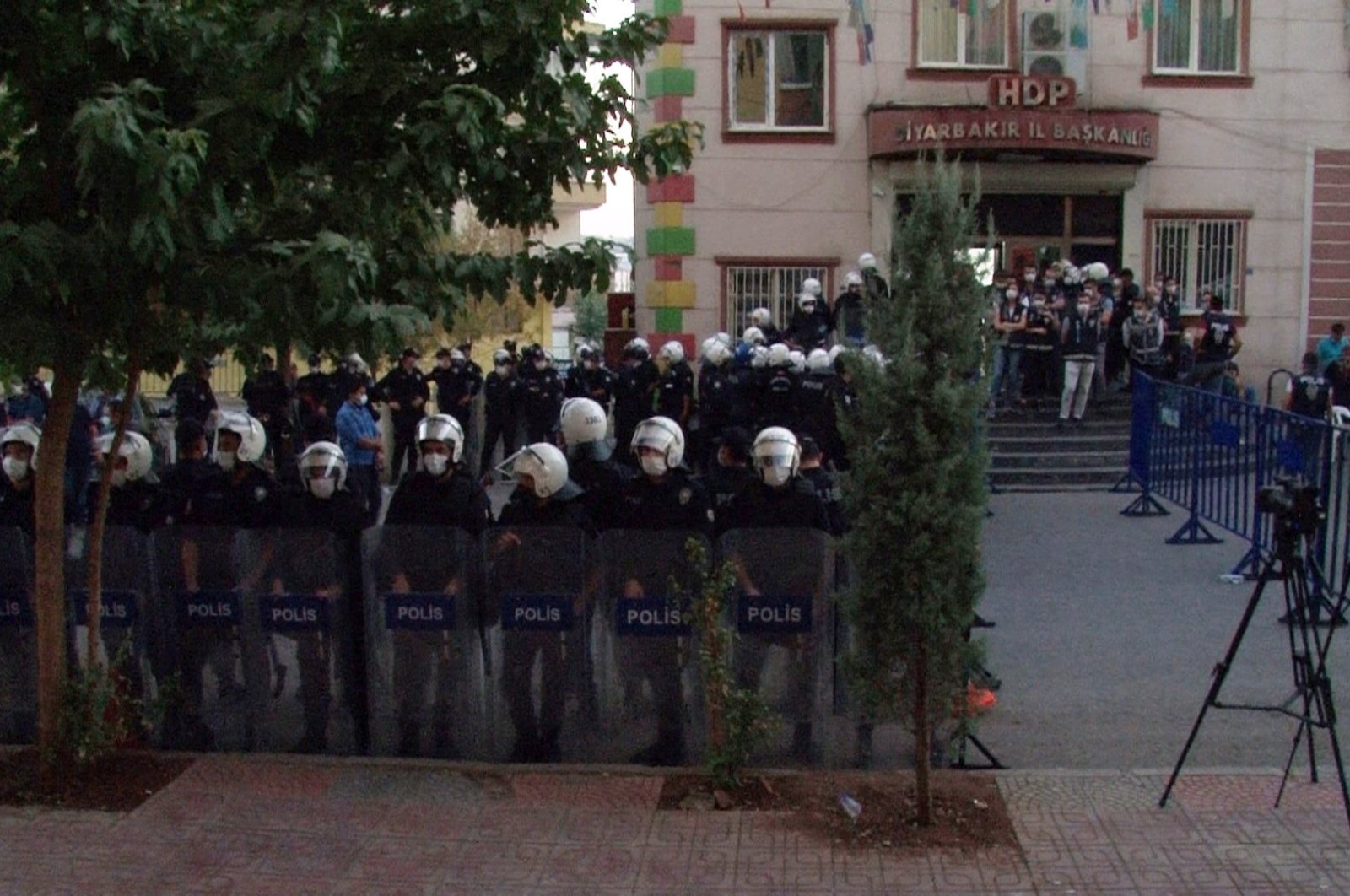 Police stand in front of the HDP headquarters in Diyarbakır province following the row between lawmaker and families staging a sit-in on Oct. 19, 2020 (IHA Photo)
by daily sabah Oct 20, 2020 9:43 am
RECOMMENDED

Tosun insulted the families as she exited the party headquarters in Diyarbakır.

"You traitor dogs! Are you not fed enough?" Tosun yelled at the families, as she called them scum. Families reacted against her insults and police intervened to prevent further tension between the two sides, media reports said.

Families then started shouting "down with HDP" and "down with PKK" in protest of Tosun’s insults.

Meanwhile, father Celil Begdaş, who has been protesting his son Yusuf’s abduction by the PKK, has filed a criminal complaint against the lawmaker over her insults.

“As the lawmaker I voted for exit through the door, I asked her ‘Mrs. Deputy, I cannot hear from my son. I cannot stand it anymore. For the sake of God, enough,’ and she responded by kicking me and insulting me,” Begdaş said.

The sorrowful father said he did not vote for the HDP to insult them.

“I only want my son,” Begdaş said, adding that he was entitled to demand his son’s return and would demand it from all lawmakers he sees.

He also noted that he was extremely disturbed by Tosun’s insults but did not act rudely against her.

Several families have been holding a demonstration in front of the HDP's main headquarters in Diyarbakır for over 410 days, as they claim the party has been supporting the PKK terrorists in recruiting and kidnapping youth.

The sit-in protests by the Kurdish parents and families are seen as a reaction against the outlawed PKK, a terrorist group that has abducted and recruited their children, as well as the HDP, a political party that many of these families view as being in league with the PKK. Currently, 152 families are waiting for their children to return.