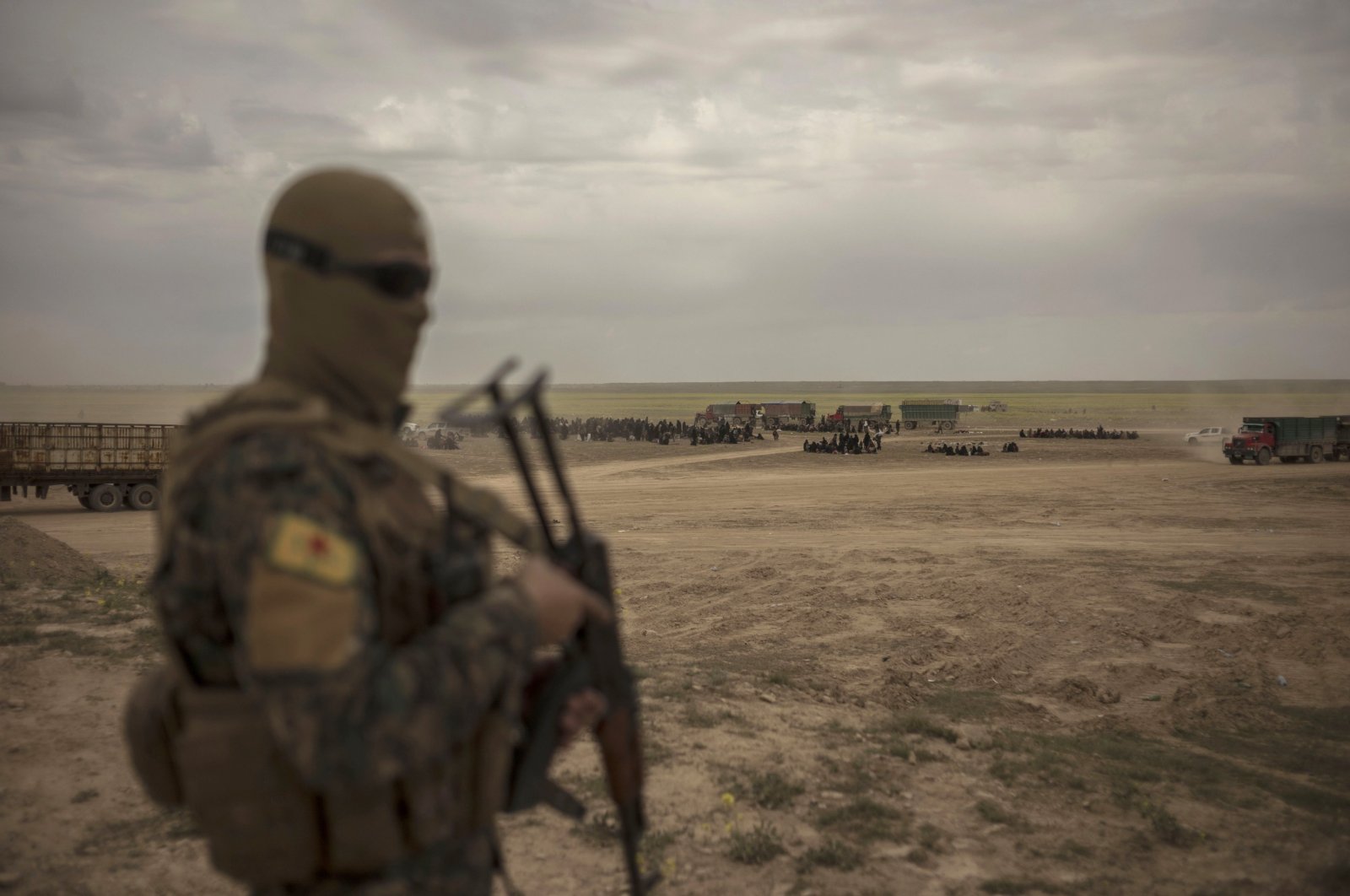 The terrorist group PKK's leadership in Qandil restricted the authority of the notorious ringleader of its Syrian wing YPG, Ferhat Abdi Şahin, over a leadership dispute, Habertürk daily reported. Şahin, also known as Mazloum Kobani and Şahin Cilo, is currently on Turkey's most-wanted list for orchestrating terrorist attacks in Turkey.

The report said that PKK leaders took the decision a year ago, as they were concerned about Şahin's "fame" and purported international relations network. It added that the decision came as a shock for the YPG and Şahin and held a meeting with United States officers to discuss the issue.

Mahmut Reş, who is known for his close relations with senior PKK terrorist leader Cemil Bayık, replaced Şahin for YPG terrorist-dominated SDF forces in Syria, the report noted. In September, Şahin said U.S. President Joe Biden had promised not to abandon the YPG/PKK in Syria like he did in Afghanistan. He told The Times that the head of U.S. Central Command (CENTCOM) Gen. Kenneth Frank McKenzie was sent by the White House to personally reassure him. Şahin had also noted that the U.S. officials highlighted that their Syria policy was completely different from their policies in Afghanistan and that they would never abandon them.

The terrorist ringleader had added that they were scared after the U.S. withdrawal from Afghanistan and that he had held a meeting with the Principal Deputy Assistant Secretary of State for Near Eastern Affairs Joey Hood. He said the U.S. immediately sent representatives to reassure them that they would not face a similar situation like in Afghanistan.

The U.S. primarily partnered with the YPG in northeastern Syria to fight Daesh. Turkey strongly opposes the YPG's presence in northern Syria and the formation of a terror corridor, which has been a major sticking point in strained Turkey-U.S. relations. Ankara has long objected to the U.S.' support of the YPG, a group that poses a threat to Turkey and terrorizes local people, destroying homes and forcing people to flee.

Consequently, from 2016, Turkey launched a trio of successful counterterrorism operations across its border in northern Syria: Euphrates Shield in 2016, Olive Branch in 2018 and Peace Spring in 2019. These operations all aimed to prevent the formation of a terror corridor and to enable the peaceful resettlement of residents. Ankara considers the YPG/PKK a grave national security threat. Nonetheless, the group was largely deployed by the U.S.-led anti-Daesh coalition under the pretext of fighting the terrorist group on the ground.