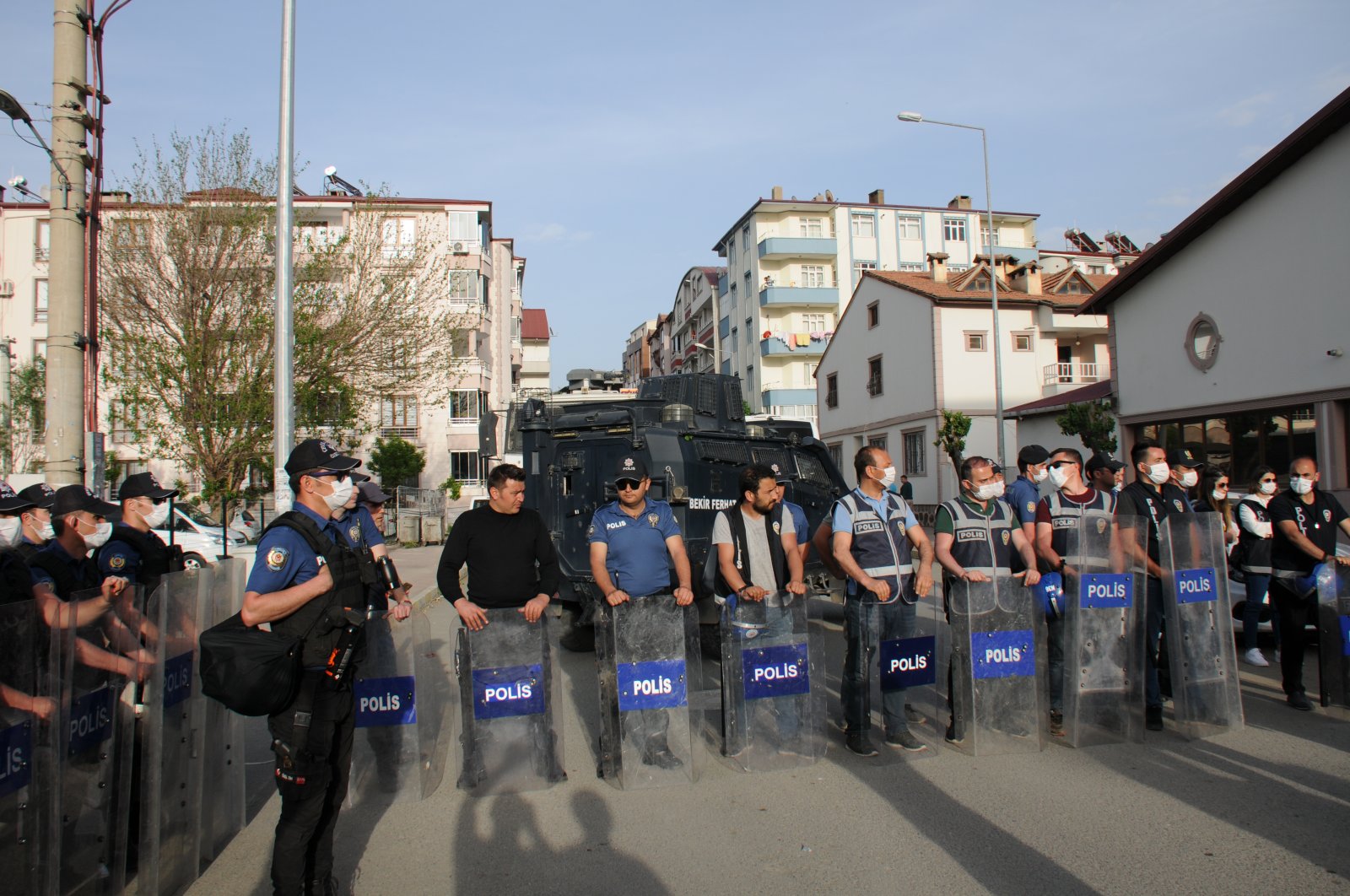 Police wait outside the courthouse during the arrested mayor's hearing in eastern Iğdır province, Turkey, May 18, 2020. (AA Photo)
by DAILY SABAH WITH AA May 19, 2020 11:48 am
RECOMMENDED

A mayor in eastern Turkey was remanded into custody on Monday on terrorism charges, according to judicial sources.

Yaşar Akkuş, the mayor of Iğdır from the pro-PKK Peoples' Democratic Party (HDP), was arrested on Friday as part of a terror probe and was suspended from his position.

A local court remanded Akkuş over the charges of belonging to the PKK terror group, said sources on condition of anonymity due to restrictions on speaking to the media.

On Friday, several local officials from the HDP, a political party accused by the government of links to the PKK, were detained as part of a terror probe in eastern and southeastern Turkey.

A large number of local HDP mayors have been suspended from office, facing terrorism charges.

For almost a year, dozens of families have been staging a sit-in protest outside the HDP office in the southeastern Diyarbakır province, accusing party officials of helping the PKK terror group forcibly recruit their children.

In last year’s local elections, HDP won seats on 65 municipalities across Turkey, three of which were metropolitan municipalities. Since then, with the addition of these latest arrests, 45 have been replaced with trustees due to suspected terror links.

Within the first five months following the elections, the mayors of the three metropolitan municipalities, in Diyarbakır, Mardin and Van, were dismissed due to terrorism links. They were followed by many other mayors who have been replaced with trustees due to similar reasons.

Over the course of its more than 40-year terror campaign against Turkey, the PKK – listed as a terrorist organization by Turkey, the U.S. and the European Union – has been responsible for the deaths of some 40,000 people, including women, children and infants.