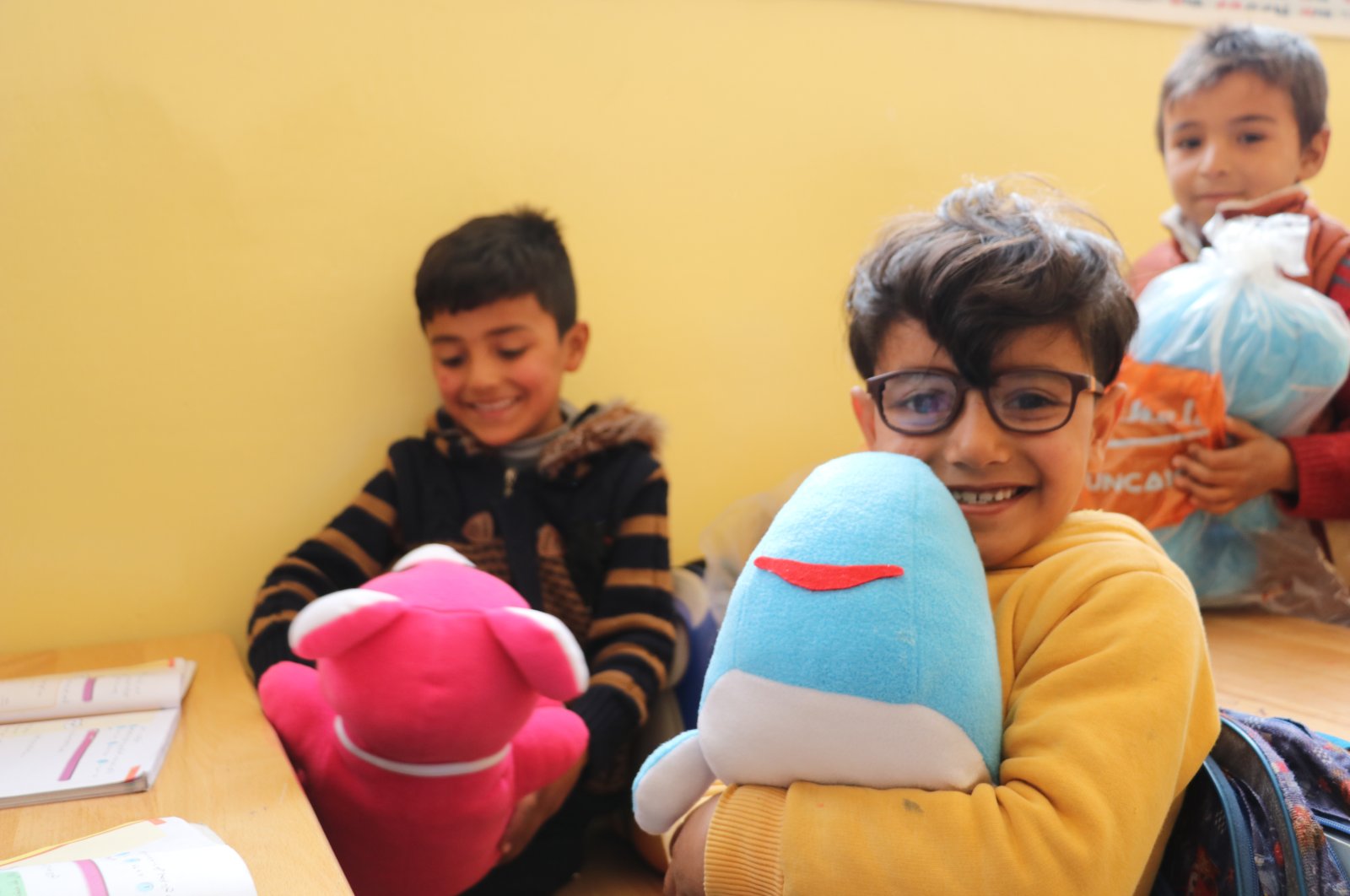 As Turkey continues its efforts to normalize life in areas previously occupied by the YPG, another school for Syrian children to attend has been restored and reopened in the opposition-held north

Another school has reopened thanks to Turkey’s efforts following the completion of restoration work in northern Syria's Tal Abyad, which was cleared of terrorism through a Turkish operation.

Located near Turkey's border, the primary school in the village of Hamam Turkmen opened its doors once again through the coordination of the Provincial Education Directorate in Turkey's southeastern province of Şanlıurfa and the contributions of Pakistan's Unique Children's Charity (UC3) and Turkey's Gaziantep-based Ansar Charity Association (EIYD).

Imam said that the number of schools that have been repaired or maintained in Tal Abyad has risen to 34, adding that 750 primary school students will be educated at the village school.

Before the restoration, several students had to share a single chair, making education difficult, said Muhammed Khalaf, the school principal.

These problems have been resolved with the restoration and repairs, he said, and now teachers have started to teach in an ideal environment.

Sham Ali Jumaa, a sixth-grade student, said that he is happy to have a new, clean, colorful school.

Noting that he wants to be a doctor when he grows up, Jumaa said: "This school isn't like the old one. It's colorful and all the materials are new."

Tal Abyad was used as a so-called military base for four years by the Syrian branch of the PKK, the YPG, during which time the terrorist organization destroyed the district's schools. Twenty-two neglected schools have been put back into service thanks to Turkey's efforts.

Locals living in areas held by the YPG have long suffered from its atrocities, as the terrorist organization has a notorious record of human rights abuses, ranging from kidnappings, recruitment of child soldiers, torture, ethnic cleansing and forced displacement. Most recently, the Turkish Defense Ministry on Tuesday announced that three YPG terrorists had been eliminated after trying to infiltrate the area.

Turkey launched Operation Peace Spring against the YPG, which is mainly backed by the United States, in northern Syria to prevent the creation of a terror corridor along its southern border and to bring peace to the region.

Since the initiation of the operation, Turkey has supported every aspect of life in the region, from health to education, security to agriculture. In this respect, efforts to clear bombs and improvised explosive devices were launched and local councils were tasked with administrative duties.

After the completion of the operation, the Turkish Armed Forces (TSK) and the Syrian National Army (SNA) units focused on ensuring the security of the region and creating the necessary conditions for the return of civilians displaced by terrorism.