Repaired schools give hope to children in Syria's Tal Abyad 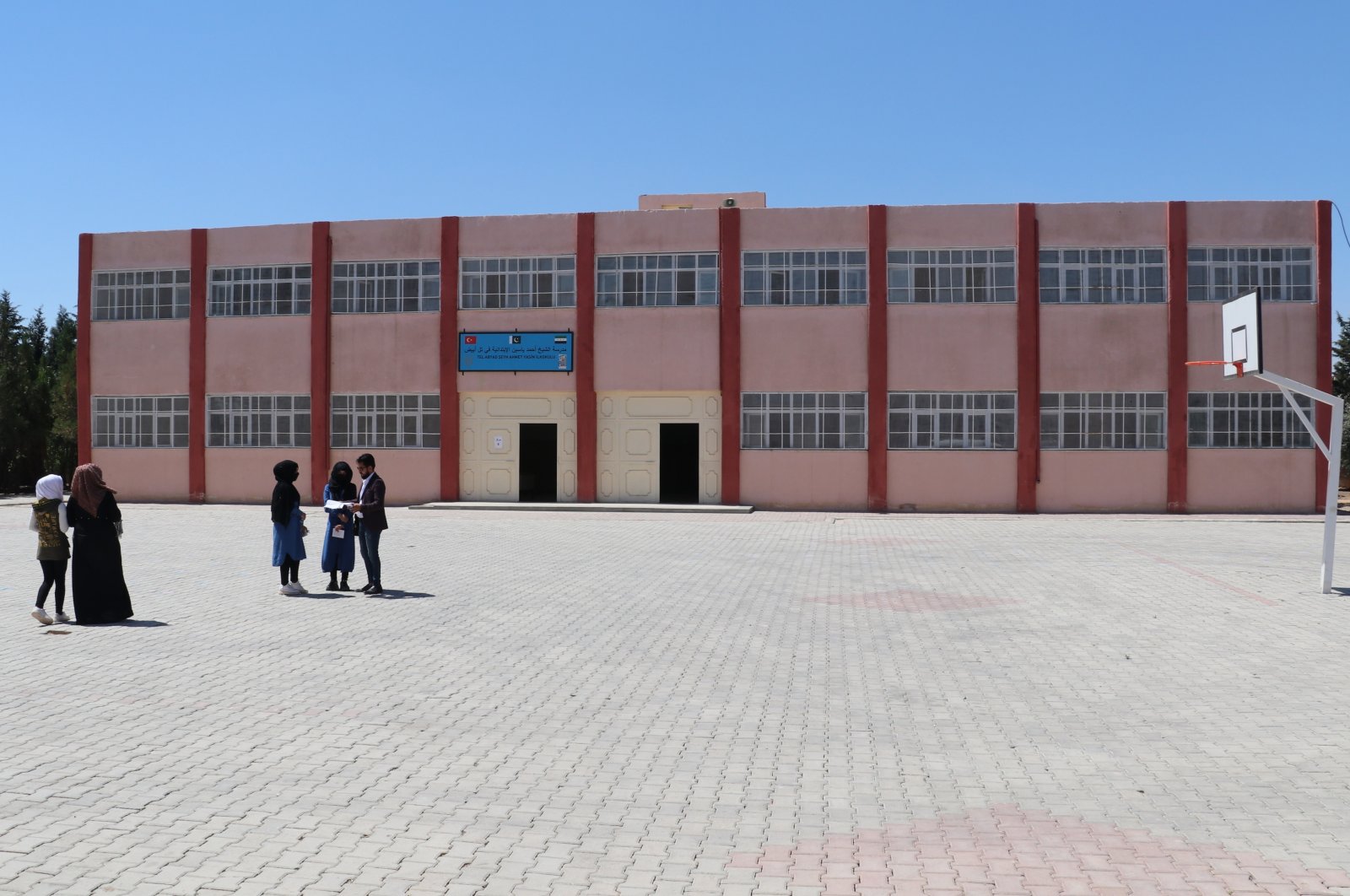 Children in northern Syria's Tal Abyad are now hopeful about their future as 22 schools in the region have been rebuilt, repaired and put back into service as a result of Turkey's efforts.

Tal Abyad was cleared of YPG, the Syrian branch of the PKK terrorist group, through Turkey's cross-border Operation Peace Spring in 2019. Since then, Turkey has been working to reestablish stability and security in the region and these efforts have also focused on the field of education.

In the district of Tal Abyad, which was occupied by the YPG, the schools were destroyed by the terrorist organization, which used it as a so-called military base for four years. Twenty-two schools that were neglected have been put back into service thanks to Turkey's efforts.

With the joint contributions of the Tal Abyad local council and southeastern Şanlıurfa province's Syria Support and Coordination Center (SUDKOM), tables, chairs, blackboards and laboratory support equipment were provided to 130 schools in the district that lacked educational materials.

After the region was cleared of terrorists, there has been an increase in the number of students going to school.

Speaking to Anadolu Agency (AA), Tal Abyad Education Director Mukri Haj Imam said that after Operation Peace Spring, positive steps were taken in the field of education. Imam stated that the environment of trust and stability provided by Turkey in the region is reflected in the number of students going to school.

Emphasizing that Turkey has made the most important contribution to education in the region, Imam said, "Twenty-two schools in the Tel Abyad region have been repaired and four schools are in the process of being repaired."

He also noted that in the 2021-2022 academic year, 33,000 students at primary, secondary and high school levels enrolled in schools.

Tal Abyad is populated mostly by Arabs and was occupied by the Daesh terrorist group in 2014. A year later, the YPG took control of the town with the support of the U.S.-led coalition. Tal Abyad was later cleared of terrorists via Operation Peace Spring on Oct. 13, 2019.

After liberating the town from the YPG last year, Turkey rolled up its sleeves to launch a normalization period in Tal Abyad, which borders the Akçakale district of southeastern Turkey’s Şanlıurfa. Since then, Turkish troops and organizations have implemented a wide range of measures to eradicate traces of terrorism in the liberated towns by repairing hospitals and schools, demining the region and, most recently, providing vital COVID-19 aid.