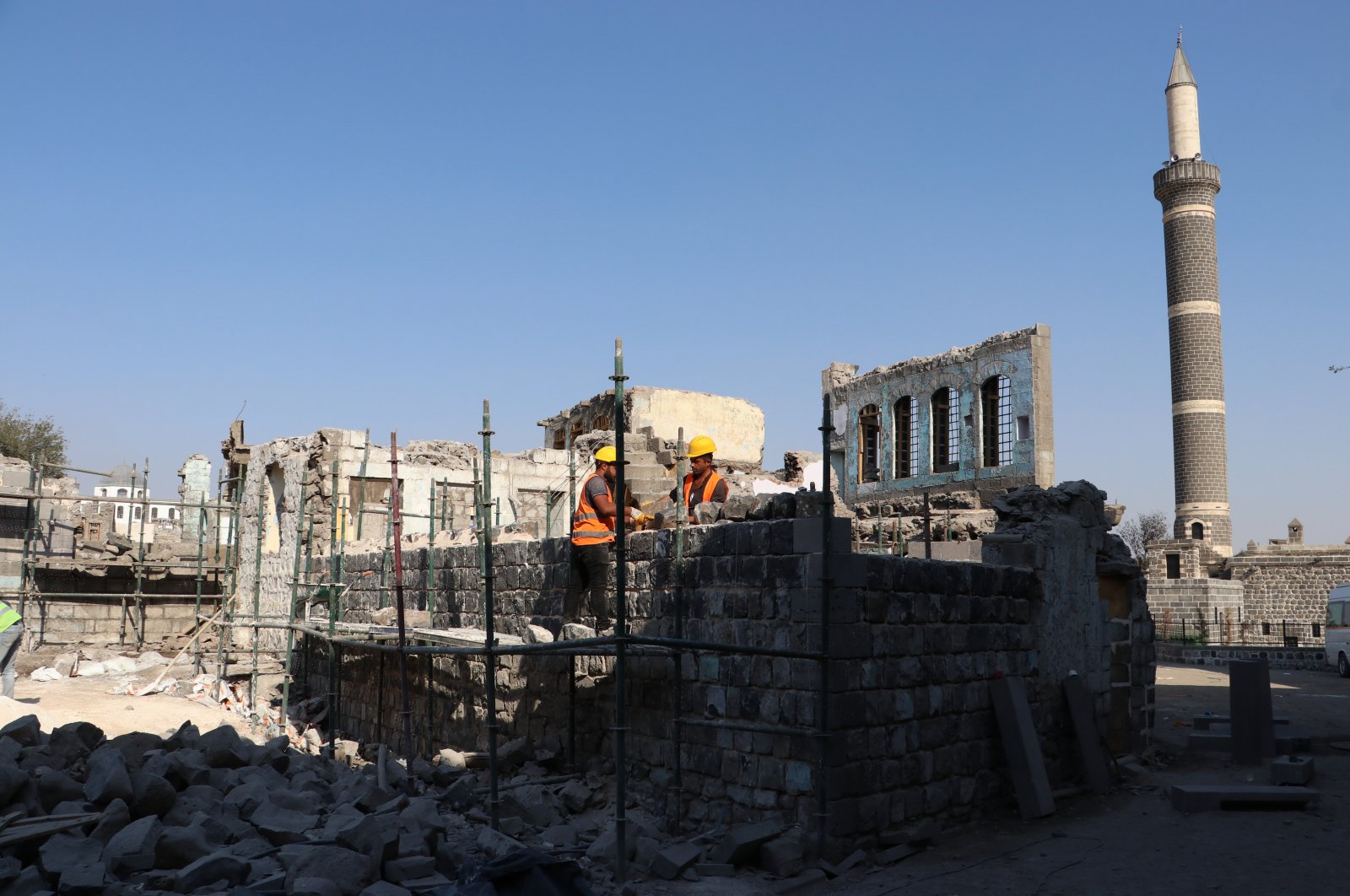 Municipalities previously governed by the pro-PKK Peoples’ Democratic Party (HDP) have boosted their services to citizens after being rid of terrorism, the Interior Ministry stated.

A report, published by the ministry and titled “Municipalities rid of terrorism and their services,” lists the damage caused by HDP-run municipalities as well as new investments and opportunities after the end of HDP governance.

The report stated that “the terrorist organization and its political affiliations used the March 31 elections as an opportunity to recruit militants, find financial sources and manage its own base” while there was an attempt to nominate people for office who could be easily used by the PKK terrorist organization.

Following the March 31 elections, 59 municipalities were run by the HDP.

The report underlined that 48 of these municipalities were found to have attempted to turn the municipalities into logistical centers financing the PKK's activities and providing necessary means.

Within the first five months following the elections, the mayors of the three HDP-held metropolitan municipalities, namely Diyarbakır, Mardin and Van, were dismissed due to terrorism links. They were followed by many other mayors who have been replaced with trustees for similar reasons.

The HDP has many times drawn ire for transferring taxpayer money and funds to the PKK, a globally recognized terrorist group. HDP mayors and local officials have been found misusing funds in support of the PKK terrorist group and providing jobs to PKK sympathizers.

Over the course of its more than 40-year terror campaign against Turkey, the PKK – listed as a terrorist organization by Turkey, the U.S. and the European Union – has been responsible for the deaths of some 40,000 people, including women, children and infants.

The report pointed out that under HDP governance, PKK-linked individuals were employed in the municipality, signboards carrying the names of terrorist members were erected in streets despite the governorates' opposition and home care services to the needy and old were halted. While members of these administrations refused to attend Turkey's national holiday celebrations, they stood in homage for dead terrorists and participated in remembrance services, the report added.

Money has since flown into the financing of local services instead of terrorist organizations, it highlighted.

Saying that public resources have been secured thanks to the appointment of trustees, the ministry stated that citizens’ peace and prosperity have increased as more resources were used for municipality services.

As part of using the municipalities’ resources for citizens’ services, 172 kilometers (106.8 miles) of asphalt, 2,245 kilometers of stabilized road, 710 kilometers of water supply network, 61 potable water wells, 13 drinking water and wastewater treatment facilities, 430 kilometers of sewage system, 229 gardens and playgrounds and 10 youth centers and women culture centers were constructed since trustees took over the municipalities. Close to 431,473 trees were also planted during this time.

It added that while TL 1.7 billion ($219.49 million) of investment was made in these municipalities, a debt of TL 1.5 billion was paid.