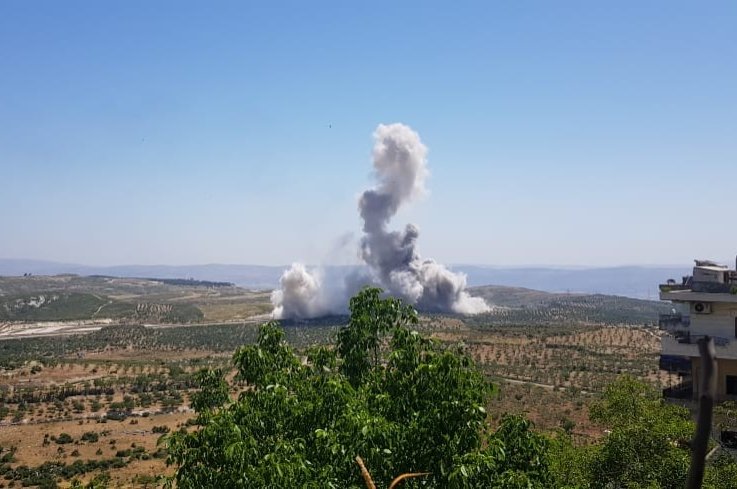 A Turkish soldier was killed in the northwestern Syrian province of Idlib on Wednesday after an explosion along the M4 highway, Turkey's Defence Ministry said in a statement.

Earlier, Turkey's private Demirören News Agency (DHA) had reported that the explosion was caused by a roadside bomb but the Defence Ministry said the reason for the blast was not immediately clear.

"During a road control patrol in the Idlib region, due to an explosion 250 meters south of the search area, and whose cause has not yet been determined, one soldier was wounded and taken to hospital immediately, but was martyred despite all efforts," the ministry said.

Video footage posted online showed smoke billowing from a building along the M4 highway before a large explosion along the road where the patrol was taking place.

Turkey and Russia, which back opposing sides in Syria's war, agreed on a cease-fire on March 5 following weeks of clashes that brought them to the brink of direct confrontation. Ankara backs opposition groups fighting against Bashar Assad regime, and Moscow supports Damascus.

Fighting in Idlib, which escalated starting in December, has displaced nearly a million people and raised concerns of a fresh wave of migrants towards Turkey, which currently hosts nearly 4 million refugees.

Since the deal, Turkey and Russia have conducted 12 patrols along with the M4 so far, some of which were cut short due to security concerns, according to Russia's Defence Ministry.

President Recep Tayyip Erdoğan last month accused Assad's forces of violating the cease-fire, warning that they would suffer "heavy losses" if it persisted. He added that Ankara would not allow any "dark groups" in the region to violate the cease-fire either.