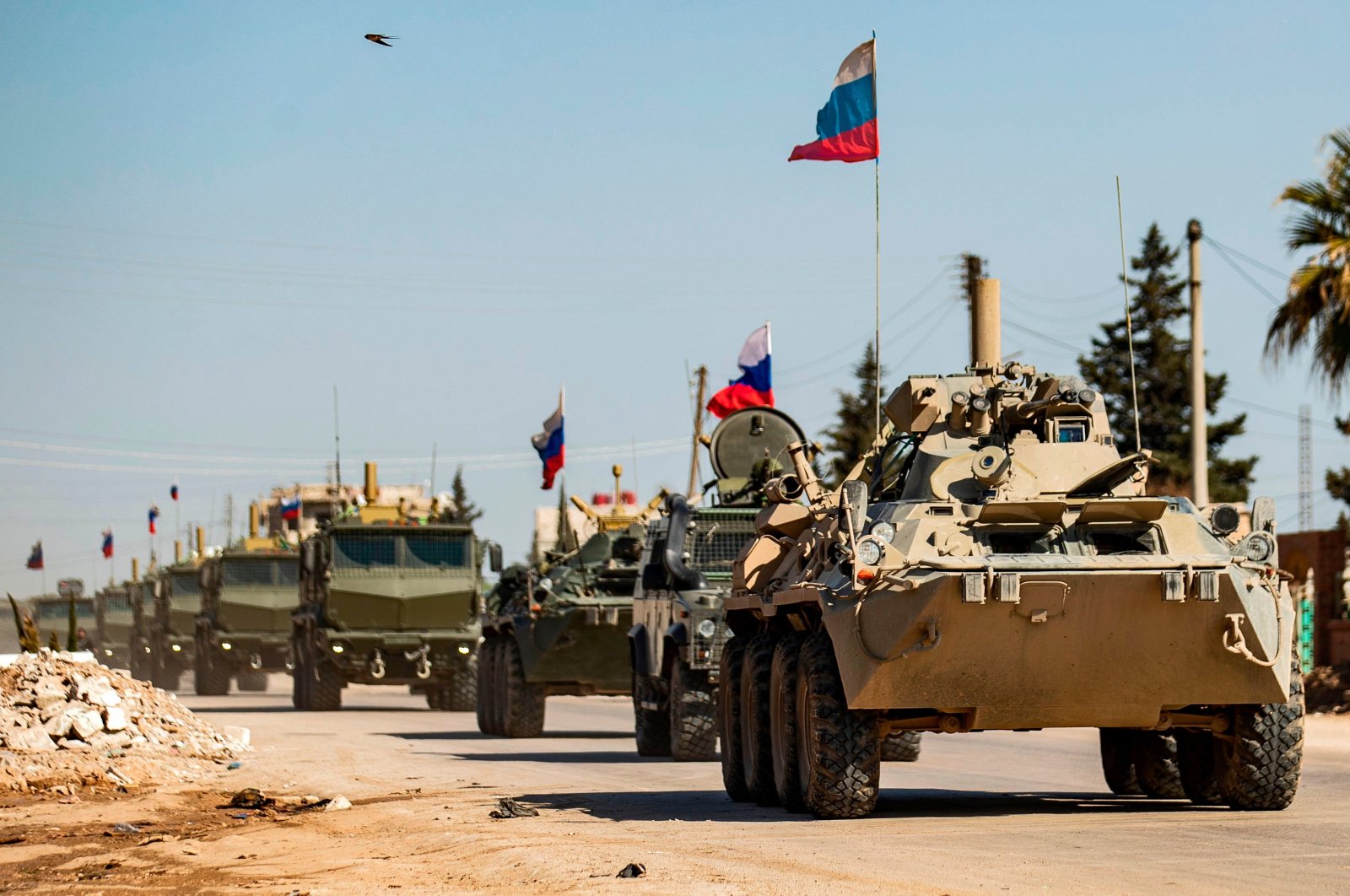 Russian military vehicles driving in a convoy from the town of Tal Tamr to Qamishli airport, in the city of Qamishli in Syria's northeastern Hassakeh province, March 9, 2020. (AFP)
by Daily Sabah with Reuters Aug 18, 2020 6:36 pm

A Russian major-general died and three other servicemen were injured after a bomb exploded in the path of a Russian military convoy near Deir el-Zour in Syria, the RIA news agency cited the defense ministry as saying on Tuesday.

A joint Turkish-Russian patrol in northwest Syria's Idlib region was hit by a blast Monday, but no troops were injured.

Monday’s attack was carried out by terrorists using a rocket-propelled grenade near the Ariha town of Idlib, Demirören News Agency (DHA) reported.

Last week, Russia said the joint military patrols in Idlib, carried out along the M4 highway linking Syria's east and west, had been suspended over increasing militant attacks in the area.

As part of the agreement, Turkish and Russian forces have been carrying out joint patrols along the M4 highway linking Syria's east and west and establish a security corridor on either side of it.