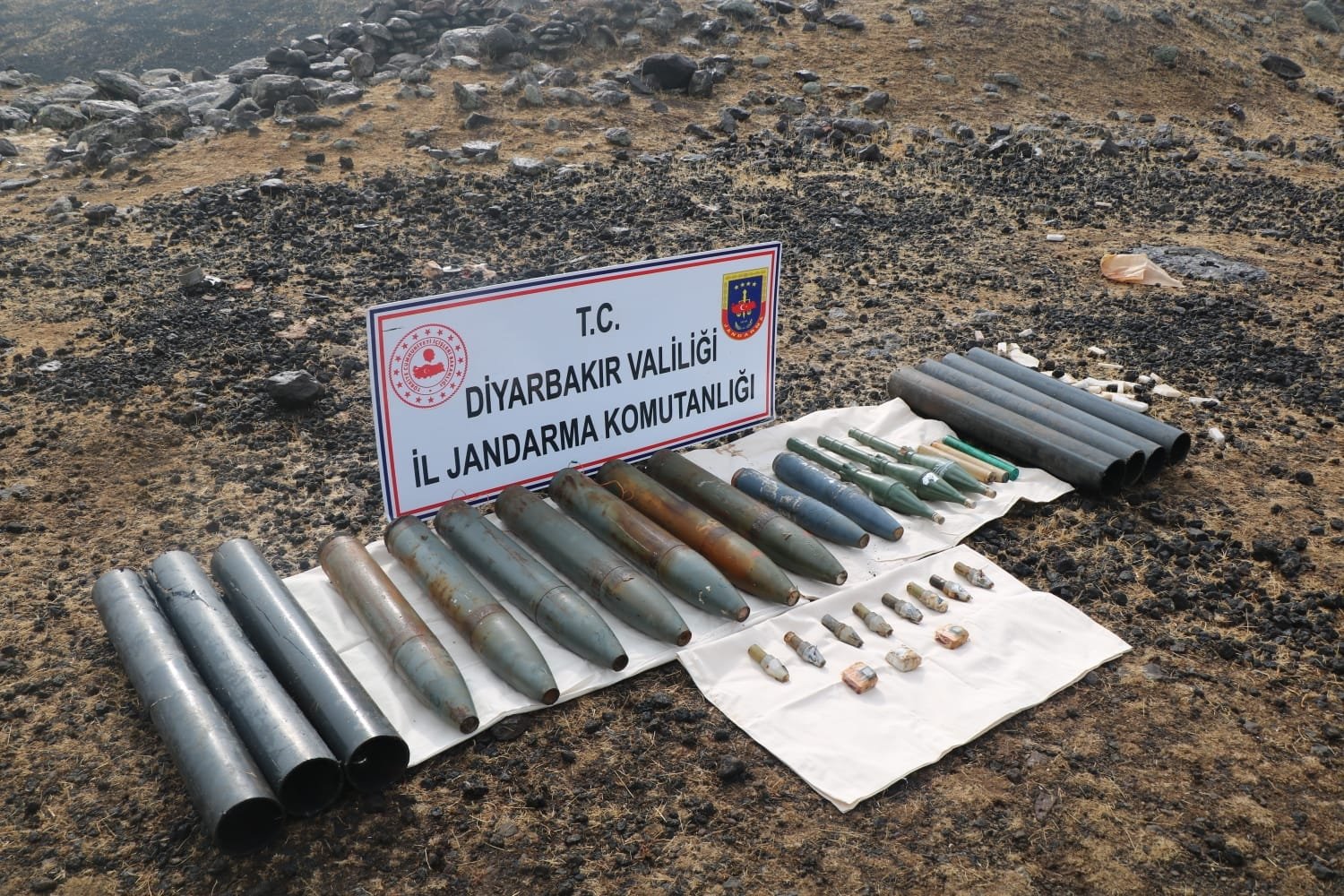 The recovered ammunition was reportedly transferred in from abroad to be used in the group's future terrorist attacks on major Turkish cities.

The Diyarbakır governorship in a statement said the ammunition was prepared abroad before being transferred to the country through terrorist couriers for the YPS, an armed wing of the PKK that recruits and trains mostly young people.

The arsenal was demolished by the security forces.

The Turkish Armed Forces (TSK) also carry out cross-border operations in northern Iraq, a region where PKK terrorists have hideouts and bases from where they carry out attacks on Turkey. The operations were intensified after July 2018 and gradually became routine.

The PKK – listed as a terrorist organization by Turkey, the U.S. and the European Union – has been waging a terrorist campaign against Turkey for more than 40 years, resulting in the deaths of nearly 40,000 people, including women and children.

Meanwhile, as many as 16,000 opiate pills were seized in a drug bust in the section of northern Syria liberated from terrorists by Turkey's Operation Peace Spring, a security source said on Sunday.

In addition to the pills, the Turkish-allied Syrian National Army (SNA) also confiscated 10 kilograms (22 pounds) of hashish as well as some synthetic drugs in an operation against a YPG/PKK drug trafficking network, an army official told a reporter with Anadolu Agency (AA).

The operation, assisted by a sniffer dog, yielded the arrests of some suspects, the officials said.

To ensure peace and stability in the region, the army's security branches in cooperation with the Turkish National Intelligence Organization frequently carry out operations against YPG/PKK terrorist infiltration.

Since 2016, Turkey, in league with the Syrian National Army, has launched a trio of successful anti-terror operations across its border in northern Syria to prevent the formation of a YPG/PKK terror corridor and to enable the peaceful settlement of residents: Euphrates Shield (2016), Olive Branch (2018), and Peace Spring (2019).

The YPG/PKK is a major player in the European drug trade and uses drug trafficking profits to fund its terror attacks, according to Turkish officials.