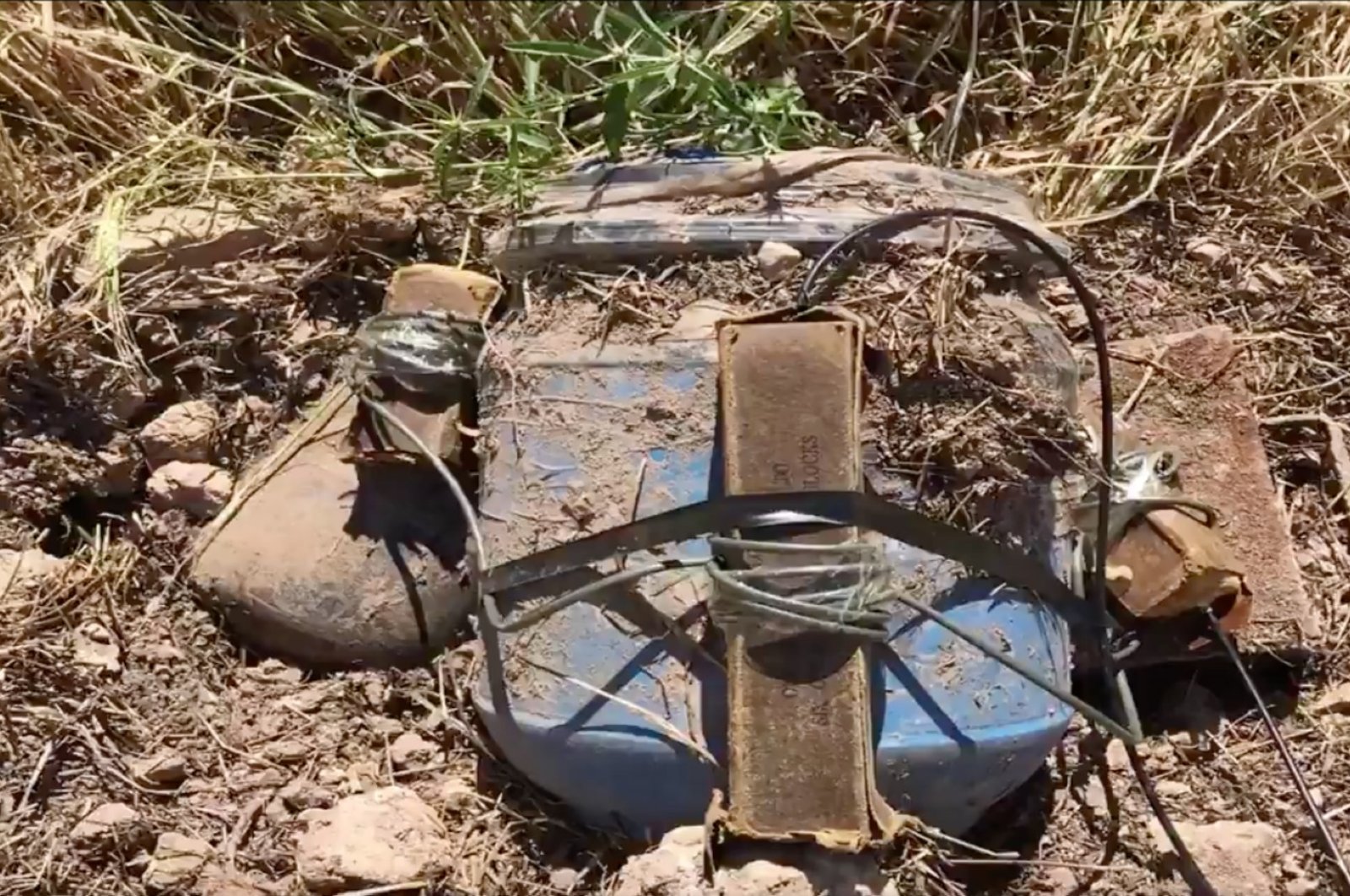 Explosives planted by the YPG/PKK terror group were seized in an area falling inside the region delineated as part of Turkey's Operation Peace Spring in northern Syria, May 11, 2020. (AA Photo)
by Anadolu Agency May 11, 2020 5:56 pm

Turkish security forces have destroyed a number of explosives and hand grenades planted on roadsides by YPG/PKK terrorists in northern Syria, the National Defense Ministry said on Monday.

The explosives were seized in an area falling inside the area delineated as part of Turkey's Operation Peace Spring, the country's cross-border anti-terror offensive in northern Syria, the ministry said on Twitter.

"Over the course of security searches and checks, our commandoes have found explosives and hand grenades planted along roadsides by the YPG/PKK targeting innocent civilians, and have destroyed them," said a statement by the Turkish Defense Ministry.

The Defense Ministry also shared images of explosives seized and their detonation.

Over the course of its more than 35-year terror campaign against Turkey, the PKK – listed as a terrorist organization by Turkey, the US and EU – has been responsible for the deaths of 40,000 people, including women, children, and infants. The YPG is the PKK's Syrian offshoot.