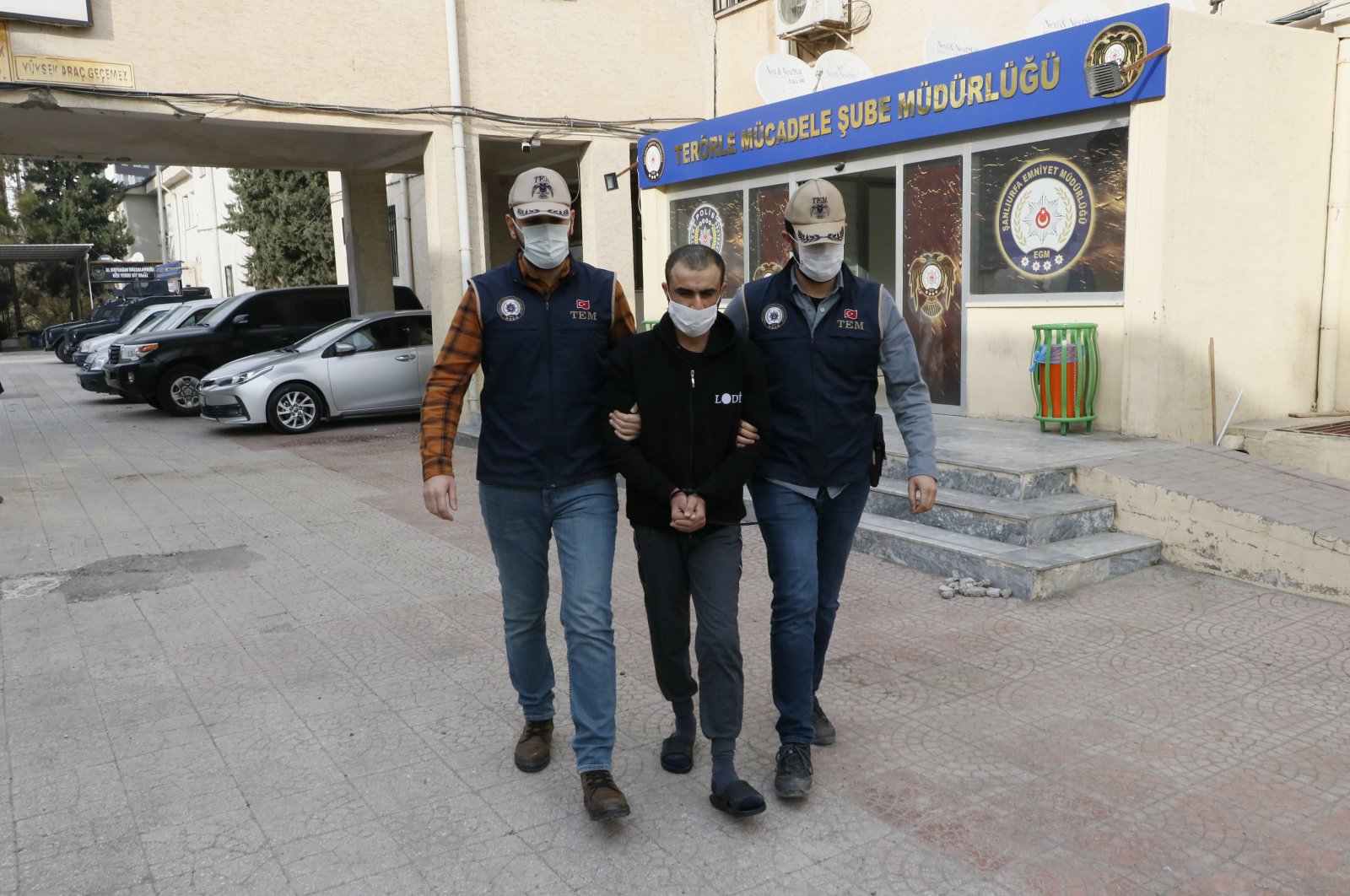 The police and the National Intelligence Organization (MIT) detained a Daesh terrorist who provided the group explosives for the 2016 Sultanahmet terrorist attack and the 2015 Suruç bombing.

The interior ministry on Tuesday announced that the police of southeastern Şanlıurfa province and the MIT regional department in coordination determined and prevented the activities of the Daesh terrorist organization. The terrorist was caught late Monday in Şanlıurfa.

Terrorist Azzo Halaf Soleiman Al Aggal was determined to have worked with Mahir Al Aggal, code-named “Abu Bera,” who planned several suicide bombings including the one that killed 12 German citizens in Istanbul's Sultanahmet in January 2016 and the bombing in Suruç, located across the border from the northern Syrian town of Ain al-Arab (Kobani), that killed 33 and wounded another 86 people in July 2015.

It was determined that the detained terrorist had been providing logistical support for Daesh terrorists entering Turkey for terrorist acts besides transferring explosives used in Aggal’s attacks in Turkey.

Aggal told security sources that he repaired the vehicles used by the terrorist members, while he also undertook the tasks of coating the vehicles with iron.

The terrorist further stated that he had nine siblings, two of whom died in a bombing in Syria’s Raqqa province, and that he himself joined the terrorist organization in 2014. After joining the group, Aggal received arms and ideological training and was told that members could not leave Daesh and had to follow every command without question.

He also said that former Daesh leader Abu Bakr al-Baghdadi, who was killed in a U.S. military operation in Syria’s northwestern Idlib in 2019, was the emir and caliph of all Muslims.