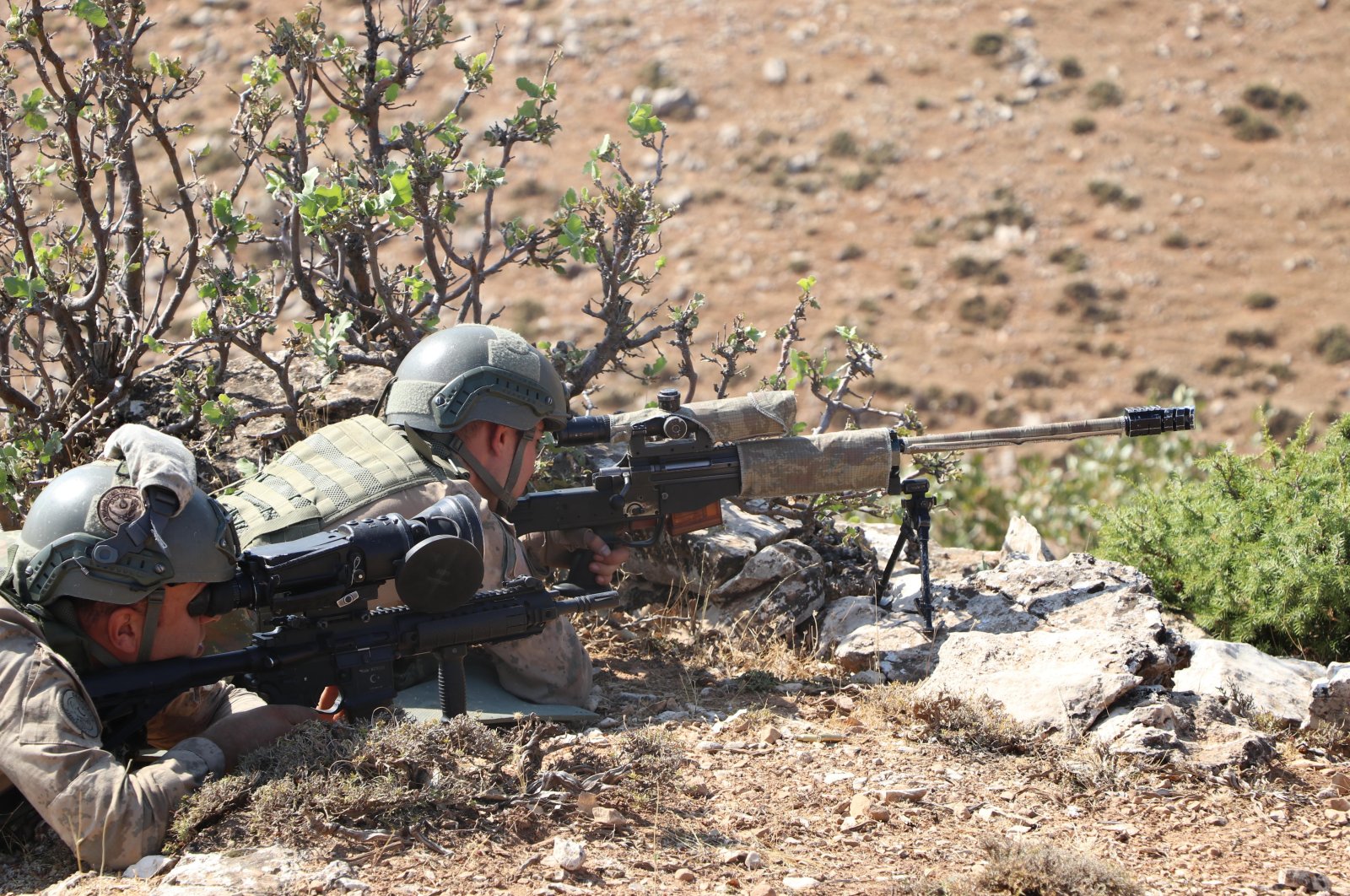 Turkish security forces participate in a counterterrorism operation against the PKK in Siirt, eastern Turkey, Sept. 30, 2019 (DHA Photo)
by DAILY SABAH Aug 14, 2020 11:44 am

Bozyiğit, codenamed "Destan" was listed in the grey category of the ministry’s Most Wanted terrorists list. The terrorists are divided into five color-coded categories, with red marking the most wanted, followed by blue, green, orange and grey, depending on the severity of their criminal activities.

Turkish security forces regularly conduct counterterrorism operations in the country's eastern and southeastern provinces, where the PKK has attempted to establish a strong presence and have adopted strategies, like "ending terrorism at its root" and "attack rather than defense."

In its more than 40-year terror campaign against Turkey, the PKK – listed as a terrorist organization by Turkey, the U.S. and European Union – has been responsible for the deaths of 40,000 people, including women and children.