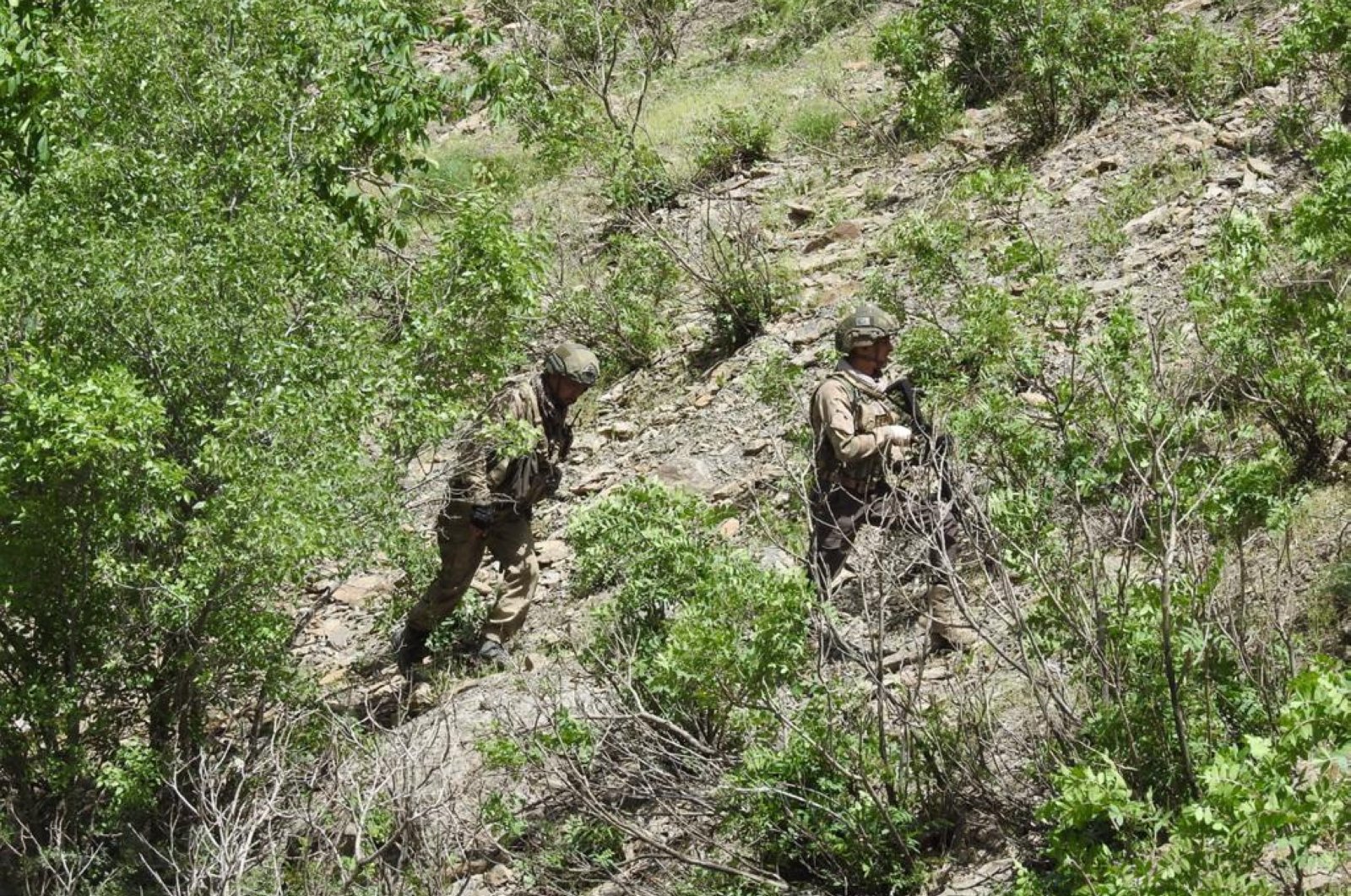 Turkish security forces regularly conduct counterterrorism operations in the eastern and southeastern provinces of Turkey, where the PKK has attempted to establish a strong presence. (AA)
by DAILY SABAH May 28, 2020 12:10 pm
RECOMMENDED

Turkish security forces have destroyed two improvised explosive devices planted by PKK terrorists in the Pervari district of the country's southeastern province of Siirt. The device had been set for an attack as the country celebrated the Ramadan Bayram holiday, otherwise known as Eid al-Fitr.

According to security sources, Siirt's Provincial Gendarmerie Command and Provincial Security Directorate took decisive action upon intelligence that suggested the PKK was preparing for an attack on the region over the course of the holiday. After a large-scale operation searching the terrain across the region, security forces identified two explosive devices planted on a road. The explosives were duly destroyed in a controlled manner. The search for those responsible, however, still continues.

Meanwhile, during another operation in the eastern province of Van, a person suspected of aiding and abetting a terrorist listed on the orange category of the interior ministry's most wanted list was detained on Thursday. The Interior Ministry's most wanted list is divided into five color-coded categories, with red indicating the greatest threat to Turkey's national security, followed by blue, green, orange and gray.

According to a statement from Van's governorship, work on encrypting the activities of PKK terrorists is ongoing.

The statement referred to an operation on May 27 when one of the most wanted terrorists, Mustafa Ertaş, who is suspected of being behind two separate terrorist attacks four years ago, was captured. The statement said that following the operation, further investigations revealed that Ertaş had an accomplice, who also was captured during Thursday’s operation. The detained suspect is still being questioned, the statement added. Ertaş, code-named Reşit, was killed in the air-supported operation in the Dikbıyık neighborhood of the Gürpınar district.

The terrorist drove a bomb-laden vehicle from rural Gürpınar into the city of Van with the intention of carrying out a bomb attack targeting the ruling Justice and Development Party (AK Party) headquarters there in 2016 and – in just the same year – used a rocket launcher against an armored police vehicle.

He was a top figure who was responsible for the terrorist group’s activities in rural areas, the statement said.

Turkish security forces have adopted a strategy of “cutting terrorism at the root” and “attack over defense.”