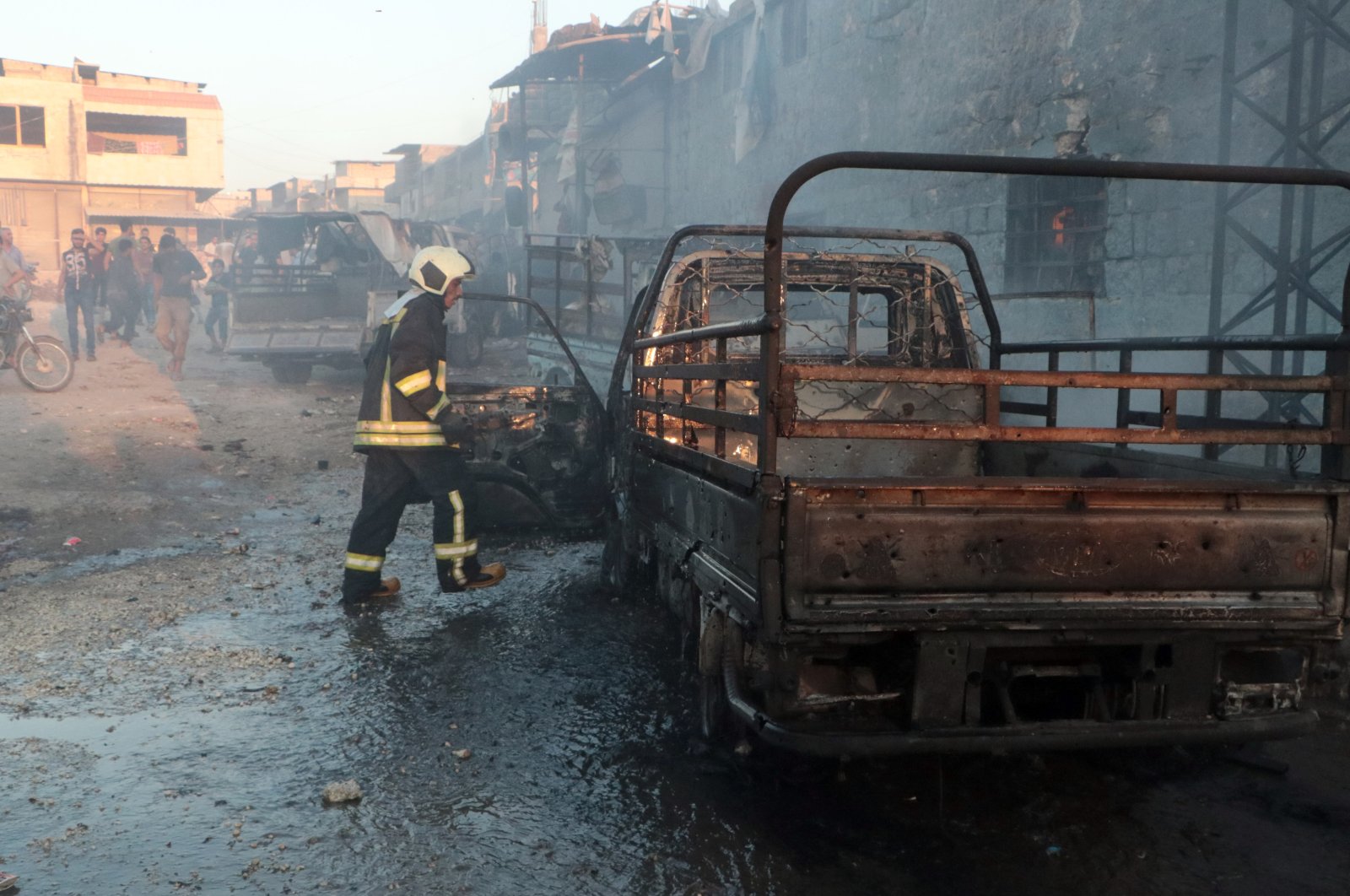 Security forces in northwestern Syria's Afrin thwarted a PKK/YPG terrorist when they seized a vehicle rigged with explosives Sunday.

The vehicle was laden with 75 kilograms (165 pounds) of explosives connected to mobile phones for remote detonation, according to a statement issued by the governor's office of southern Turkey's Hatay province.

The statement said the local police received intelligence reports that a bomb-laden vehicle, prepared in the PKK/YPG-controlled Tal Rifat region, was being sent into the Operation Olive Branch area of Afrin. Its purpose was to either attack security forces or civilians, said the statement.

The explosives were planted under the seats and in the trunk of the car, which was found abandoned in Afrin's Mazra village, it added.

According to the statement, the explosives were safely defused by security personnel.

Afrin has largely been cleared of PKK/YPG terrorists by Turkey, which has launched a trio of successful engagements – Operation Euphrates Shield (2016), Operation Olive Branch (2018) and Operation Peace Spring (2019) – across its border in northern Syria since 2016. The goal of these operations was to prevent the formation of a terrorist corridor along the Turkish border and create a peaceful settlement for its residents and Syrian refugees.

According to local security sources, however, the group continues to attack from Syria's Tal Rifat and Manbij regions, often targeting Jarablus, Azaz and Afrin.

The Defense Ministry said on Twitter that commando units eliminated the infiltration attempt. The statement added that the Turkish military would not allow terrorists to disrupt peace and security in the region.