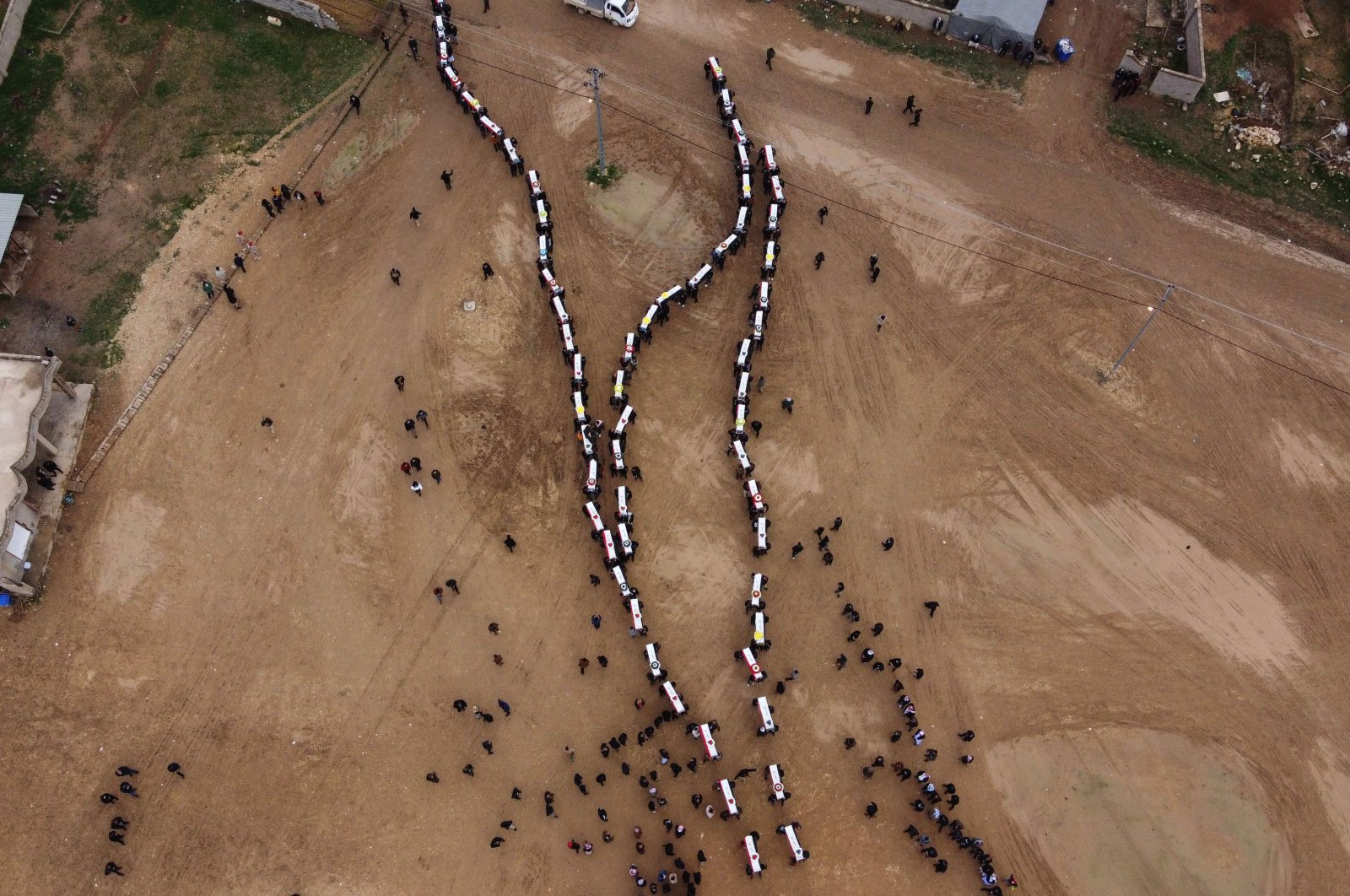 An aerial picture shows mourners carrying coffins wrapped in the Iraqi flag in a procession during a mass funeral for Yazidi victims of Daesh in the northern Iraqi village of Kojo in Sinjar district, on Feb. 6, 2021. (AFP Photo)
by DAILY SABAH Feb 10, 2021 4:00 pm
RECOMMENDED

The Sinjar agreement, announced by Baghdad and Irbil on Oct. 9, 2019, and aimed at solving all security, governance and service provision issues in Iraq's northern Sinjar region, has not been implemented yet, Prime Minister of northern Iraq's Kurdistan Regional Government (KRG) Masrour Barzani stated on Wednesday.

“The Sinjar Agreement has not been implemented in accordance with the terms. Forces that were supposed to withdraw remain in the area. We remain committed and call for the full implementation of the agreement,” Barzani wrote on Twitter.

The prime minister also stated that Iraq needs coalition presence and support to fight the threat of Daesh, which “remains a real threat and continues to stage attacks against security forces.”

In the normalization process aimed to achieve the implementation of the Sinjar deal, security arrangements will be implemented in line with the deal such as booting out armed groups, including the PKK terrorist organization, its affiliates and Iran-backed militias. Through the establishment of security and the removal of armed groups, it is expected that the displaced Yazidi community, which suffered genocidal attacks by Daesh when the group took control of significant swathes of the region, can finally return.

Meanwhile, the executive manager of Sulaimani’s emergency service told Rudaw that one terrorist of the PKK’s Syrian wing the YPG was killed and five others injured in a clash with several Peshmerga commando forces at Sulaimani’s Tasluja checkpoint on Kirkuk Road.

Last month, Defense Minister Hulusi Akar, following his visit to Iraq, stated that Turkey is closely following the developments in Sinjar, stressing that Ankara is ready to provide assistance in clearing terrorists from the region.