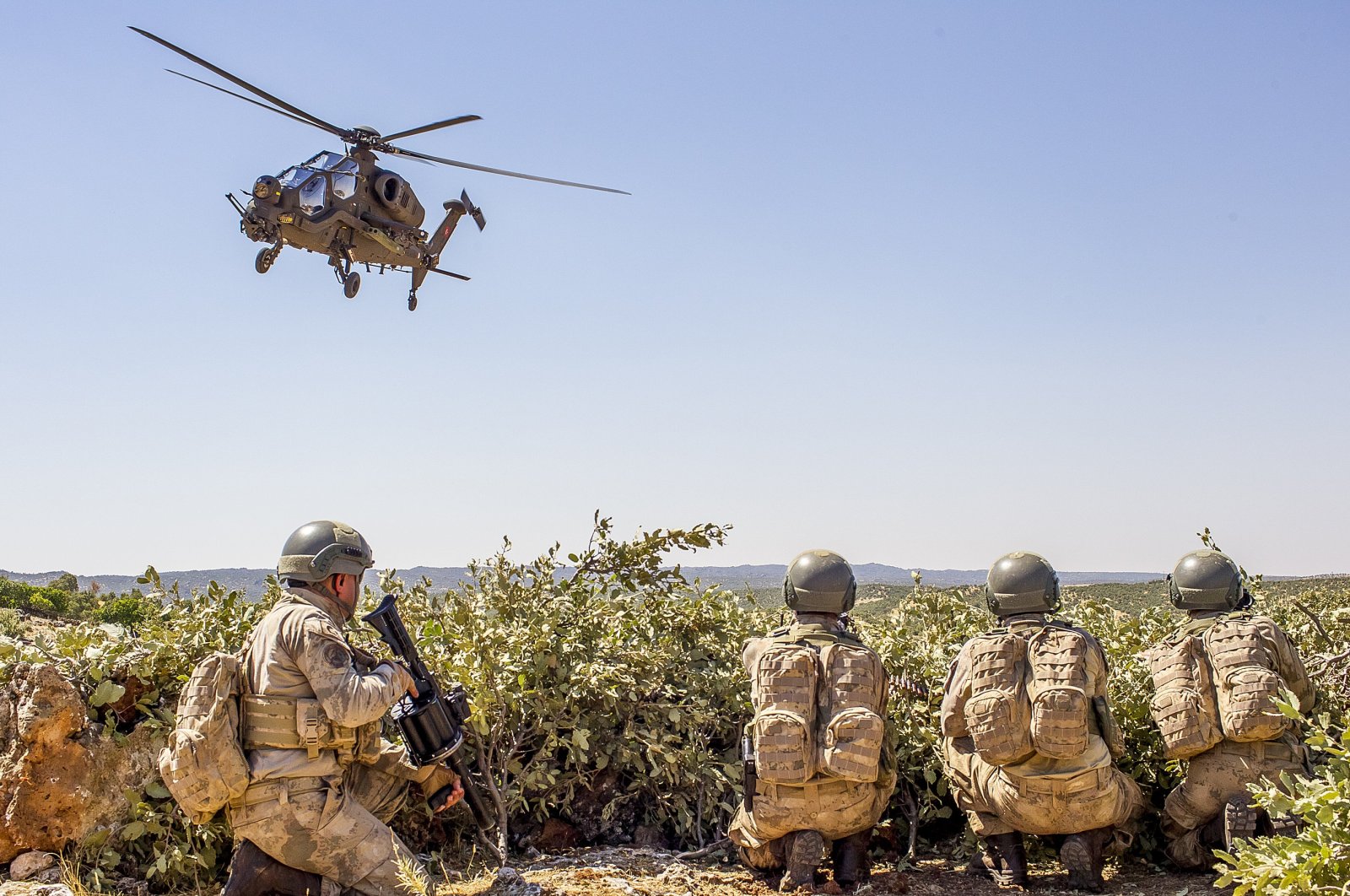 Turkey’s effective domestic counterterrorism operations have dealt a heavy blow to the PKK terrorist group, as they successfully brought the recruitment levels to an all-time low and eliminated top leaders, a report said Friday.

Operations Kıran and Kapan have successfully brought the number of PKK terrorists down to 492 from around 3,000 in 2016, Türkiye daily reported, adding that the group has been able to recruit only 13 militants in 2020.

Turkish security forces have adopted “ending terrorism at its root” and “attack rather than defense” strategies through nonstop counterterrorism operations across the country.

One of the terrorists included Mehmet Fatih Demir, code-named Mahsum, who was a top figure on the grey category of the Interior Ministry’s wanted list and sought with a TL 500,000 ($70,000) bounty on his head.

Another terrorist recently killed in the Doğubayazıt district of eastern Ağrı province was also on the grey category of the wanted list.

Ramping up its fight against terrorists, Turkey launched Operation Kapan in February to eliminate terrorists in the southeastern Mardin province. The move follows Operation Kıran, again launched against YPG/PKK terrorists based in the country's southeast.