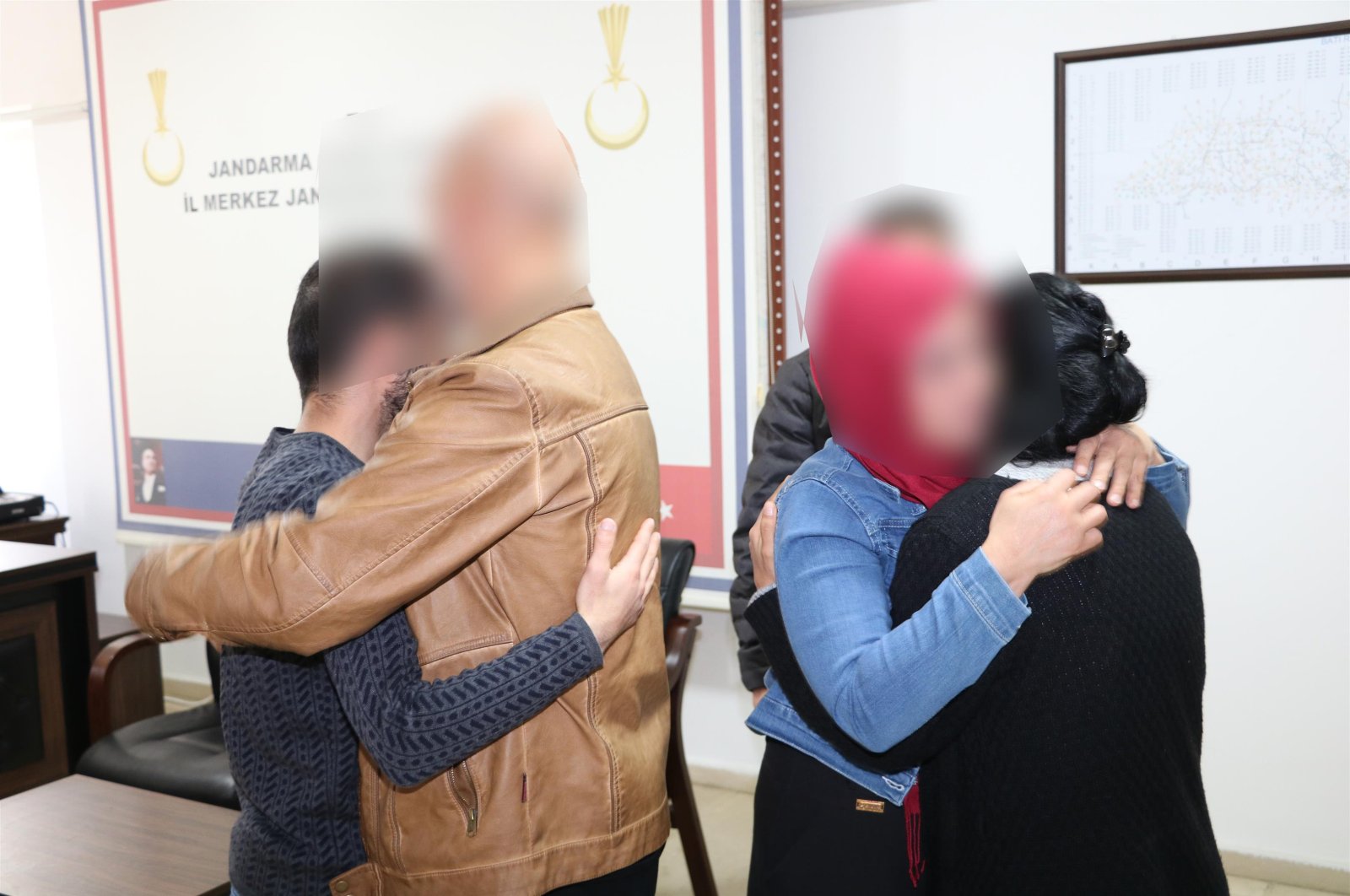 A surrendered terrorist, wanted by Ankara under the orange category, has spoken out publically about the PKK terrorist organization’s oppressive tactics and propaganda activities against Turkey as security forces continue efforts to convince members to hand themselves over to authorities.

“People, young people have been dying for years. These deaths do not mean anything to the alleged high-ranking members of the organization. Many within the organization have started to realize things, yet cannot say anything. Some are afraid to step up,” said R.Y., who surrendered to security forces in southeastern Hakkari province’s Yüksekova district earlier this month stated.

The former terrorist told security forces that he joined the organization in 2012 and received training in several fields.

Explaining that watching, thinking, speaking and discussing a range of topics was prohibited by the organization, R.Y. said, “You get what they give. You are forced to do many things with this perception. I have been under this effect for years, later I started to question the things I saw. I realized that the things they say do not reflect reality and that we were tricked.”

R.Y. indicated further that he decided to flee the terrorist organization after seeing its real face and urged others to be brave and escape the PKK’s oppression.

The surrendered terrorist said the organization dissuaded those considering quitting with false allegations that they would be received harsh treatment and even death at the hands of Turkish security forces.

They try to create this perception by saying, “Even those who show remorse are held in prisons for years.”

“They say that those surrendering are not allowed out of prison and will be tortured and killed,” R.Y. stated, stressing that all of this propaganda was a lie he witnessed firsthand.

“I was treated well. They (Turkish security forces) helped me in every aspect. They help people to get out of this swamp and come to your assistance. I saw this first hand and decided to surrender. I realized that my concerns, hesitations and fears were groundless,” he added.

While the Turkish security forces carry out counterterrorism operations both within Turkey and across its borders, a large number of terrorists continue to surrender voluntarily. Some of those who surrendered recently have reported that many others cannot do so out of fear for their lives.