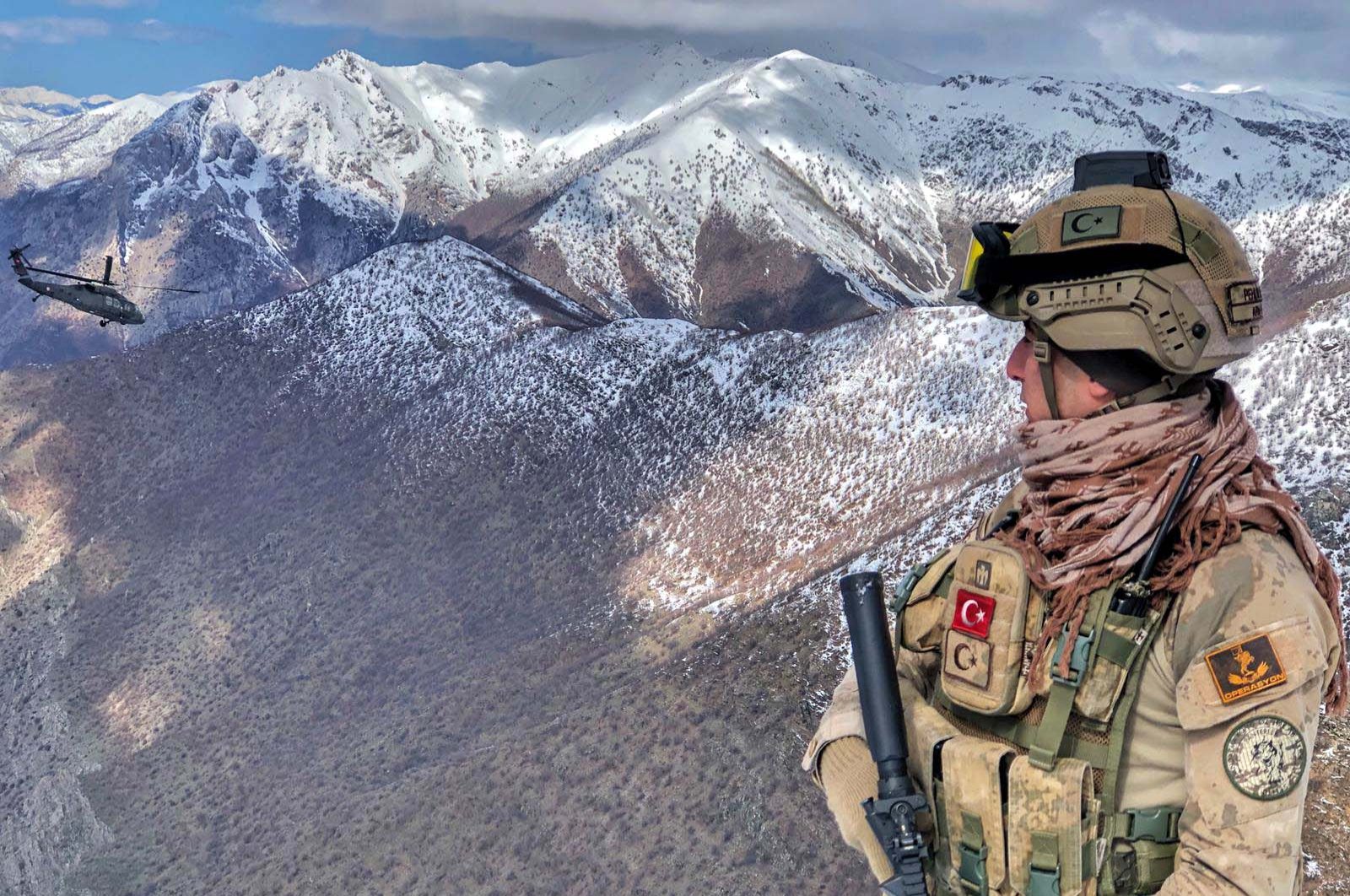 Turkish security forces regularly conduct counterterrorism operations in the eastern and southeastern provinces of Turkey where the PKK has attempted to establish a strong presence and bases. (AA Photo)
by DAILY SABAH WITH AA Apr 22, 2020 11:20 am
RECOMMENDED

A YPG/PKK terrorist who surrendered to security forces in southeastern Turkey on Tuesday said that the situation in Syria is "terrible" as many members of the terrorist group contracted the coronavirus.

In a statement, the Interior Ministry said the terrorist, identified by the initials H.A., who joined the terror organization eight years ago, turned himself in in the Nusaybin district of Mardin province after being persuaded by security forces.

"The terrorist group wants those who are sick to commit suicide attacks," he said.

H.A. also said that he has many friends who want to escape like he did.

"If my friends who hear my voice want to live, they should run away as soon as possible," he said.

Meanwhile, according to local sources, in areas occupied by the YPG/PKK in Syria, the outbreak has been out of control. Local people cannot find any medicine or treatment. If the members of the terror group find an opportunity, they try to escape to Turkey.

Turkish security forces and the families of terrorists have so far been able to persuade at least 72 terrorists to drop their weapons since the beginning of this year.

In its 35-year-long terror campaign against Turkey, the PKK – listed as a terrorist organization by Turkey, the U.S. and EU – has been responsible for the deaths of 40,000 people, including women, children and infants. The YPG is the PKK's Syrian offshoot.