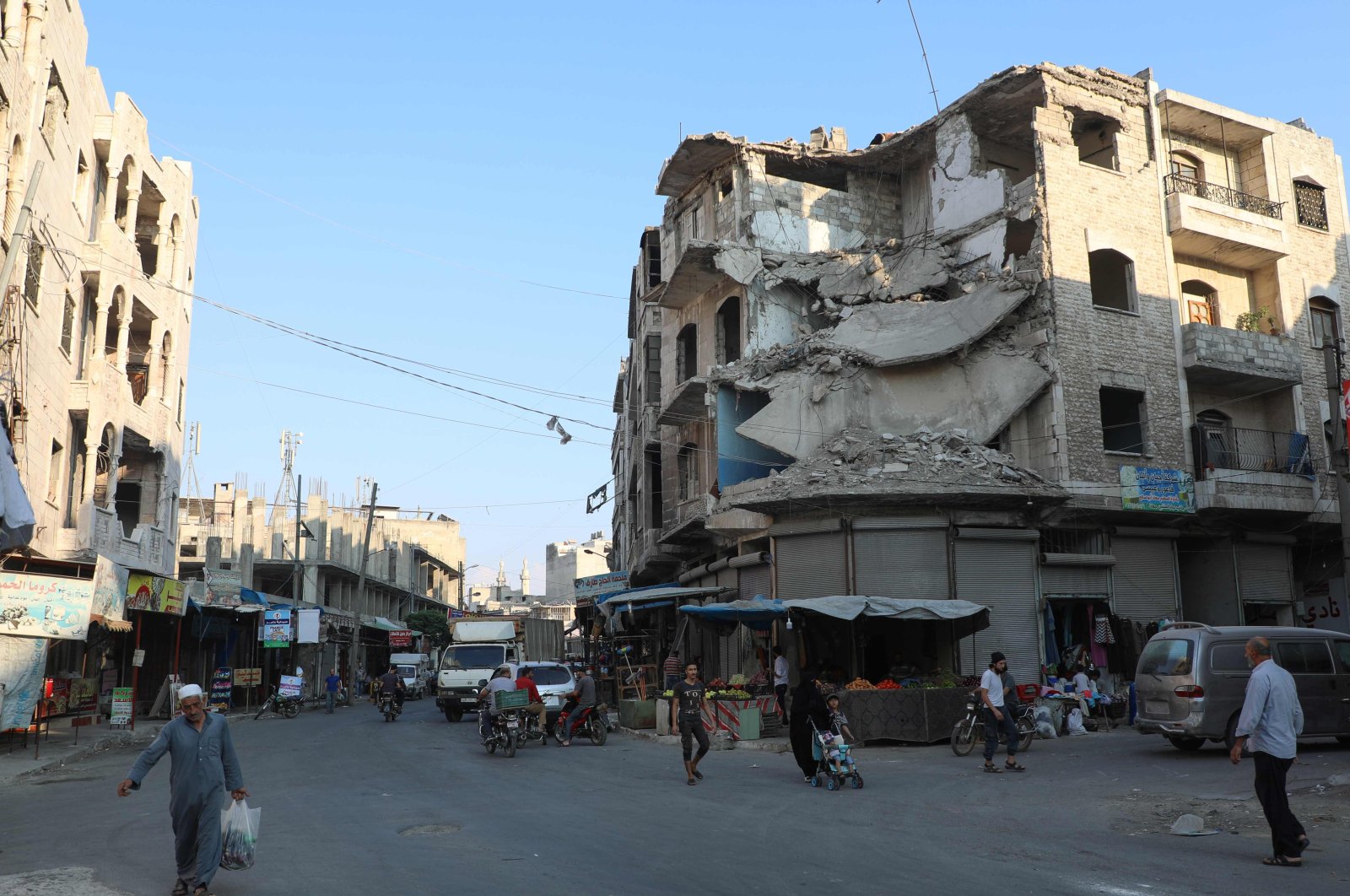 People walk near heavily damaged buildings due to the Syrian regime's attacks in the opposition-held city of Idlib in northwestern Syria on September 16, 2019. (AFP Photo)
by French Press Agency - AFP Mar 11, 2020 11:03 am
RECOMMENDED

The unprecedented trial of two alleged former Syrian intelligence officers accused of participating in crimes against humanity will begin in April, a German court said Tuesday.

Legal campaigners at the Berlin-based European Center for Constitutional and Human Rights (ECCHR) say it will be the first-ever legal proceedings in the world over state-sponsored torture in Syria.

The trial begins on April 23 in the western German city of Koblenz, and is expected to run at least until August.

Anwar Raslan, 57, is charged with crimes against humanity, rape and 58 counts of murder, while 43-year-old Eyad Al-Gharib is accused of having been an accomplice.

Raslan allegedly led the investigations division of "Branch 251" of the Syrian secret services, which operated a prison in the Damascus area. Prosecutors say he participated in the torture and abuse of prisoners between April 2011 and September 2012.

In a statement Tuesday, the court cited the charge sheet, which alleged that around 4,000 prisoners were "beaten, kicked and subjected to electric shocks" under Raslan's leadership at the Branch 251 prison.

There was also allegedly "at least one case of rape and aggravated sexual assault."

Prosecutors believe Raslan "knew about the extent of the torture, which means he also knew that prisoners were dying as a result of extreme violence."

Al-Gharib is accused of having rounded up anti-government demonstrators and driven them to prisons where they were "brutally and systematically tortured."

Both men later fled to Germany but were arrested in February 2019 as part of a Franco-German investigation.

Although Syrian nationals, they are to be tried on the principle of universal jurisdiction, which allows a foreign country to prosecute crimes against humanity.

The German trial follows a series of complaints filed in several European countries by torture victims and their associates, with the support of lawyers at the ECCHR.

Sixteen Syrians supported by the ECCHR are expected to be involved in the trial, nine as joint plaintiffs and seven as witnesses.

"In using the principle of universal jurisdiction, the German judiciary is sending an important signal to survivors and those affected by Syrian President Bashar Al-Assad's system of torture and oppression," said the ECCHR in a statement.

"The trial in Koblenz is an important step, if only a beginning on the long road to justice," said the ECCHR's Patrick Kroker. But, it added, "more prosecutions must follow."