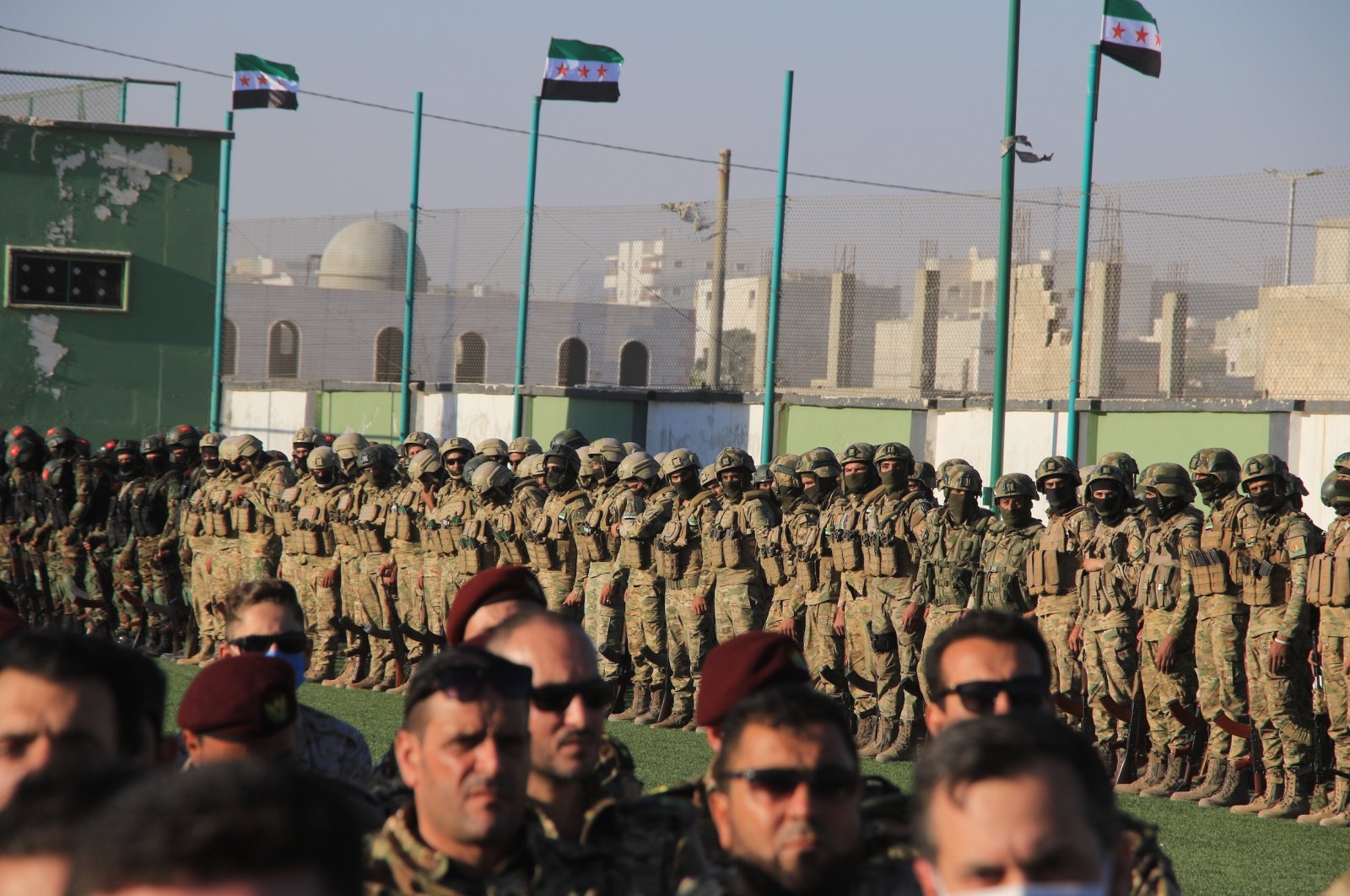 At a ceremony held in the center of the al-Bab district, the five divisions announced that they had merged and would operate side by side with the Turkish Armed Forces (TSK) in areas rid of terrorism following Turkey's military operations in the region.

Since 2016, Turkey has launched a trio of successful counterterrorism operations across its border in northern Syria to prevent the formation of a terror corridor and enable the peaceful settlement of residents – namely operations Euphrates Shield (2016), Olive Branch (2018) and Peace Spring (2019).

The Syrian Liberation Front will have around 20,000 soldiers and will be comprised of the Hamza Division, Mutasim Division and Sultan Suleyman Shah Division as well as the 20th Division and North Falcons Brigade.

Mutasim Abbas, the general commander of the newly formed military body, said five brigades were merged into a single unit and will continue operations against terror cells, adding that the front would fulfill its duties under the umbrella of the SNA.

The top diplomat met with Salem al-Meslet, head of the National Coalition of Syrian Opposition; Anas al-Abdeh, president of the Syrian Negotiation Commission; and head of the Syrian interim government Abdurrahman Mustafa.