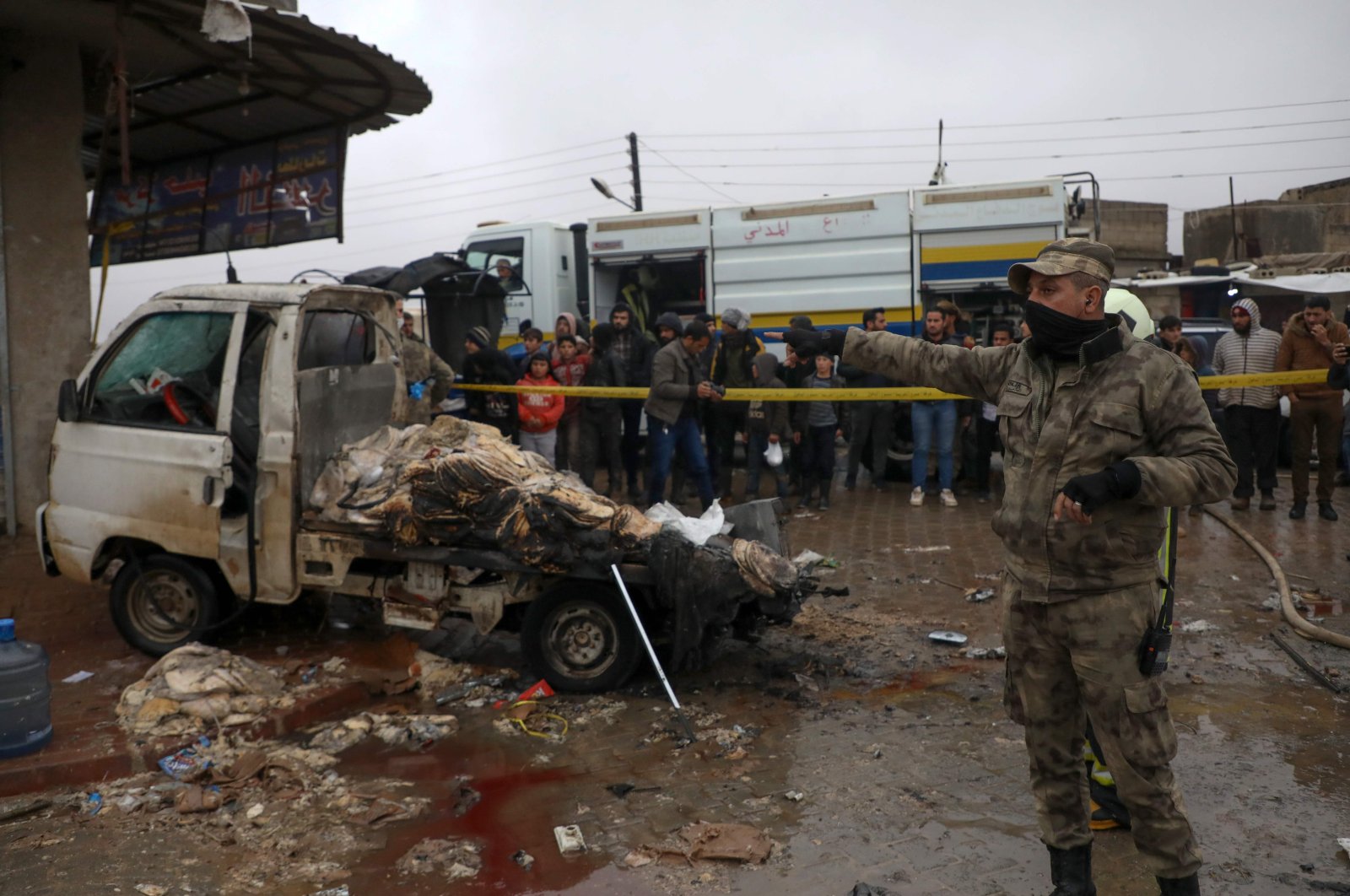 A Syrian opposition member gestures while standing in a pool of blood and water next to a damaged bread-delivery truck that exploded, killing at least one person and injuring at least six others, at the entrance of a market in the town of Saju near Azaz in the opposition-controlled northern countryside of Syria's Aleppo province, on Jan. 17, 2021. (AFP Photo)
by Daily Sabah with Agencies Jan 17, 2021 2:37 pm
RECOMMENDED

A bomb-laden vehicle exploded in the northwestern Azaz city of Syria on Sunday, killing at least one civilian and wounding six others.

The explosion took place in a popular market hall in Sicco village near the Turkish border.

Local authorities cordoned off the area, and the wounded were shifted to nearby health facilities.

No group has yet taken responsibility for the blast; however, the PKK terror group and its Syrian affiliate YPG are known to be active in the region.

Sicco village is home to camps of civilians who fled from violence by the Bashar al-Assad regime, and terror groups.

In its more than 30-year terror campaign against Turkey, the PKK – listed as a terrorist organization by Turkey, the U.S. and the EU – has been responsible for the deaths of 40,000 people, including women, children and infants.

A woman and a child were among those killed, the Britain-based Syrian Observatory for Human Rights said.

At least three of the victims killed were civilians, but the identity of the other two was not immediately clear. Four others were wounded, it said.

On Dec. 10, a car bomb killed 16 people including two civilians and three Turkish personnel at a checkpoint in the town.

In July, a blast from an explosives-rigged motorbike ripped through a vegetable market, killing at least eight people, including six civilians.