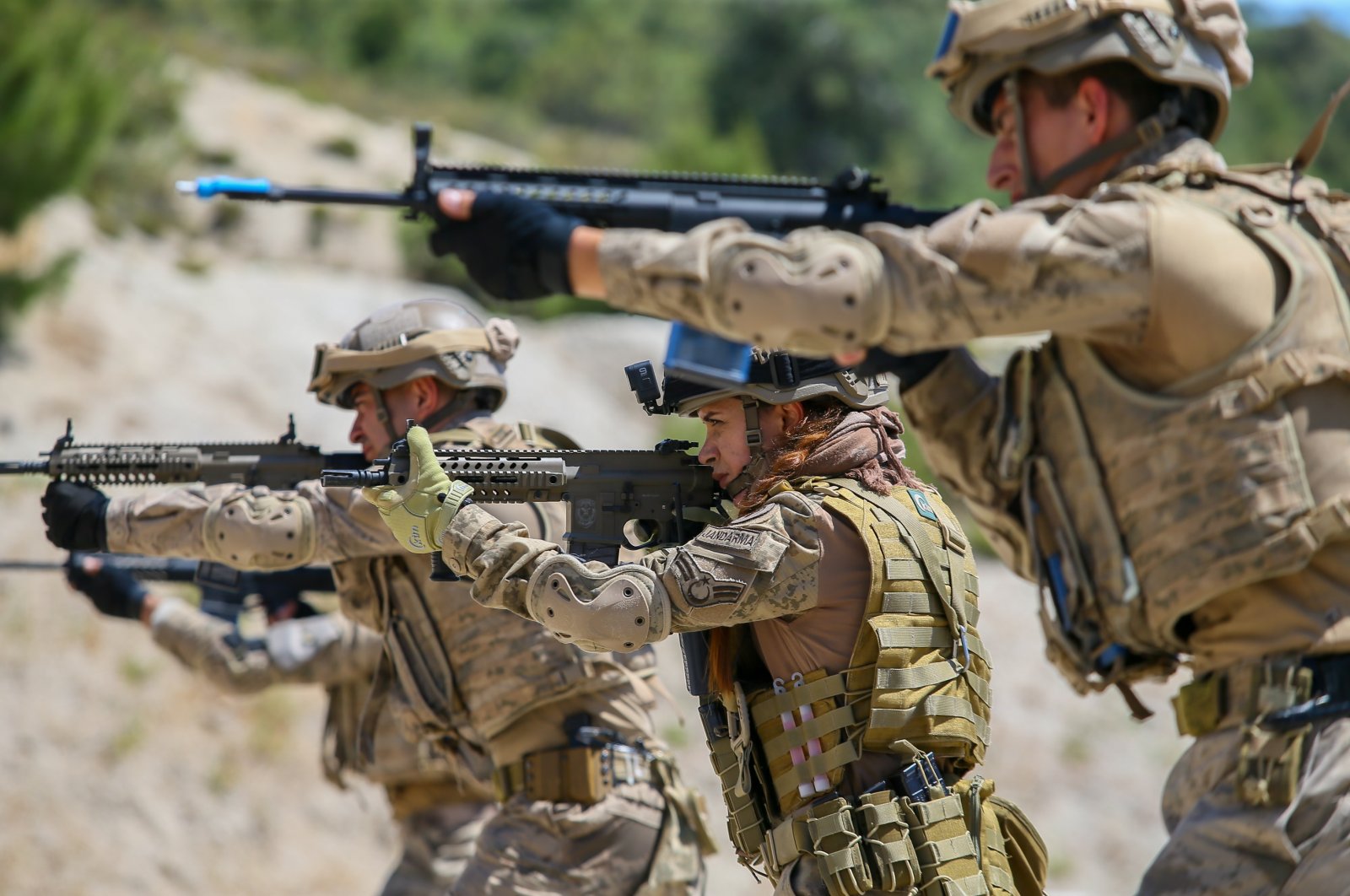 Another three PKK terrorists have surrendered to Turkish security forces, the Interior Ministry announced on Wednesday as the dissolution of the terrorist organization continues.

The terrorists joined the PKK in 2010 and 2015 and were last active in Iraq and Syria, the ministry said in a statement.

They escaped from the terrorist group following persuasion efforts by Turkish gendarmerie and police teams, and surrendered to security forces after entering Turkey, it added.

The number of terrorists who have laid down their arms through persuasion efforts this year now stands at 77.