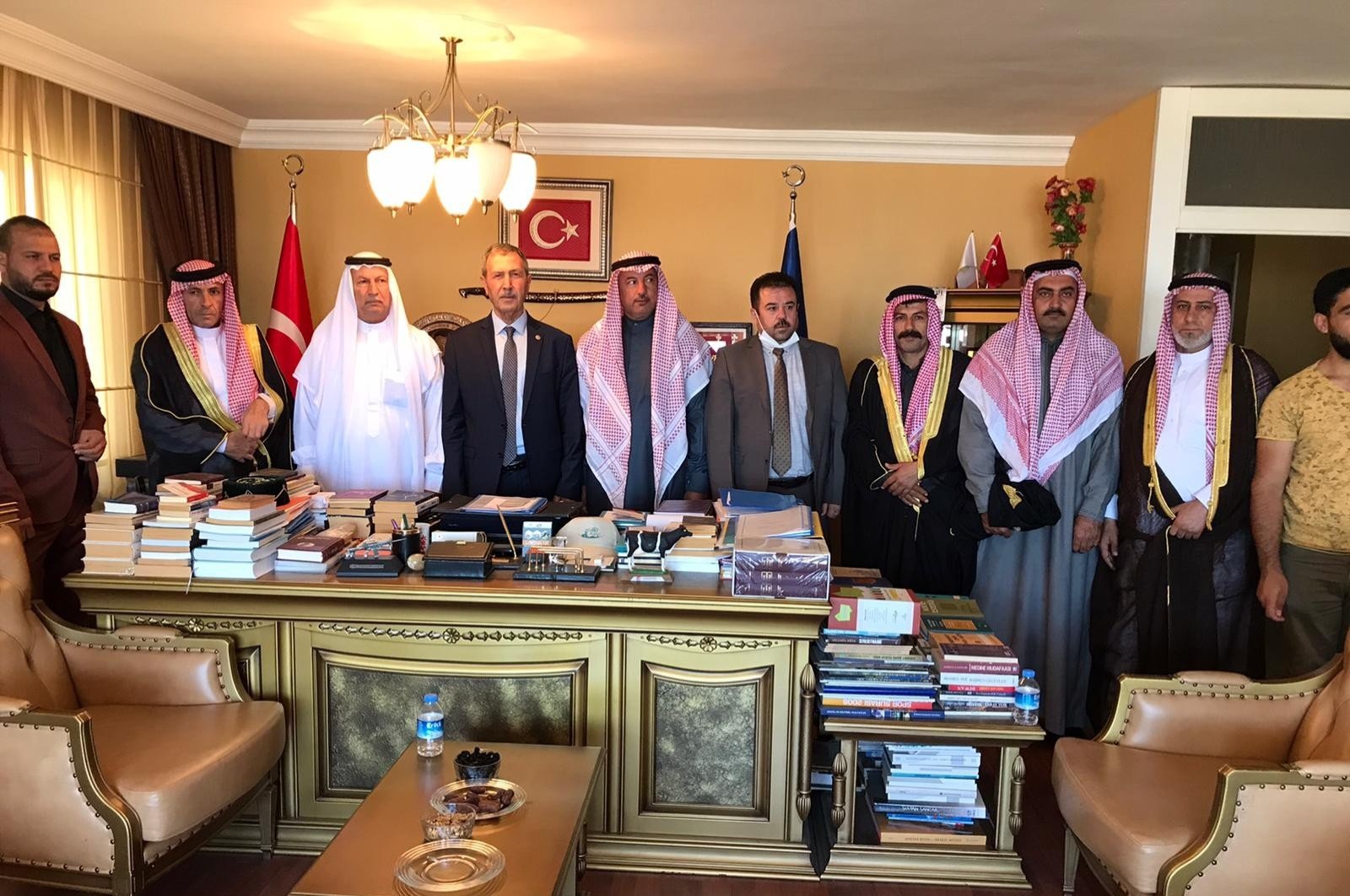 The leaders of 11 tribes have announced that they would like to join the fight against the YPG/PKK terrorists in northern Syria, in a meeting held with a former Justice and Development Party (AK Party) lawmaker in the capital Ankara.

Upset over the terrorist group’s oppressive governance, its assault on the region’s demographic structure and other rights violations, the tribal leaders declared they would band together after the assassination of two counterparts in Deir el-Zour province.

“The tribes say they are 100% against the PKK and refer to them as murderers,” former AK Party Şanlıurfa Deputy Mahmut Kaplan told the Yeni Şafak daily.

He continued by saying that their meeting focused on drawing a road map to plan the joint struggle against the terrorists.

“Each tribe will discuss how they can fight against the PKK and we will convene again after their discussions are over,” Kaplan said, adding that the tribes are eager to contribute to the fight against the YPG/PKK in northern Syria.

Syrian lawyers will also attend the next meeting, according to Kaplan, who noted that their meetings would focus on ensuring the unity and integrity of Syria.

Earlier this week, prominent Syrian Arab tribes, including Agedat, have demanded an end to the occupation of their lands by the YPG/PKK terrorist group in Deir el-Zour province. They demand that the U.S.-backed coalition hand administration of the area over to local tribes rather than YPG/PKK terrorists within a month.

People poured into the streets to express their outrage at the YPG/PKK’s killing of Sheikh Mutashar al-Hafel and Sheikh Ibrahim al-Hafel, leaders of the Agedat tribe, last week.

Two civilians were killed and at least five others were injured after the YPG/PKK clamped down on protesters.

The YPG/PKK establishes local councils in the areas it captured from Daesh with U.S. support, including Deir el-Zour, east of the Euphrates River.

Local people living in areas held by the YPG/PKK have long suffered from its atrocities, as the terrorist organization has a notorious record of human rights abuses, ranging from kidnappings, recruitment of child soldiers, torture, ethnic cleansing and forced displacement in Syria.