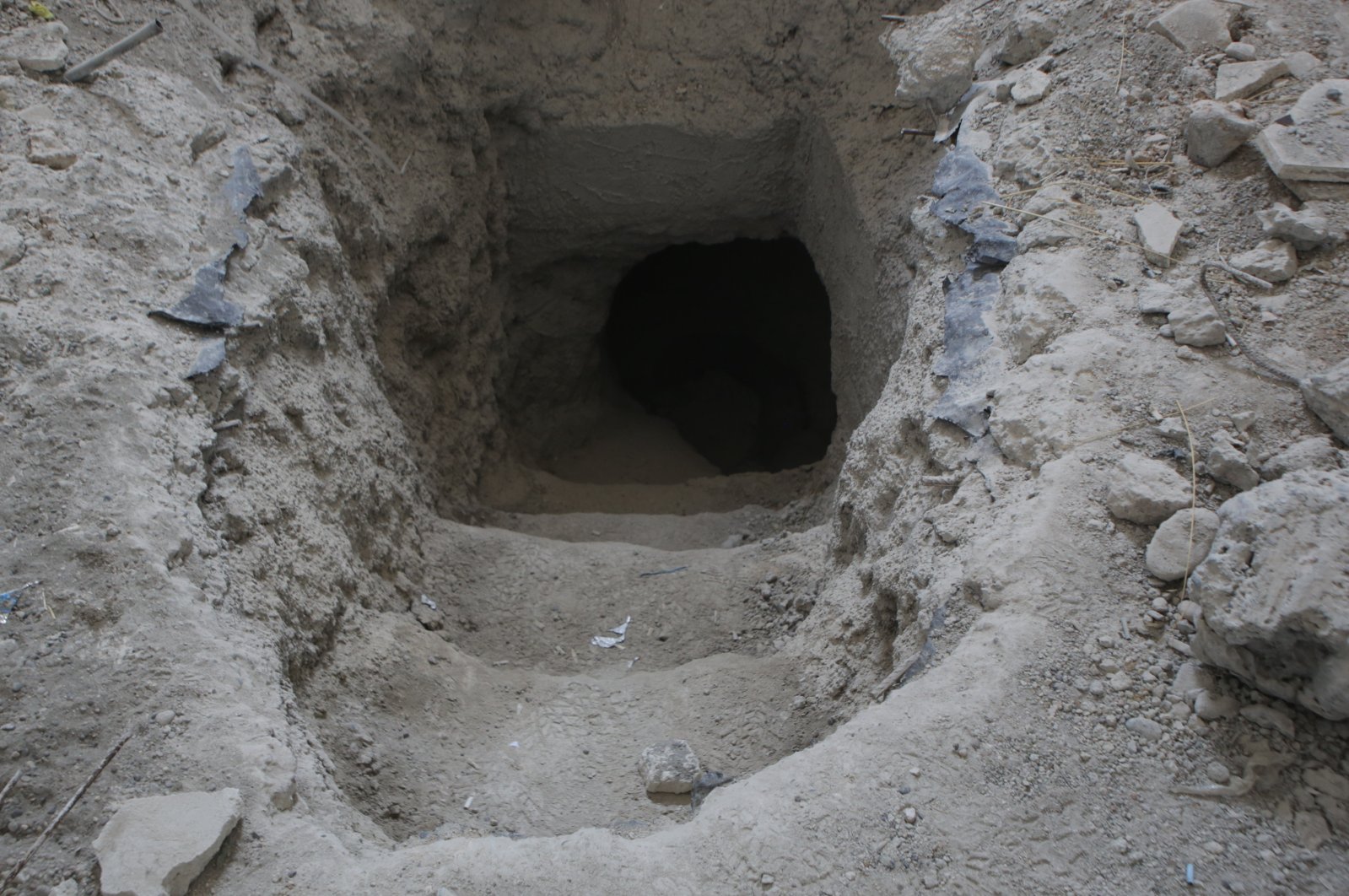 An undated photo shows the YPG/PKK tunnel on the Turkish-Syrian border. (AA Photo)
by DAILY SABAH WITH AGENCIES Apr 14, 2020 5:14 pm

A tunnel used by the YPG/PKK terror group between Syria’s Ras al-Ayn and Turkey’s border district of Ceylanpınar in Şanlıurfa province was discovered by Syrian National Army (SNA) forces.

The borderline tunnel, which is 500 meters long and more than 200 meters deep, reaches multiple locations with various corridors, according to Anadolu Agency.

The exit point of the tunnel was still under construction, the report said, adding that it had different sections.

A lighting system was also detected inside the tunnel. It was interpreted that the terror groups used the tunnel for the transportation of weapons and ammunition, smuggling, and escaping after attacks, Demirören News Agency (DHA) reported.

In its more than 35-year terror campaign against Turkey, the PKK – listed as a terrorist organization by Turkey, the U.S. and the EU – has been responsible for the deaths of some 40,000 people, including women and children. The YPG is its Syrian offshoot.