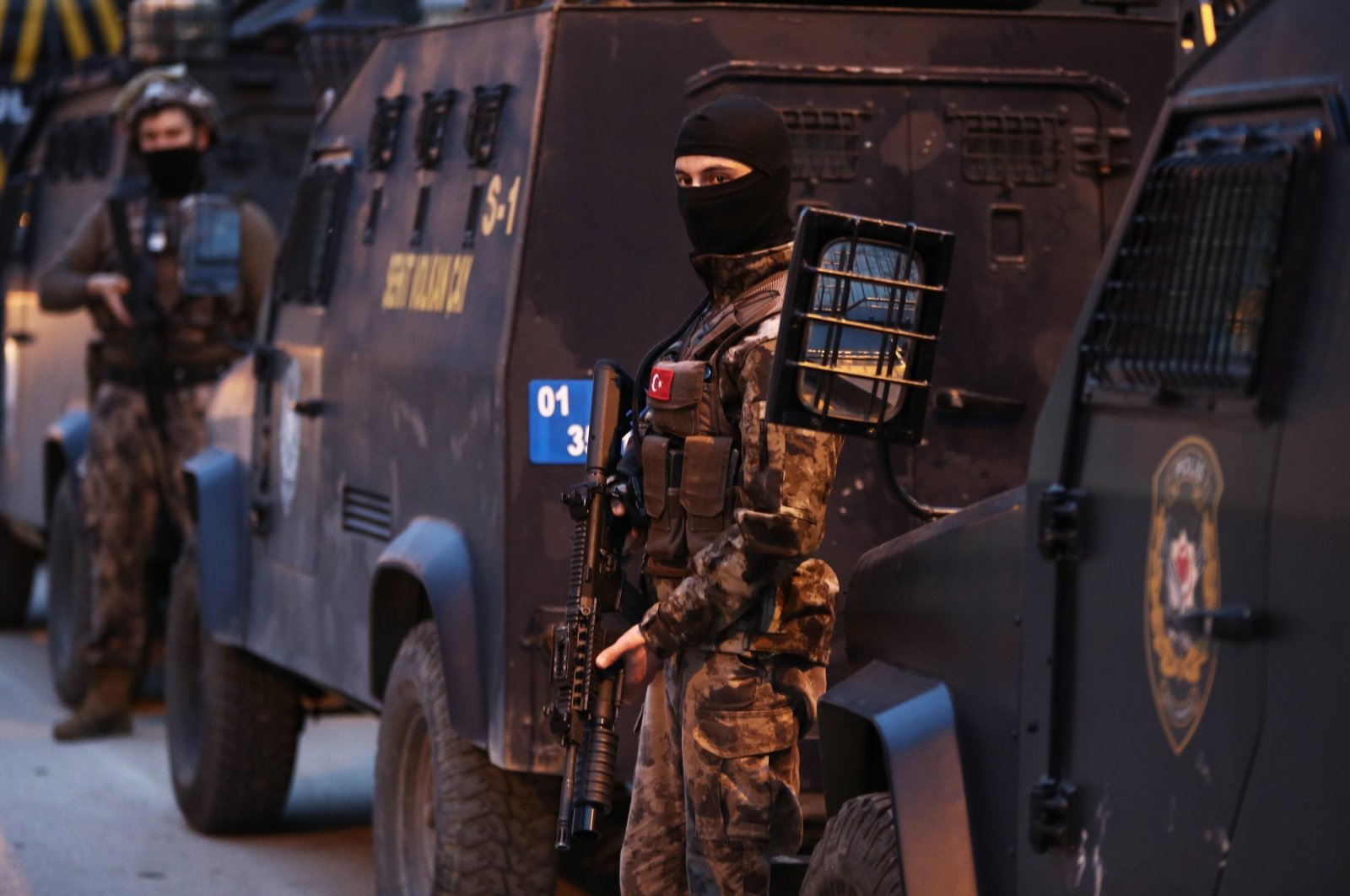 Turkish security forces on Friday nabbed 41 Daesh suspects and a PKK terrorist group suspect in counterterror operations across various provinces ahead of the New Year holiday.

At least 11 Daesh terrorist suspects were arrested in operations in the southeastern Gaziantep province, security sources said on Friday.

Raids were carried out in various areas of the Gaziantep province to nab suspects who were actively involved in the terrorist group's activities in conflict zones or in contact with known members, according to the sources, who requested anonymity due to restrictions on speaking to the media.

Separately, in the central province of Şanlıurfa, counterterror teams began operations against suspects who had entered the country illegally and were suspected of carrying out terrorist activities in Syria and Iraq. Seven Daesh suspects were arrested by Turkish security forces in the operations.

In the central Kırıkkale province, three Daesh suspects were arrested while five foreign national suspects were released on bail.

In the northern Samsun province, counterterror police launched an operation to nab seven Daesh terrorist suspects, all of them Iraqi nationals. Five suspects were arrested while efforts are underway to apprehend the remaining two.

Counterterror units in Istanbul nabbed 15 Daesh suspects and a PKK suspect during simultaneous operations on Friday.

Mindful of a New Year's Eve attack several years ago, Turkish forces have stepped up counterterror operations in the country to prevent possible attacks during the holiday season.

On Thursday, 30 Daesh suspects were arrested in the capital Ankara and the southeastern province of Sanliurfa.

The country has since been attacked by the terror organization multiple times. It has carried out at least 10 suicide bombings, seven bomb attacks and four armed attacks, killing 315 people and injuring hundreds more.