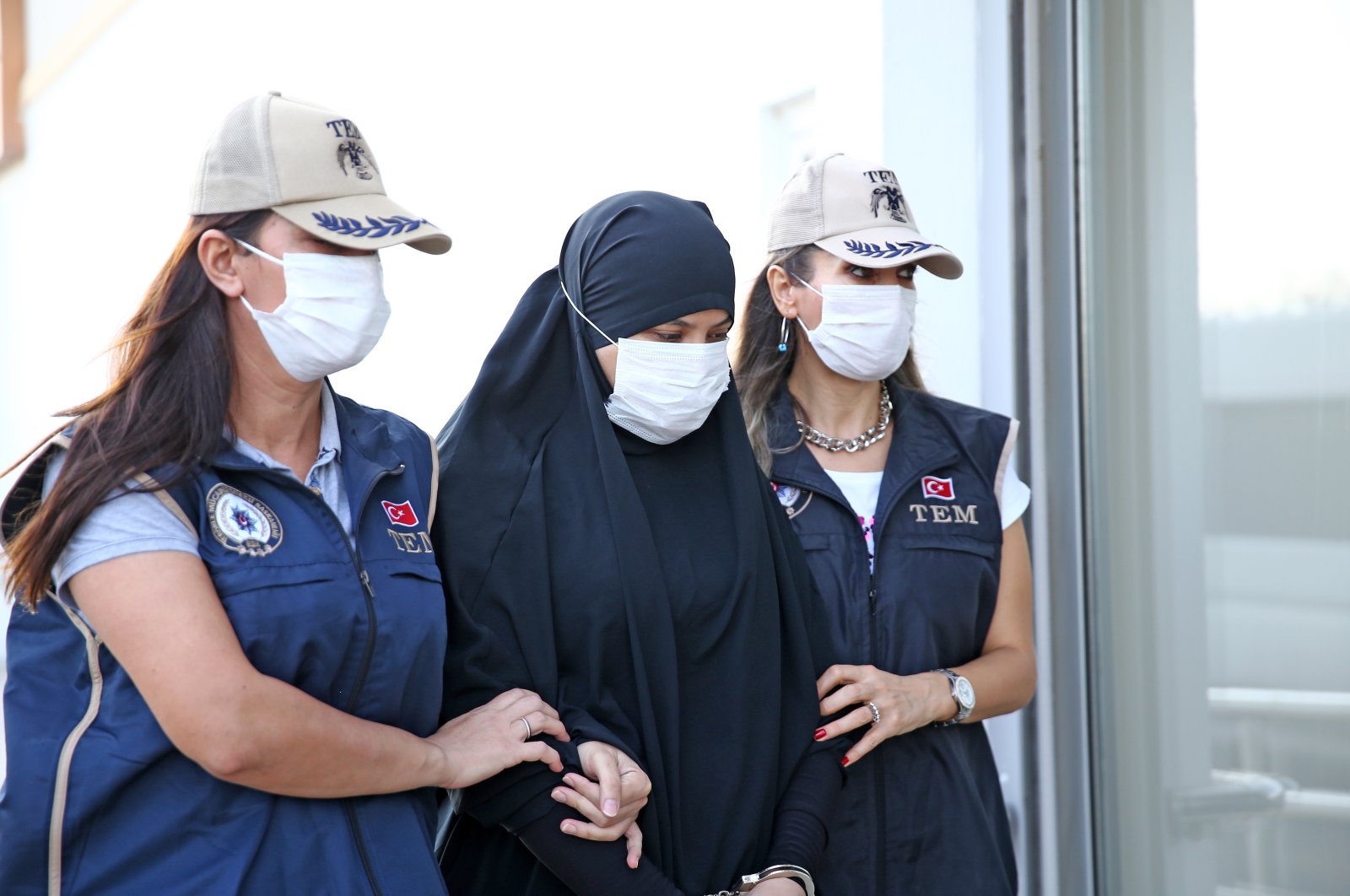 On Oct. 14, security forces in Adana captured Raissi, who is also wanted by Interpol, at her house where she was hiding.

Originally from Tunisia, 30-year-old Raissi was living in the province's Namık Kemal neighborhood with a fake Syrian identity.

After being taken into custody, the woman was interrogated for two days by security forces. Raissi denied everything in her statement and claimed that she escaped France due to domestic violence committed by her husband.

Raissi was a fugitive and wanted by France for four years. It was revealed that she entered Turkey five months ago from Syria.

Her first husband, Richard Raissi, was captured and arrested in southeastern Gaziantep province back in 2016. He was then evicted and deported from Turkey.

It was also determined that Raissi's brother-in-law is also a Daesh member.

After escaping to Syria, the terrorist group picked a member for Raissi to marry. She then had a child from this second marriage.

Interpol released a notification on Raissi, expressing that she is capable of committing "dangerous actions" and should be detained as soon as possible.

Previously, Turkish intelligence played a key role in the death of Daesh leader Abu Bakr al-Baghdadi by detaining and extraditing one of his aides to Iraq, who provided U.S. authorities with critical information for locating him.

The country also detained the so-called “Turkey emir” of Daesh, named Mahmut Özden, in August. He was planning to carry out an attack on Hagia Sophia Grand Mosque and target politicians, nongovernmental organization (NGO) heads and other prominent figures in Turkey, according to the official investigation.