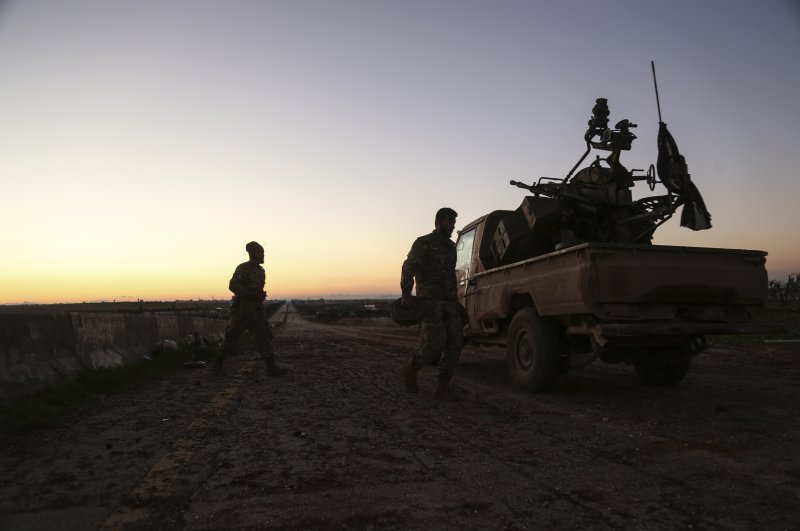 Taking back the strategic northwestern town of Saraqib from Assad regime forces, Turkish-backed opposition forces are now set to regain more territory in Idlib and facilitate the return of thousands of civilians that had fled due to the Assad regime's relentless assaults

After Turkish-backed opposition forces recaptured the strategic town of Saraqib in northwestern Syria’s Idlib province Thursday and cut off a highway linking the capital, the opposition is now eyeing to retake more territory in the region to halt the advance of the Bashar Assad regime and enable civilians’ return.

“Saraqib was only the first step; our battles continue, and we will not stop here. Rather, we will continue until groups loyal to Assad are expelled behind Turkish observation points,” a high-ranking military official of the Syrian National Army (SNA) told Daily Sabah. Opposition forces which have been advancing since the morning, have also established control in four surrounding villages near Saraqib. The opposition started an operation in the region near Saraqib on Feb. 20 and have successfully stopped the Assad regime from advancing further.

Saraqib is on a strategic crossroad connecting the country’s two main highways, M4 and M5. The M4 motorway connects the port city of Latakia to the Iraqi border while the M5 forms the backbone of the country's highways, connecting economic hub Aleppo to the central cities of Hama and Homs, the capital Damascus and to the Jordanian border farther south. Opening major highways in the region to revive a shattered war economy has been a key goal of the Russian-led campaign.

Saraqib, the second-largest city after Maaret al-Numaan in the province of Idlib, is also key in its close location to the Mediterranean Sea.

The Assad regime seized Saraqib in a Russian-backed assault earlier this month.

The military official stressed that regaining Saraqib was of high importance as it meant cutting off the M5 highway completely. “This means also that tens of thousands of civilians will be able to return to the town," he said.

The Assad regime's latest assault, which ignores the cease-fire deal, has caused nearly 1 million people to flee from Idlib since December, creating a dire humanitarian situation for the people left without shelter, food and other basic needs.

Several countries and the United Nations have made urgent calls for a cease-fire in Idlib, where the current humanitarian emergency has been described as the worst since the start of the conflict.

The latest development comes days after the regime reopened the road for traffic for the first time since 2012. The retaking of Saraqib marked a major gain against Assad's forces who have been advancing for weeks with a Russian-backed campaign to seize control of Idlib, the last opposition stronghold.

Backed by Russian air power, Assad's forces have over the past few days captured around 60 towns and villages in the de-escalation zone and neighboring areas.

On Monday, the SNA captured the key village of Nairab amid advances in the southern parts of Idlib. The village is a strategic location near Saraqib and was initially captured by the Assad regime forces on Feb. 3.

A large Turkish military convoy entered the northwestern province of Idlib earlier on the same day. There are also four observation points of the Turkish Armed Forces (TSK) in the strategic town, set up under the Sochi deal.

The Sochi agreement was reached on Sept. 17, 2018, by President Recep Tayyip Erdoğan and his Russian counterpart Vladimir Putin. According to the agreement, the cease-fire in the Idlib region would be preserved, with the withdrawal of heavy arms and radicals from the region. Yet the regime and its supporters have been violating the agreement by launching frequent attacks inside the territory where acts of aggression are expressly prohibited.

Idlib is home to some 3 million people, many of them displaced from other parts of Syria in earlier bouts of violence. Some 1 million refugees have moved toward the Turkish border in recent months, fleeing attacks by the Assad regime and its allies which caused a desperate humanitarian situation.

Meanwhile, a Russian military source cited by Russian news agencies said on Thursday that an assertion by the opposition that they had recaptured Saraqib from government forces was false and that the regime had successfully repelled the attack.