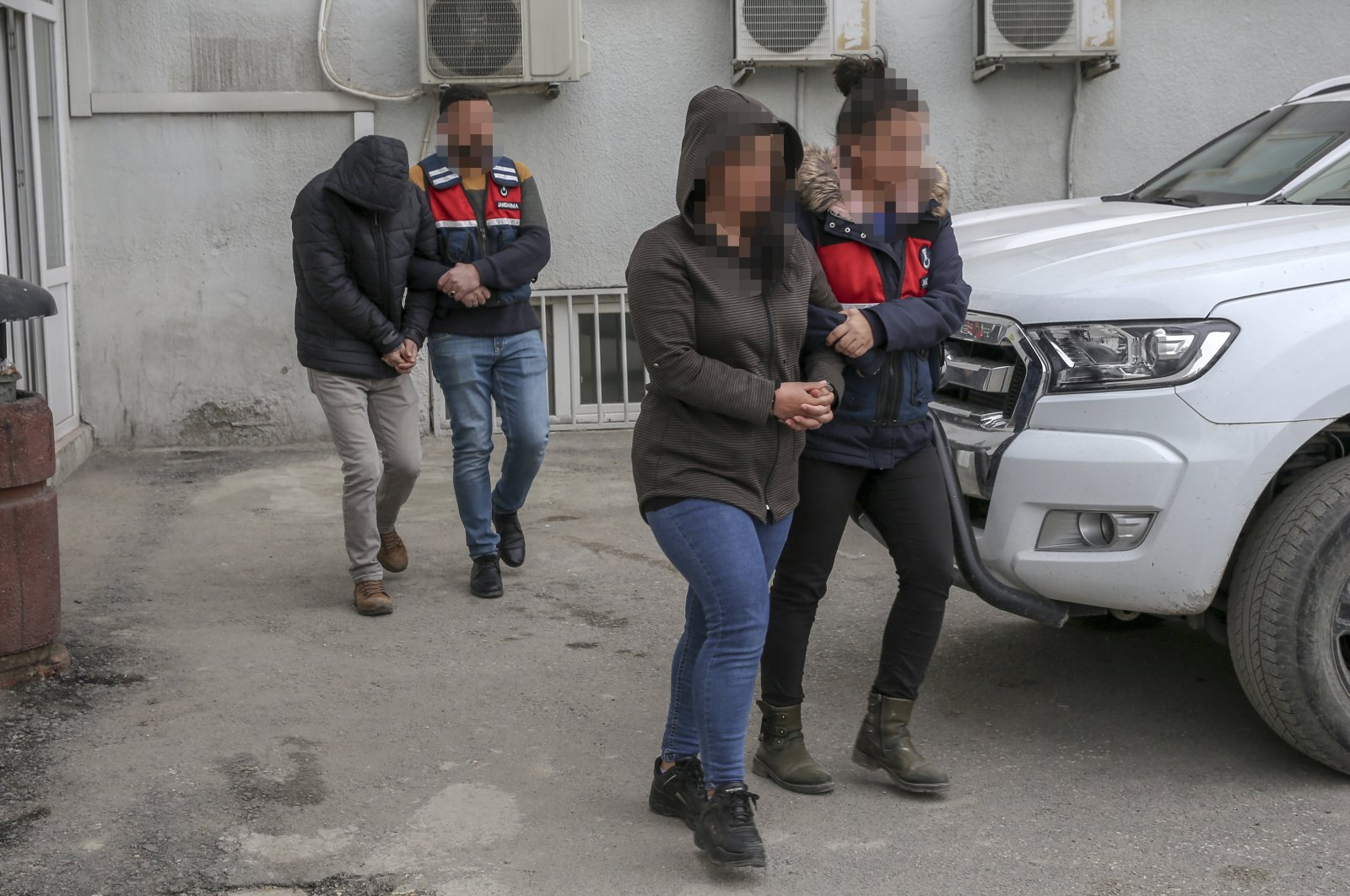 Captured terrorists, one of whom was a woman, were both members for more than 20 years and were revealed to be the personal bodyguards of Murat Karayılan, the PKK's acting leader, and Cemil Bayık, one of the masterminds behind some of the group's terrorist attacks, Monday, March 16, 2020. (AA)
by DAILY SABAH Mar 16, 2020 12:13 pm
RECOMMENDED

Two PKK terrorists who have been captured on March 9 by Turkish security forces in eastern Turkey’s Van province revealed to be working as senior bodyguards for leaders of the terrorist group during their interrogation yesterday.

Both captured terrorists were members for more than 20 years and were revealed to be the personal bodyguards of Murat Karayılan, the PKK's acting leader, and Cemil Bayık, one of the masterminds behind some of the group's terrorist attacks. The duties of the two terrorists were revealed during their first interrogation on Monday.

Security forces' counterterrorism surveillance operations captured the terrorists, one of whom is a woman, as they were trying to enter into the country from the Iran border on March 9.

During their interrogation, the terrorists revealed the current condition of the terrorist group, stating that the PKK is at the point of extinction.

Expressing that the group has bases in regions such as Zap, Metina, Gap, Haftanin, Hakurk and Qandil, the terrorists said many of the group's members who were located in those areas have either committed suicide or been executed by the PKK itself, which has led more to escape the terrorist group and surrender to Turkish security forces.

There has been a surge in the number of terrorists laying down arms and surrendering to Turkish security forces following a series of successful domestic and cross-border anti-terror operations. More than 40 terrorists have surrendered to Turkish forces since the beginning of 2020.

Many that have abandoned the group include individuals whose parents have been participating in an ongoing demonstration in front of the pro-PKK Peoples’ Democratic Party (HDP) headquarters in Diyarbakır. The parents demand the return of their children kidnapped by the terrorist group. Many terrorists, however, lack the courage necessary to leave the group out of fear of reprisals.

In its more than four-decade-long terror campaign against Turkey, the PKK, listed as a terrorist organization by Turkey, the U.S. and the European Union, has been responsible for the deaths of nearly 40,000 people, including women and children.

The captured terrorists also stated that the responsibility for the heavy costs to the PKK that were caused by Turkey's ongoing counterterrorism operations is being put onto low-ranking members by the senior figures.

Turkish security forces regularly conduct counterterrorism operations in the eastern and southeastern provinces of Turkey where the PKK has attempted to establish a strong presence. The Turkish Armed Forces (TSK) also carry out cross-border operations in northern Iraq, a region where PKK terrorists have hideouts and bases where they carry out attacks on Turkey. The operations intensified in July 2018 and gradually became routine.

It was also revealed during the interrogation that the PKK has been convincing children under the age of 18 to join the terrorist group and then abuse them with harassment and giving them drugs. They confessed that these children were being used at the forefront of the terrorist attacks, being forced to sacrifice themselves.

Noting their satisfaction in Van, after being caught, the terrorists said that if other members know the realities of the Turkish state, they would leave the PKK and surrender without a second thought.

After the interrogation, one of the terrorists was detained, while the other's processing is still ongoing.