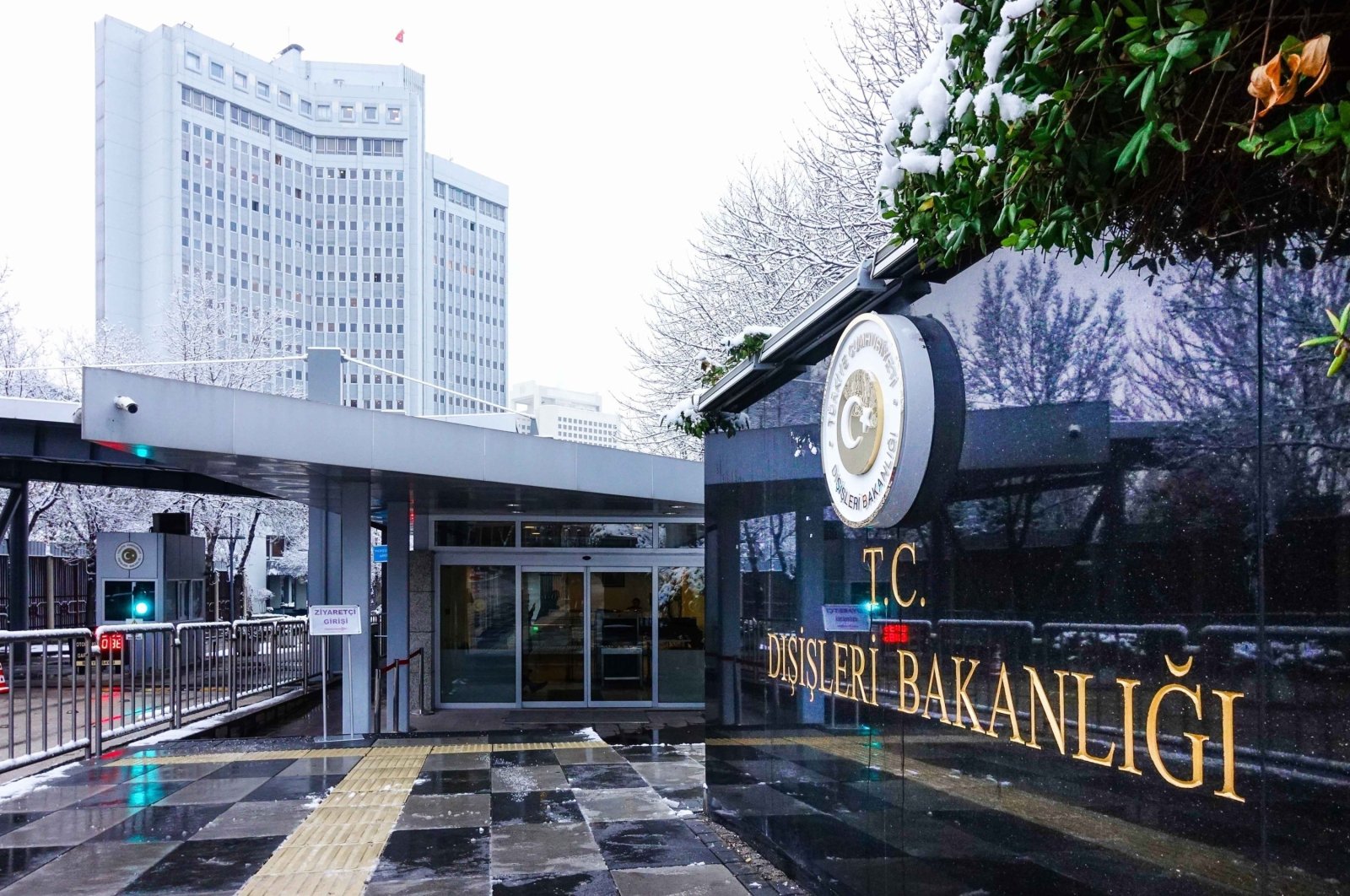 Turkey on Tuesday condemned Switzerland for allowing the PKK terrorist group's Syrian branch, the YPG, to open an office in Geneva and summoned the Swiss charge d'affaires to Turkey's Foreign Ministry in the capital Ankara.

YPG terrorists had recently said that they would open an office in Geneva, Switzerland, “to develop relations with European countries."

"Upon the opening of a so-called representative office under the name of 'Representation of the Autonomous Administration of Northern and Eastern Syria' affiliated with the PKK/YPG terrorist organization in Geneva, Switzerland, the Swiss Embassy in Ankara was invited to our ministry, protesting and asking for an explanation," Turkey's Foreign Ministry said in a statement.

Highlighting that attempts have been made before the Swiss authorities in this regard, the ministry emphasized that "attempts by this bloody terrorist organization and its affiliated groups to gain legitimacy and propaganda under names such as associations or nongovernmental organizations (NGOs) should not be allowed in any way, and that terrorist propaganda should be stopped immediately."

The ministry underlined that in the fight against terrorism, no distinction should be made between terrorist organizations.

"We remind those who embrace terrorist organizations because they do not target themselves, that this disease may one day hit them too," it added.

The statement also said that Turkey would resolutely continue its fight against the PKK, which is also recognized as a terrorist organization by the European Union, and its affiliated groups everywhere.

The PKK is a terrorist organization that is also recognized as a terrorist group by the EU. However, PKK followers are still able to hold mass rallies across EU cities and maintain their organizational presence. The group has also been able to recruit members and extract financial resources from its activities in Europe, including from drug trafficking.

The United States also supports the YPG and primarily partnered with the terrorist group in northeastern Syria in its fight against the Daesh terrorist group. Turkey strongly opposed the YPG's presence in northern Syria. Ankara has long objected to the U.S.' support for the YPG, a group that poses a threat to Turkey and that terrorizes local people, destroying their homes and forcing them to flee.

Under the pretext of fighting Daesh, the U.S. has provided military training and given truckloads of military support to the YPG, despite its NATO ally's security concerns. Underlining that supporting one terrorist group to defeat another is not possible, Turkey conducted its own counterterrorism operations, over the course of which, it has managed to remove a significant number of terrorists from the region.

Turkey has aimed to prevent the YPG from establishing a de facto autonomous region in northern Syria, which would border Turkey and connect the so-called northwestern Afrin "canton" to the so-called Ain al-Arab, also known as Kobani, and Jazeera "cantons" in the northeast. Ankara describes this as a "terror corridor" posing a grave security threat to its national security, underlining its possible impact on the PKK's activity within Turkish borders.