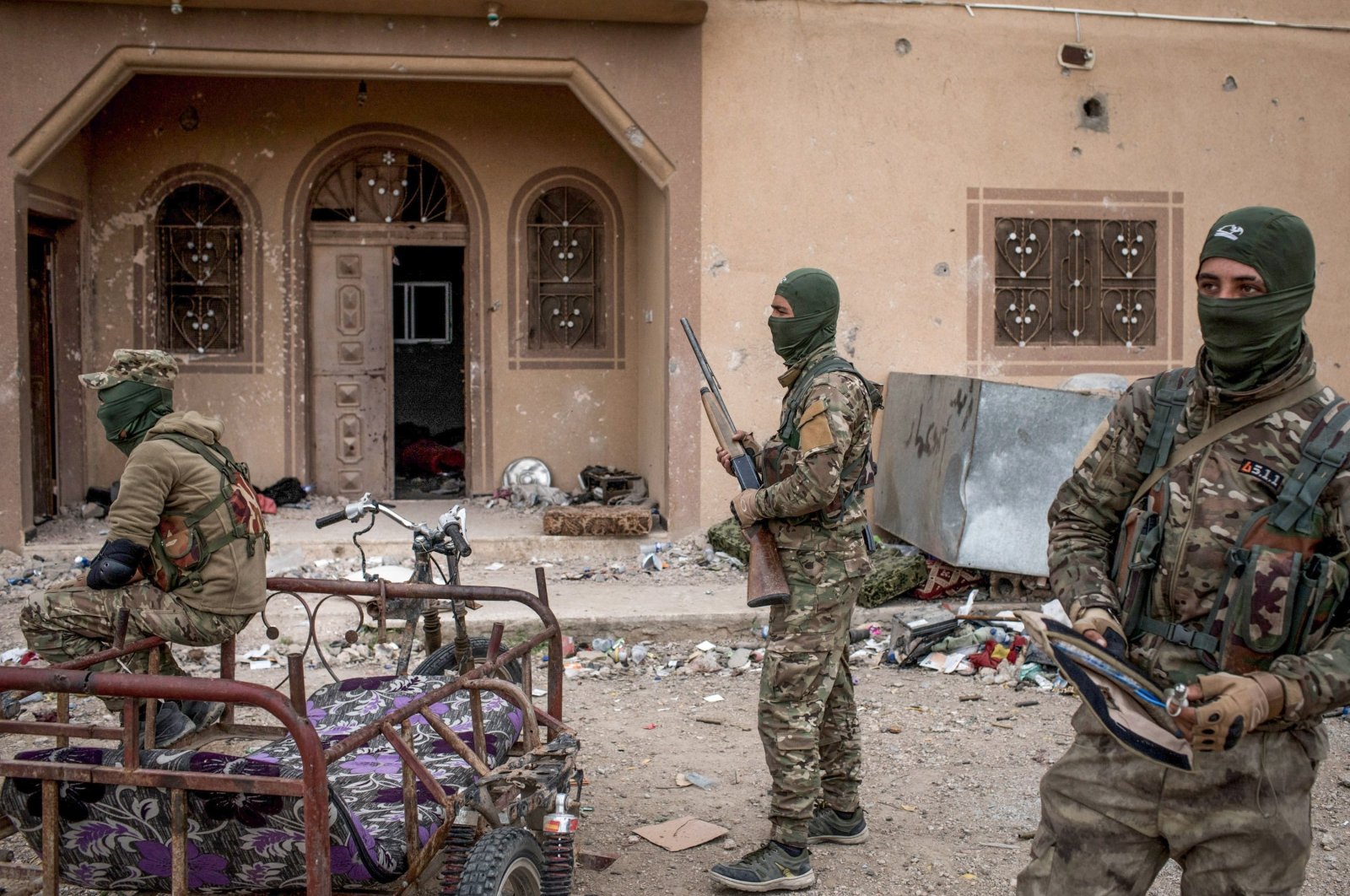 The Syrian wing of the PKK terrorist organization, the YPG, will open an office in Geneva, Switzerland, “to develop relations with European countries," the group announced.

The YPG’s so-called Autonomous Administration of North and East Syria (AANES), also aims to open representation offices in countries that play a role in the Syrian crisis, including Germany, France, Sweden and the Benelux countries.

This comes as the European Union's counterterrorism coordinator Gilles de Kerchove recently warned that the ties between far-left terrorist groups and the YPG have strengthened and that individuals joining the YPG/PKK from European countries have become capable of carrying out terrorist attacks on European soil.

The European far-left’s connection to the YPG/PKK was also mentioned in the “EU action to counter left-wing and anarchist violent extremism and terrorism: Discussion paper” prepared by Kerchove’s office and sent to delegations of EU member-states, which focused on Italy, Greece and Spain, where such terrorist attacks take place. It also noted that the far-left groups in European countries prioritize solidarity with far-left groups in northern Syria, which include the YPG/PKK.

The PKK is a terrorist organization that is also recognized as a terrorist group by the EU. However, PKK followers are still able to hold mass rallies across EU cities and maintain their organizational presence. The group has also been able to recruit members and extract financial resources from its activities in Europe, including drug trafficking.

Within this scope, France is one of the countries with the closest ties to the PKK, as the terrorist group has managed to get support from several presidents ranging from Francois Mitterand to the incumbent Emmanuel Macron through different means.

Macron especially upped his support of the YPG by inviting its members to the Elysee Palace in April 2019.

The U.S. also supports the YPG and primarily partnered with the terrorist group in northeastern Syria in its fight against the Daesh terrorist group. On the other hand, Turkey strongly opposed the YPG's presence in northern Syria. Ankara has long objected to the U.S.' support for the YPG, a group that poses a threat to Turkey and that terrorizes local people, destroying their homes and forcing them to flee.

Turkey has aimed to prevent the YPG from establishing a de facto autonomous region in northern Syria, which would border Turkey and connect the so-called northwestern Afrin canton to the so-called Kobani (Ain al-Arab) and Jazeera cantons in the northeast. Ankara describes this as a "terror corridor" posing a grave security threat to its national security, underlining its possible impact on the PKK's activity within Turkish borders.