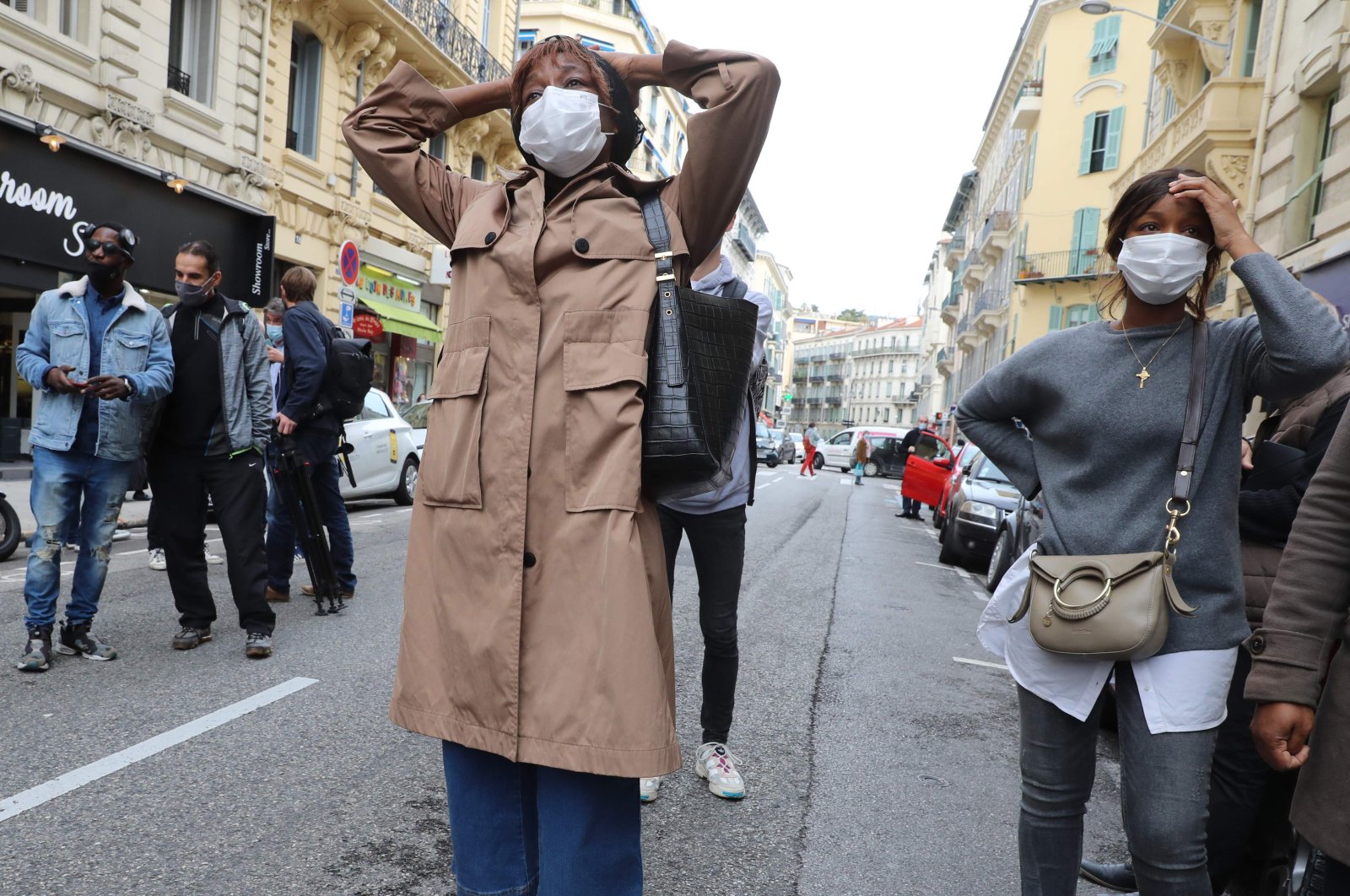 The Turkish Foreign Ministry released a statement on Thursday condemning a violent attack that killed three people in the French coastal city of Nice.

French police said on Thursday that three people were killed and several others injured in a knife attack near a church in the Mediterranean city.

"There is no excuse to take someone's life that would legitimize violence. It is clear that the ones who commit such a violent act in a holy place have no respect for any humanitarian, religious or moral values," the ministry statement said.

The ministry noted that as a country that simultaneously fights various forms of terrorism, Turkey stands in solidarity with the locals of Nice as well as the French people in their struggle against terrorism and violence.

Turkish Presidential Spokesperson Ibrahim Kalın also condemned the "heinous" attack, conveying his condolences to the people of France. "Terror has no religion, language or color. We will fight with determination and solidarity against all forms of terrorism and extremism," Kalın said.

Recalling President Recep Tayyip Erdoğan's call for global cooperation against terrorism and extremism, Turkey's Communications Director Fahrettin Altun said on Twitter that, "We renew that call once again while we reject the damaging rhetoric and actions against our religion and culture regardless of its ideological source."

Vice President Fuat Oktay also condemned the attack, repeating the call for total solidarity against extremism. "Violence and terrorism are incompatible with any religious or moral norms, especially if they take place in a place of worship," Oktay said.

A woman was said to have been decapitated during the knife attack in Nice, according to news reports.

The assailant was arrested after the Thursday morning attack and taken to a nearby hospital after being injured during his arrest, a police official said. He is believed to have acted alone, the official added.

Shortly after the attack, French police shot and killed another man after he had threatened pedestrians with a weapon in the city of Avignon, French radio station Europe 1 reported.

Another assailant was arrested after attacking a guard at the French consulate general in Saudi Arabia's Jeddah.

In addition to Turkey, condemnations also came from the Vatican and European leaders. Pope Francis prayed for the victims as the Vatican said, "Terrorism and violence can never be accepted."

"Today's attack has shown death in a place of love and consolation. The pope is aware of the situation and is close to the mourning Catholic community," Vatican spokesperson Matteo Bruni said.

The pontiff urged people in France to "unite to combat evil with good."

European Union leaders expressed solidarity with France as well and pledged to confront "those that seek to incite and spread hatred."

"I condemn the odious and brutal attack that has just taken place in Nice and I am with France with all my heart," European Commission President Ursula von der Leyen tweeted.

"My thoughts are with the victims of this hateful act. All of Europe is in solidarity with France. We will remain united and determined in the face of barbarity and fanaticism."