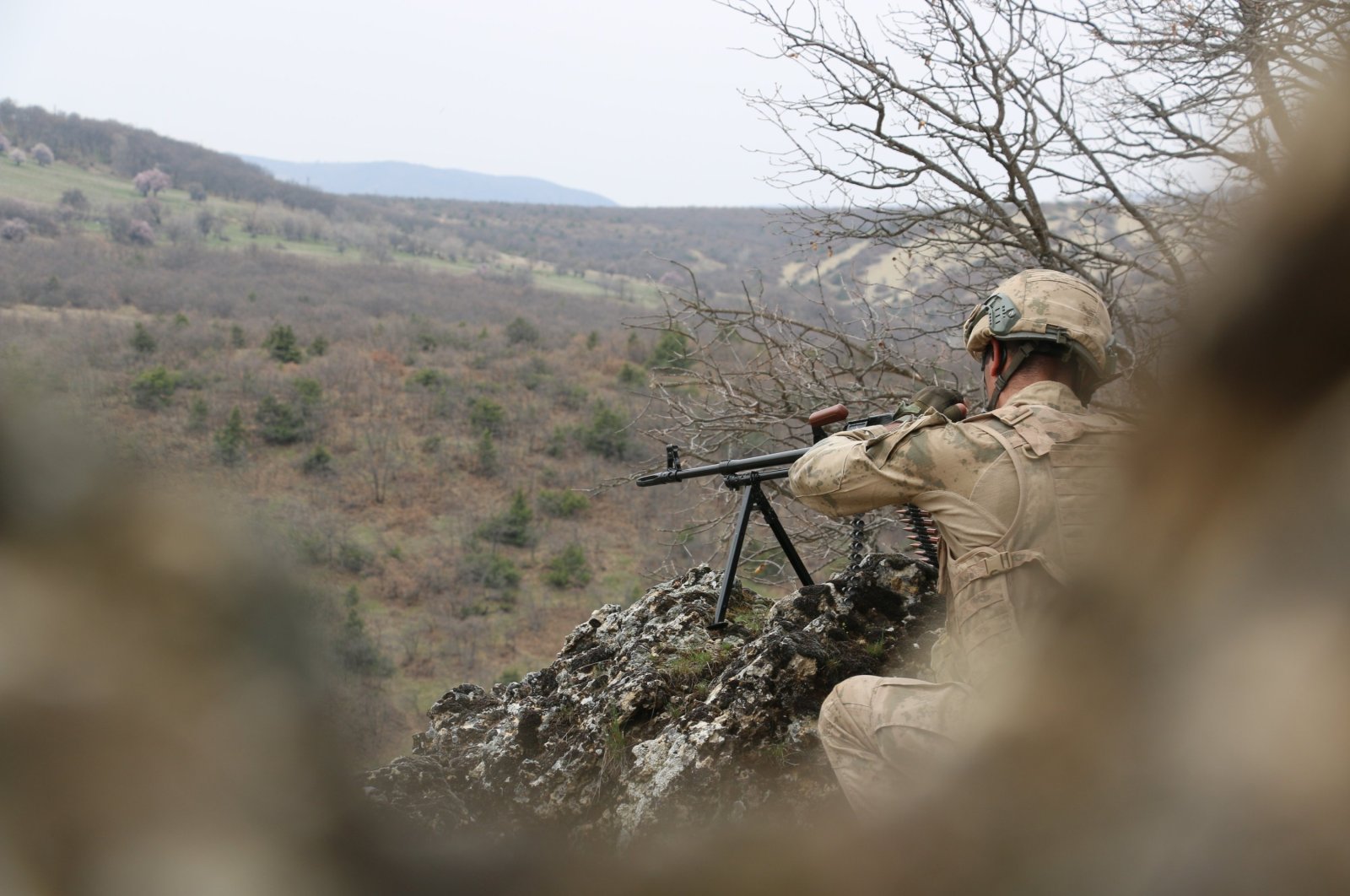 A Turkish soldier participates in Operation Eren-7 in Tunceli province, Turkey, in this undated photo. (IHA File Photo)
by DAILY SABAH Aug 27, 2021 11:20 am

In a written statement, the ministry vowed to continue to destroy terrorist elements and their hideouts.